“People were crying and screaming, everyone was afraid.”

On May 3, intense fighting broke out around Lashkar Gah, in Afghanistan’s Helmand province, which has long been plagued by conflict. The city’s main trauma hospital focused on the most critically wounded patients, while others were referred to Boost hospital, which is supported by Doctors Without Borders/Médecins Sans Frontières (MSF). Over the course of one week MSF treated 93 people for bullet and shrapnel wounds and other injuries, 53 of them over the first two days of the conflict. The fighting died down over the Eid holiday but has since resumed, and today MSF is once again treating war-wounded patients.

But even with the influx of war-wounded people, the average number of patients seen at Boost hospital actually dropped. In the first three days of fighting, consultations in the emergency room and admissions to the maternity ward both fell by 20 percent, indicating that many people who needed health care were unable to reach it. 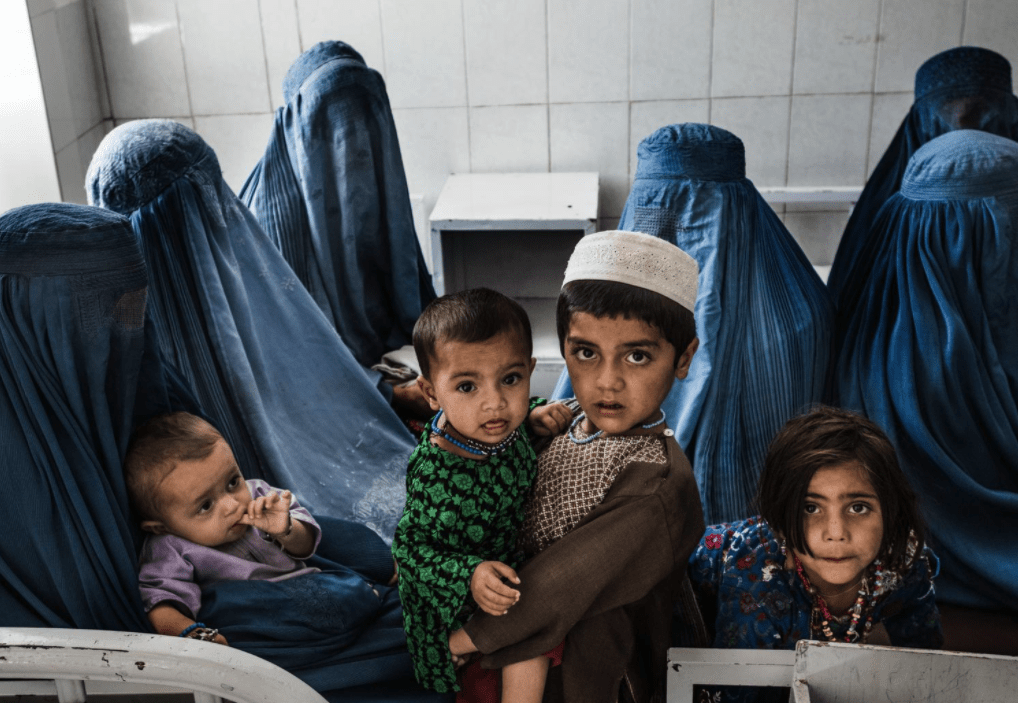 When the fighting began many people attempted to flee into Lashkar Gah city, leaving their homes and possessions behind. But access routes were blocked and some people were forced to make long, dangerous, and circuitous journeys to reach safety. Many had no choice but to wait for the fighting to die down before seeking lifesaving health care, while others took their chances traveling to the city. MSF patients report that bridges were destroyed, further impeding access to care.

Boost is the only referral hospital in Helmand province and is a lifeline for some 1.3 million people in the region. MSF supports the emergency room, surgical unit, inpatient department, maternity department, neonatology unit, laboratory, and radiology department, as well as the 82-bed pediatric department. In 2020 teams at the hospital provided more than 110,000 consultations, assisted over 17,000 births, and performed over 4,900 surgeries.

When conflict breaks out, health needs don’t disappear. Pregnant people, malnourished children, and many others still need to access medical care. Here, patients, caretakers, and hospital staff share their stories from the first 48 hours of the fighting.

Ahmadullah’s 12-year-old nephew Samiullah suffered a gunshot wound to the head on the first day of the fighting.

“He lives between the district where the fighting was happening and the city, near a checkpoint. The clinic is far from the house, near the district office, and on that day, it was surrounded by fighters.

No men were at home when Samiullah was shot, so the women brought him to another village, crossing the lake on foot to get there. When they reached the village someone with a motorbike brought my nephew to the city.

A five-minute journey took two-and-a-half hours and they went the back way. Fighting was ongoing on the main road. No one could take the highway, the paved roads, they had to go from field to field.

Samiullah went to the operating theater to have small pieces of the bullet removed from his head. He’s doing very well compared to when he first came.

After being discharged from here he will come back to my house, as he needs to return to the hospital, and for the time being no one can reach where he lives.”

A mother brought her child to the emergency room.

“My son is 11 years old and he has been suffering from diarrhea and fever for about 10 days. He’s very weak and very pale. The local doctors couldn’t treat him.

The journey took us five or six hours instead of 30 minutes. There were so many obstacles on the way.

We left in the morning from Babaji when the sun was rising. We had to cross the river and our motorcycle stopped working so we left it behind. My son was very weak and couldn’t move on foot. There were bullets in the air as we traveled.

We brought him here because we thought he might die. The journey took us five or six hours instead of 30 minutes. There were so many obstacles on the way.”

Shagul came to the hospital with her eight-year-old granddaughter Maliha, who was shot in the abdomen.

“My husband took Maliha and the others to the mosque to pray and then break their fast. Maliha was shot at prayer time, outside the mosque.

We had no transport to bring her to hospital, but people helped us. A man brought his motorcycle but, as the way was blocked, they had to use a very far away road to reach the hospital.

Her grandfather went with her and she was bleeding a lot. He was hugging her. They reached a small river that they couldn’t cross. There was shooting in the area and there were many people on the road. They took other small roads, as they couldn’t travel on the main road.

I didn’t watch the clock, but it was late at night when she arrived at the hospital. We worried all night, and I came in the morning. I don’t have information about anyone else in the family because the phone is not working

We are so tired of this war.”

An MSF nurse recalled her time working in the neonatal intensive care unit.

“Our home is in Bolan, and yesterday the fighting started in our village. People were crying and screaming, everyone was afraid. People who had come from further away arrived running, without shoes, without their hijabs, without anything. And armed men were entering the houses.

Even in a film, in a movie, we cannot find anything as dangerous as this.

People were crying and screaming, everyone was afraid. People who had come from further away arrived running, without shoes, without their hijabs, without anything. And armed men were entering the houses.

A shell fell on our house. One of my cousins died, and another was injured. They were outside the house at the time. My father and brother brought them to one of the city hospitals for treatment.

Last night I went to Bolan to fetch my family, my children, and bring them here to accommodation I have rented, a safe place in Lashkargah.

There was shooting all around and bullets were entering our home. I had to get them out. Thank God we have enough money to manage this situation, but I know for other people things are very bad.

My father has a shop in Bolan so during the night he went to our home and took all our possessions and put everything in his shop and locked it up. In the morning when my father went back to the shop it had been broken into and everything was lost.

Every important thing that we took from our home, everything is gone.

We were in a safe place and suddenly this happened to us. Imagine those people who are always living amid the war. Those who spend months and months in these situations. We should think about their lives. They don’t have anything to eat. They don’t have anything to treat their diseases, treat their babies. I have lost brothers, sisters, uncles, cousins and neighbors over the years. They have lost many; some have lost everything.”