Bangladesh: Hundreds of Thousands of Rohingya Seek Refuge From Violence in Myanmar

Since August 25, more than 620,000 Rohingya refugees have fled Myanmar and crossed the border into Bangladesh. Spurred by a campaign of targeted violence against the Rohingya ethnic minority, this massive exodus is just the most recent episode in a decades-long cycle of persecution and displacement.

Now, there are concerns that those Rohingya who remain in Myanmar's central or northern Rakhine state regions might soon be forced to flee as well. Some 150,000 Rohingya are believed to be living in northern Rakhine, 60,000 of whom are in the town of Buthidaung. Independent international humanitarian organizations are still blocked from operating in the region, leaving tens of thousands of people cut off from adequate medical care. The government of Myanmar has decided to work with only a select group of organizations to provide aid, a solution that that will not cover the enormous needs. Doctors Without Borders/Médecins Sans Frontières (MSF) is asking for unfettered access to Rakhine to ensure the impartial delivery of aid to those in need. 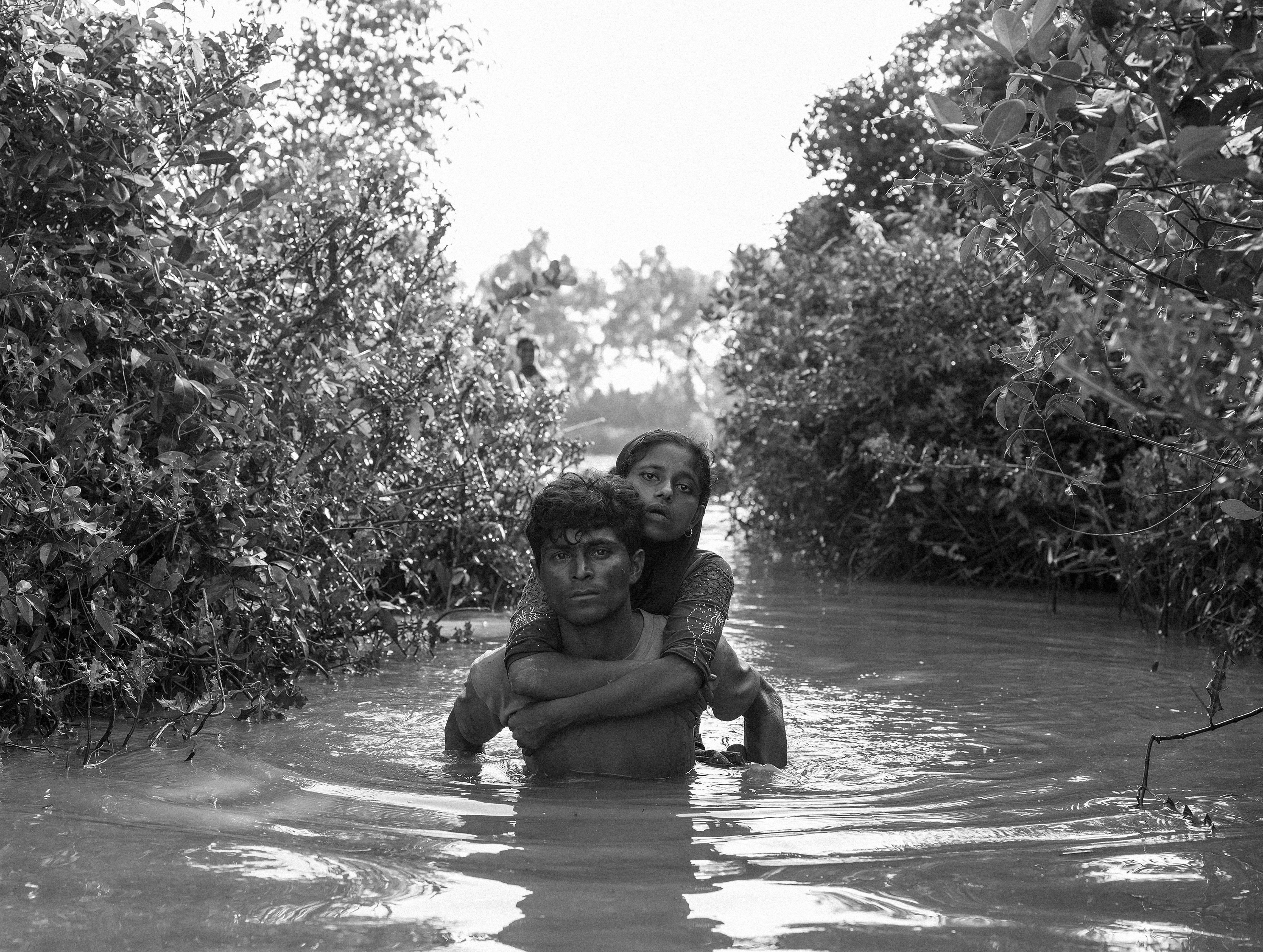 There are also reports of several thousand Rohingya who remain stranded on the beach in Myanmar, desperately looking for a way to flee into Bangladesh. It is essential that Bangladesh continue to provide safe refuge for the Rohingya fleeing violence.

The sudden influx of refugees arriving in Bangladesh join hundreds of thousands of Rohingya who arrived in previous years and have been living in atrocious conditions. MSF has significantly scaled up its medical and water and sanitation efforts in Bangladesh's Cox's Bazar area to support the growing population. Many other aid providers, including the Bangladeshi government, have responded by providing food, shelter, health care, and water. But the absence of roads into the huge, densely populated refugee camps means that aid is still not reaching many who need it. If the situation does not improve, a public health emergency is possible.

MSF provides medical services to Rohingya refugees in Bangladesh through 15 clinics and health posts and two mobile clinics in areas around Cox's Bazar. Other activities include water and sanitation efforts (water trucking and hand pump, tube well, and latrine installation) and mental health care services. MSF currently has 909 Bangladeshi and international staff members involved in the response, and has treated more than 67,169 patients since the end of August.

The most common ailments are respiratory infections and diarrheal and skin diseases, while cases of infant malnutrition are increasing. These diseases are all directly related to the poor living conditions in the settlements.

MSF's largest health structure in the Cox's Bazar area, Kutupalong Health Facility, has been expanded from 50 to 70 beds, with new wards and isolation capacity prepared for infectious diseases. In October, MSF opened a second inpatient facility in Balukhali with a 50-bed capacity and a focus on mother and child health. MSF plans to open two additional inpatient clinics in the region by the end of November and the end of December. 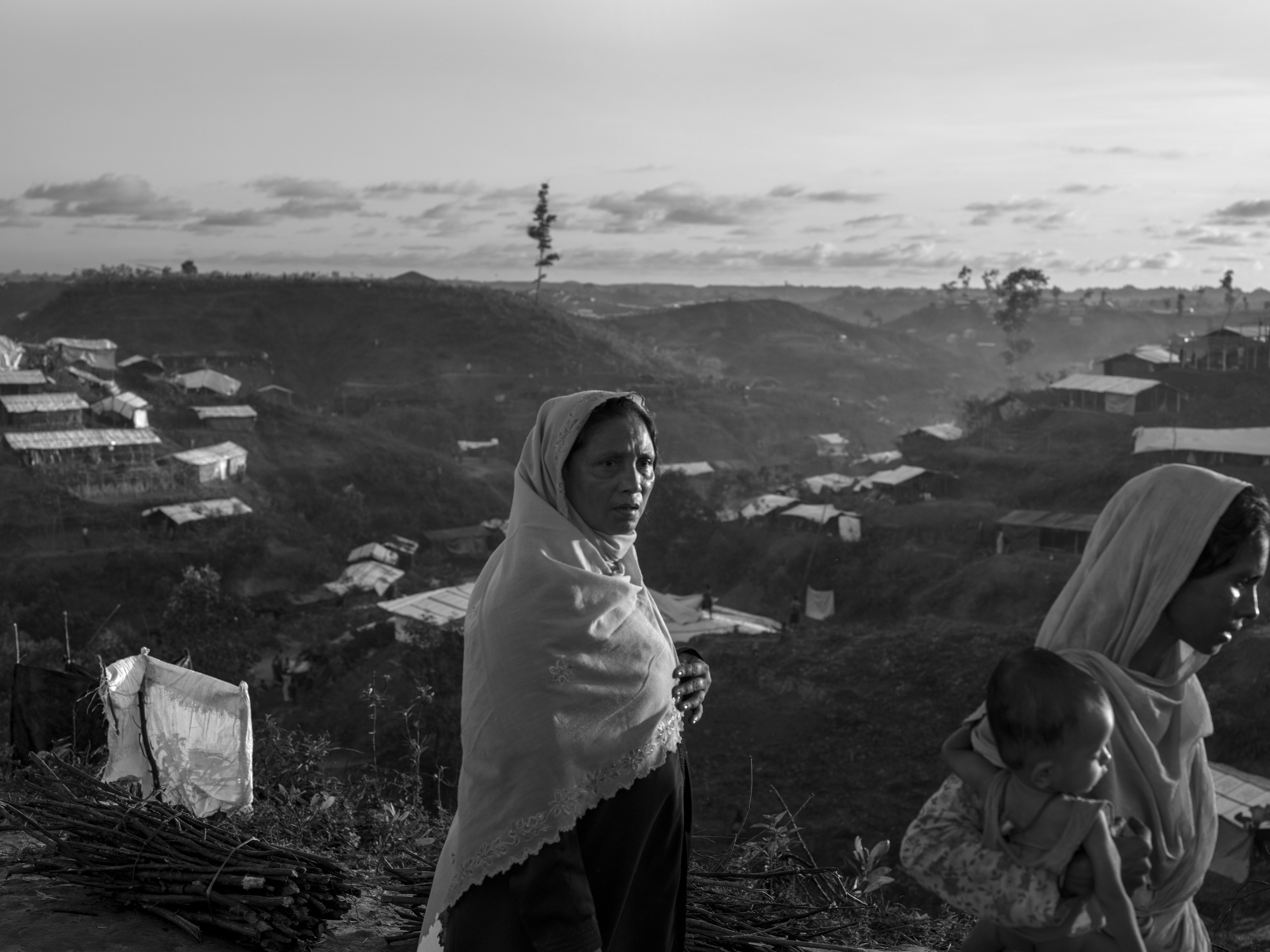 In the first three weeks after the influx of refugees began in late August, MSF teams in Bangladesh treated more than 250 newly arrived patients for bullet, blast, and stab wounds and injuries related to sexual violence. MSF is gathering reports of ongoing violence in Myanmar from refugees who flee into Bangladesh daily.

Since August 25, MSF has treated 88 women and girls who survived sexual violence. More than 90 percent are Rohingya refugees who fled Myanmar after August 25. Half are under the age of 18, including several under the age of 10. Patients are referred to MSF's sexual and reproductive health unit in Kutupalong, Bangladesh, where specialized staff provide treatment for trauma, including sexual assault and rape.

A growing number of children are presenting with measles at MSF health facilities in Bangladesh, which is a sign of insufficient vaccination coverage. The densely populated settlements exacerbate the risk of further spread of measles, a highly contagious disease that is especially deadly for young children.

At least 566 suspected measles cases have been treated in MSF facilities since mid-October, and up to 20 patients suffering from severe measles were admitted daily in the second week of November. Bangladesh's Ministry of Health is conducting a measles and rubella vaccination campaign that began on November 18 and will run for 12 days with the aim of vaccinating 336,943 children between the ages of six months and 15 years. MSF will support this campaign with community mobilization, site identification, logistics, and transportation of vaccines. MSF is also vaccinating children and pregnant women for measles, rubella, polio, and tetanus at its facilities in the Cox's Bazar area in accordance with national protocols.