Doctors Without Borders/Médecins Sans Frontières (MSF) is in the process of conducting a vaccination campaign of an unprecedented scale in the Central African Republic (CAR). According to official statistics from 2013, around one in every 10 infants under the age of one has not been fully vaccinated. Thierry Dumont, head of mission in CAR, has been reviewing the situation there.

What does the ‘multi-antigen’ vaccination campaign in CAR consist of exactly?

This preventive vaccination program is the most important campaigns that MSF has ever conducted in CAR. Its aim is to protect children under the age of five from a number of diseases, including polio, tetanus, diphtheria, whooping cough, hepatitis B, measles, and certain strains of pneumonia and meningitis. It requires a significant amount of financial, logistical and human resources. We are carrying out several vaccination rounds as certain vaccines requires multiple doses in order to be fully effective.

For example, in the town of Berbérati and the surrounding area, in the southwest of the country, we have just deployed 16 mobile teams, consisting of almost 370 medical staff and health promotion workers as well as dozens of cars and motorbikes stationed at 43 vaccination sites. We managed to vaccinate 14,000 children in just five days. The campaign is still ongoing in less accessible rural areas, as we must reach people who do not have access to transport.

Why is MSF conducting such a large-scale vaccination campaign in CAR?

Since the crisis in 2013, the country has had to contend with a severe shortage of health services. Around half the population is in constant need of emergency humanitarian aid. Vaccine coverage is very low: only 13 percent of children are fully covered. Between 2012 and 2014, the number of children who were fully immunized against measles fell by more than one third, from 64 percent to 25 percent. In a country such as CAR, the risk of epidemics is very high – as are the number of deaths that can be attributed to vaccine-preventable diseases. It is essential that the highest possible number of children are protected.

The work of the National Vaccination Program is very difficult; there are many health centers that do not function properly, and access to medical supplies in certain regions is complicated further by security and logistical issues. Furthermore, the poorest families are simply unable to afford healthcare fees.

Therefore, in collaboration with the Ministry of Health, MSF has launched this landmark catch-up vaccination campaign in order to protect children who should have been vaccinated against these diseases but who have not yet been. We have already vaccinated more than 73,000 children across several regions and are pressing ahead elsewhere in the country. 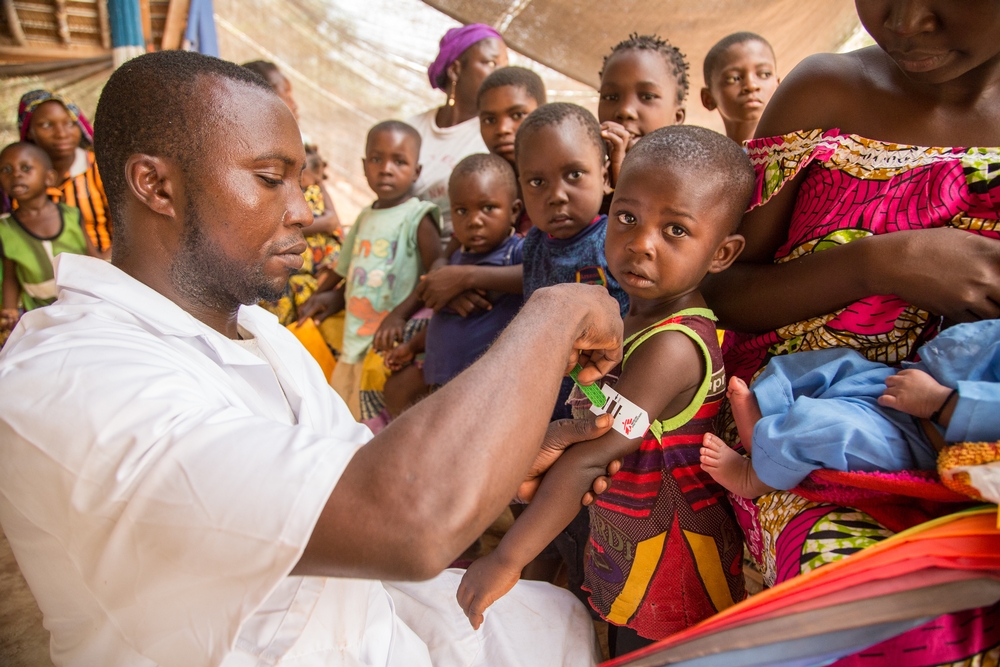 What challenges have you encountered with this program?

More than anything, the challenge is a logistical one: we have to ensure a cold chain in a region where temperatures approach 40 degrees Celsius (about 104 degrees Fahrenheit). It is absolutely crucial that we find solutions so that the vaccines we administer to the children are fully effective. We also have to transport our equipment and materials to areas that are very remote and difficult to access. In June, the arrival of the rainy season can make the campaign even more challenging, as the roads become impassable.

Another significant obstacle is the issue of security. While the Berbérati area is calm, in other regions of the country there are still sporadic clashes, and the presence of bandits on the roads restricts our activities to the major towns. In these circumstances, we are strengthening our family awareness program by working closely with community leaders, as well as maintaining routine vaccination operations in the health centers where we are already active. Our program has one fundamental aim: to ensure that children are protected from preventable diseases for many years to come. 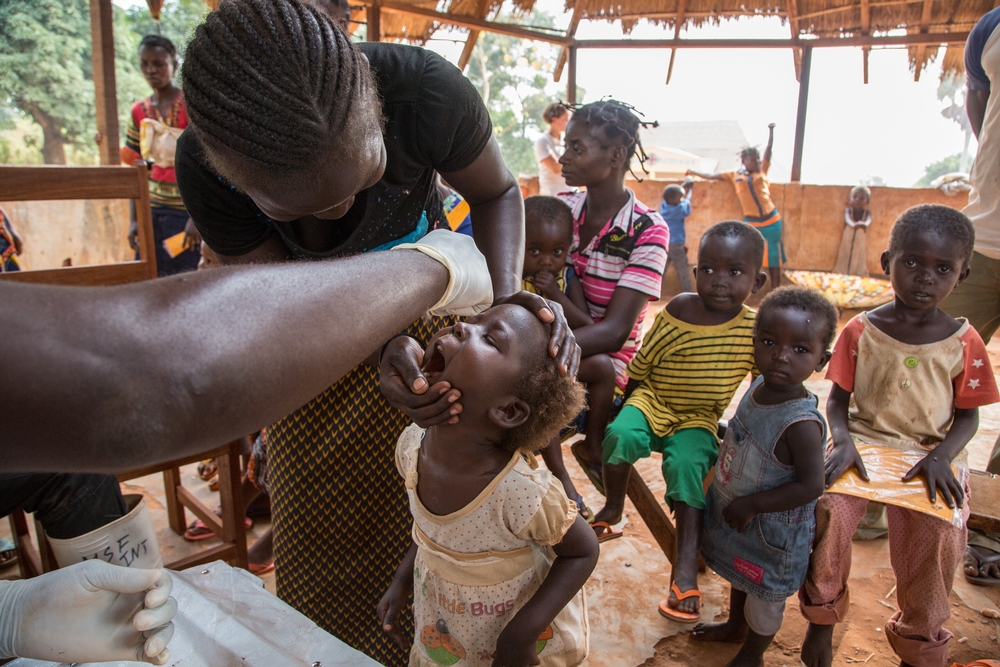 MSF has been working in CAR since 1996 and currently has 230 international staff and more than 2,400 national staff working in the country. Since 2013, MSF has doubled its level of medical support in response to the crisis. At present, the organisation is managing around 20 projects in the country. Our medical teams offer free healthcare, including pediatrics, routine vaccination, maternal healthcare and surgery, as well as treatment for diseases such as HIV and tuberculosis.