After a recent large fire destroyed the makeshift shelters and belongings of at least 449 families in the Batangafo displaced persons camp, one of the largest in Central African Republic (CAR), Doctors Without Borders/Médecins Sans Frontières (MSF) teams rapidly organized to distribute emergency kits including cooking and hygiene items for those affected.

The needs of those affected by the fire, which started accidentally on February 10, were not immediately addressed by other humanitarian actors. Therefore, MSF initiated a needs assessment with local authorities and representatives of the concerned families. Distribution was prepared and performed on February 18.

“We Focused on Those Who Really Lost Everything”

“Some families in sectors close to the fire were partially affected, but their belongings were safe, so we focused on those who really lost everything,” said MSF project coordinator Joao Martins. The kits were adapted to family size—the largest of which included 14 members—and included plastic shelters, blankets, ropes, various hygiene and cooking items, and a mosquito net.

“In order to do a clean and organized distribution, we asked only the heads of household to come, so no other medical activities on the side were performed, but our hospital continues to serve all the camp population and our community health workers are following up the situation of these families with a bit more attention,” Martins added. 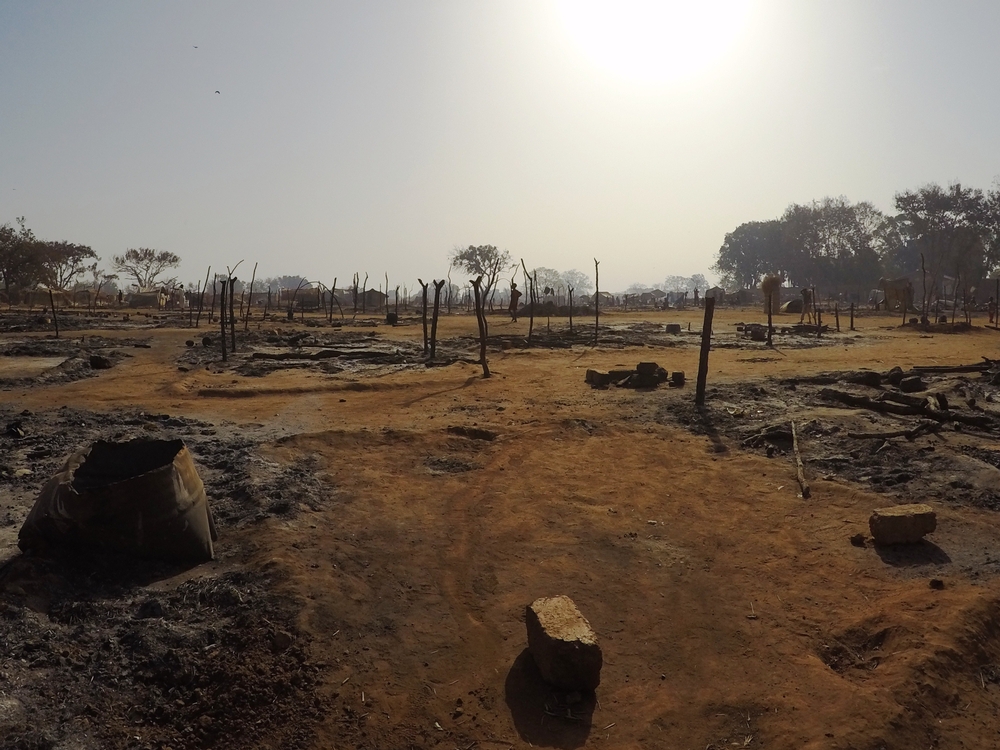 A Disaster for the Most Vulnerable

Batangafo’s displacement camp has hosted tens of thousands of people since the end of 2014, when armed clashes and violence between different militias forced many to leave their homes and seek protection in an open space between the hospital and an international peacekeeping force headquarters. Some 30,000 people currently live in the camp.

Several fires have broken out in the area in the last few weeks, most likely related to the hot and dry weather typical of this season in CAR. An accidental fire occurred in MSF’s facilities in Batangafo in January.

MSF has been working in CAR since 1997, and currently employs more than 300 international staff and over 2,000 locally hired staff in the country. In 2014 MSF doubled its level of medical care in response to the crisis, and currently runs 17 projects. A total of 450,000 Central Africans are still internally displaced, while a similar number have fled the country in search of refuge. MSF has also carried out six interventions for Central African refugees in neighboring Chad, Cameroon, and Democratic Republic of Congo.

In Batangafo, MSF manages the general hospital (150 beds) and supports five health centers located on the outskirts of the town. In 2015, conducted nearly 75,000 consultations and admitted 7,300 patients to the hospital. MSF also provides vaccinations and other health services in the camp, including a measles and pneumococcal campaign for over 12,000 children.