For more than 18 months, Central African Republic (CAR) has been drawn into yet another cycle of extreme violence, with the fighting taking a heavy toll on a population still traumatized by the civil wars in 2013 and 2014. Until recently, CAR’s capital city Bangui was spared the conflict that has erupted in other provinces, but that is no longer the case. In just a few weeks, more than 150 casualties have been treated at Bangui’s Sica hospital, managed by Doctors Without Borders/Médecins Sans Frontières.

This resurgence of violence has rekindled divisions between Christian and Muslim communities and triggered a wave of reprisals across the city, which had been relatively peaceful since 2015. The fighting makes it challenging for people—and medical teams and ambulances—to move around. Homes and places of worship have been burned and vandalized, and families have been forced to flee their homes.

Hospital teams have had to activate two mass casualty plans in response to a succession of particularly violent days in the capital. On Sunday, April 8, national and international security forces mounted a joint operation against local armed groups in the city’s economic hub, the mainly Muslim PK5 district. The operation led to clashes that left dozens of wounded among both the armed forces and the local community. 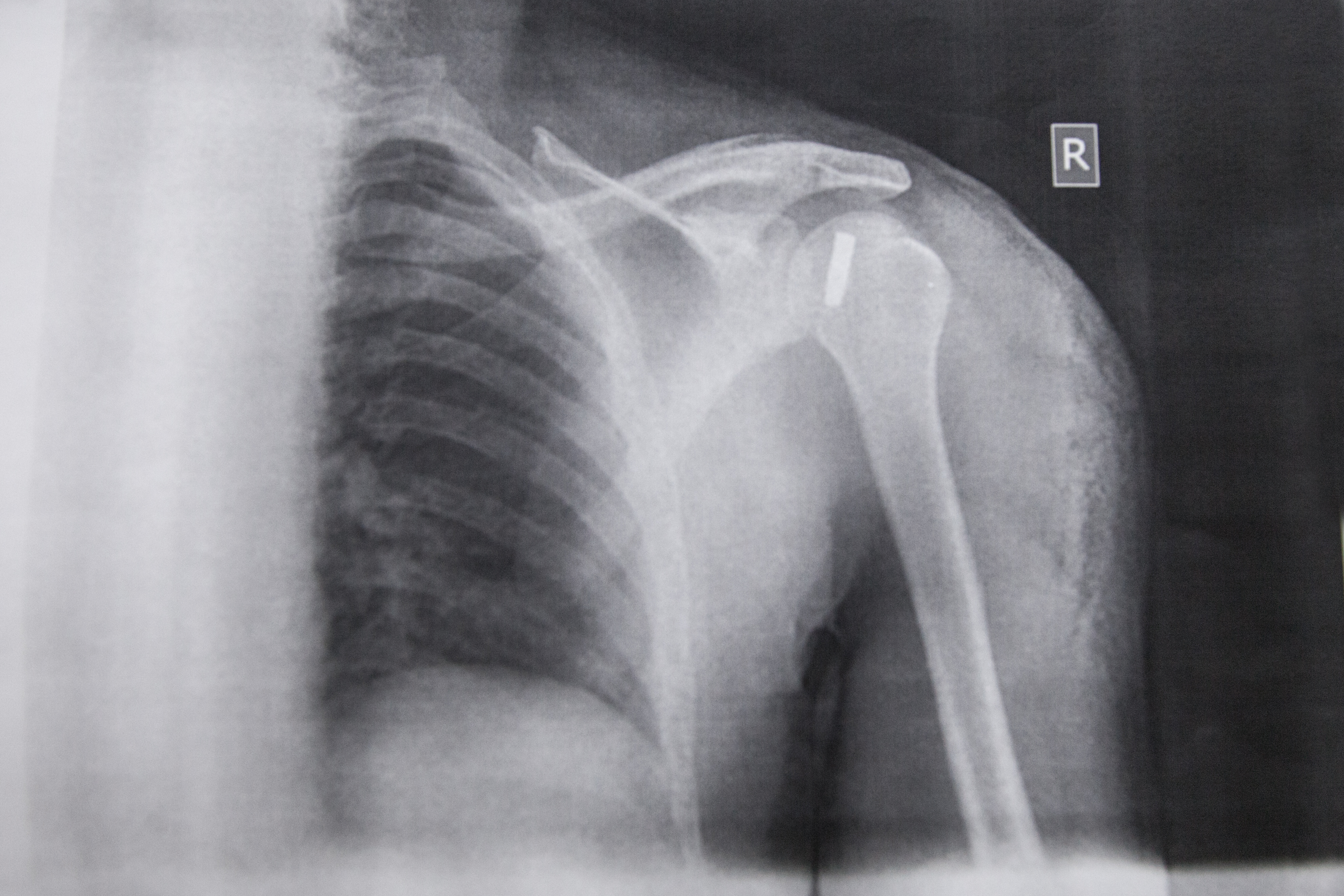 Violence erupted yet again on May 1, when attacks targeted the Fatima district—especially the church there—as well as PK5 and surrounding neighborhoods. Armed groups clashed with neighborhood residents, and the sounds of heavy artillery echoed throughout the city. More than 70 casualties were treated at Sica hospital in just a few hours on May 1, prompting MSF’s teams to activate the mass casualty plan for a second time. 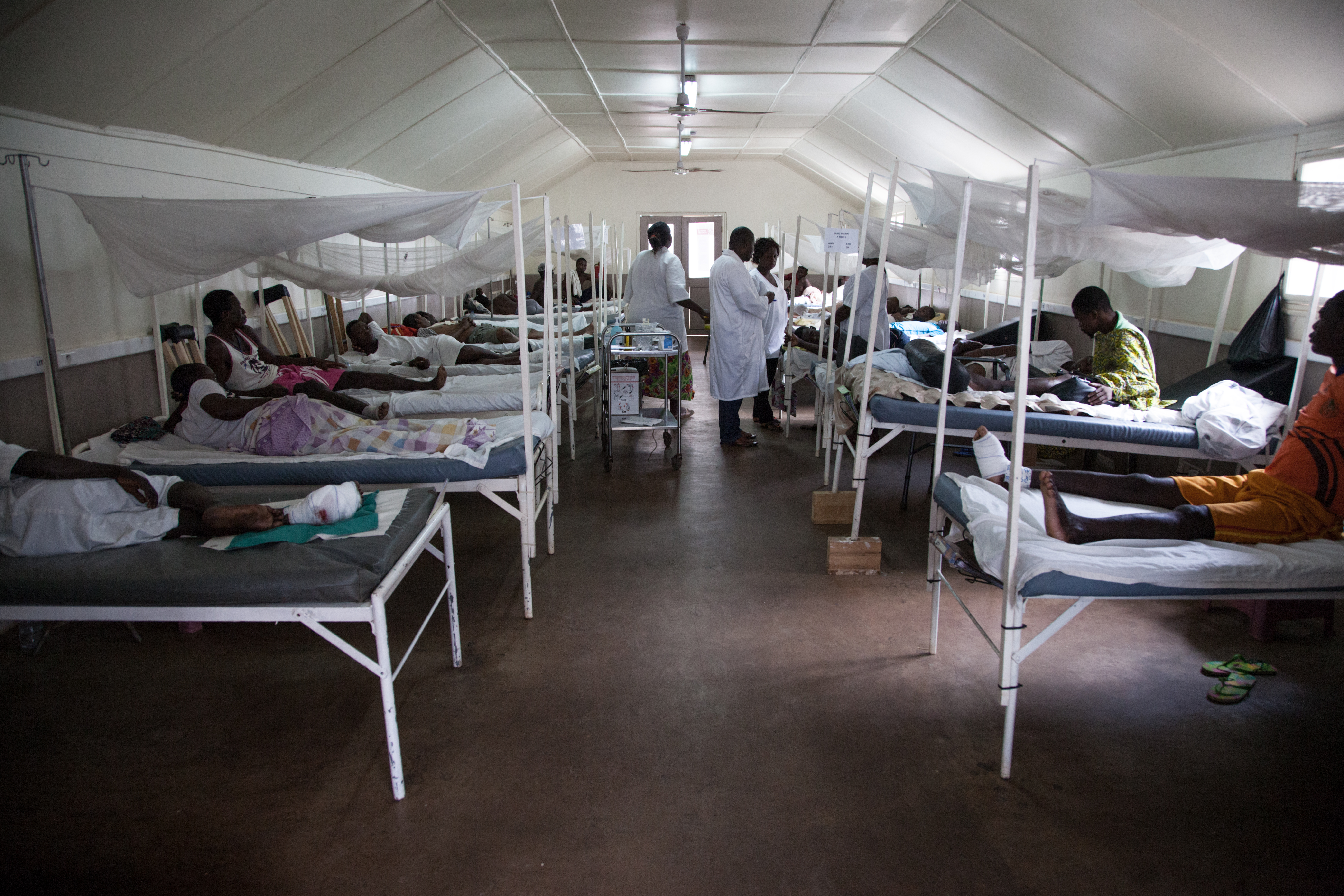 A mass casualty plan is activated in response to a large influx of casualties during emergency situations. A triage zone is set up at the hospital entrance, where medical personnel determine the severity of patients’ injuries and assign them a color.

“Green” patients are the least severely wounded. Once they’re examined, some are fitted with plaster casts and others have their wounds dressed or are referred for X-rays and told to come back for further treatment. “Yellow” patients require more complex care in the emergency room, and “red” patients are often rushed straight to the operating theater. “Black” patients are in such critical condition that they are either dead on arrival, die very soon afterward, or have very little chance of survival.

For MSF logistics teams, the challenge once the plan is activated is to set up a system to admit and initiate care of wounded patients while ensuring a basic level of security. “Our priority was organizing a triage zone, positioning beds and stretchers, and setting up an area in front of the hospital where the wounded could come in and out, and the porters and medical staff could work without being hampered by the crowds of people,” explains Pierre, an MSF logistician at Sica hospital.

Unexpected violence and an uncertain future 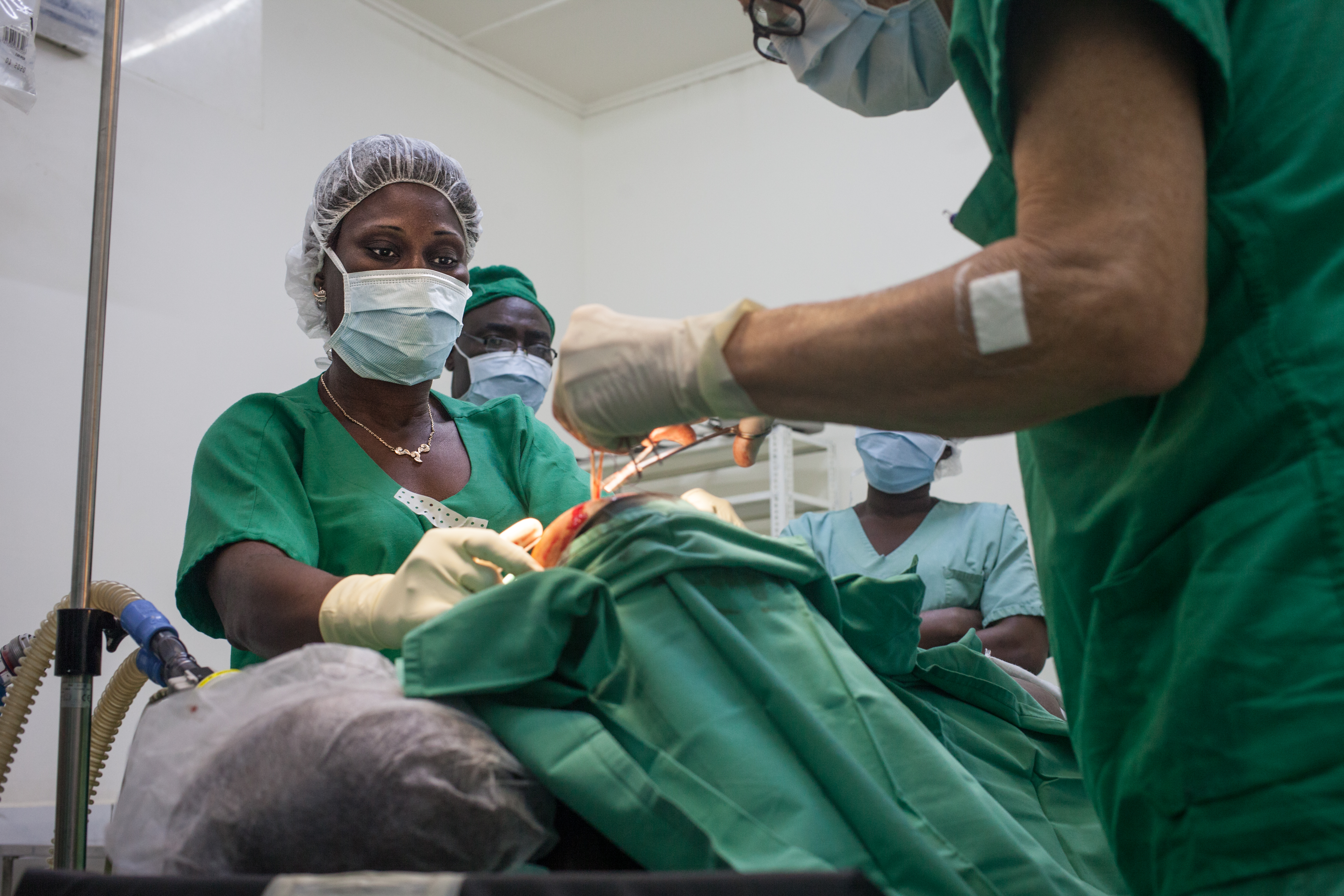 The casualties—men, women, and children—arrived in waves. “The patients we treated on the days we activated the mass casualty plan had war wounds,” says orthopedic surgeon André Valembrun. “These cause significant damage to bones and tissue that often require long and complicated treatment.”

Pascale is a nurse. She was in Bangui to assist the long-term introduction of osteosynthesis—a procedure that uses mechanical devices to stabilize broken bones—in surgical care at Sica hospital. The emergency rapidly took priority over her work schedule as, during mass casualty plans, all available medical personnel are called in to help.

Pascale looked after patients in the “green” zone. While less serious, “green” does not mean that the patients’ injuries are trivial; Pascale saw people with fractures, open wounds, and grenade shrapnel in their faces. “One of the patients who affected me most was a woman who had no idea where she was,” remembers Pascale. “I later found out her child had been shot and taken to another of the city’s medical facilities. She jumped on a motorbike taxi to go to him, but in the general panic, with crowds of people trying to flee the fighting, she had an accident. She was injured and brought to Sica hospital. She was completely out of it, so I stayed with her until she gradually came around. Lots of the patients were in a state of shock. They hadn’t expected such a level of violence.”

After the spasms of violence, an uneasy calm has now returned to Bangui. Like some of his Central African Republic colleagues, Pierre wants to believe the worst-case scenario can be avoided. “There’s an atmosphere stoking preparations for violence,” he says. “There’s a lot of uncertainty and rumors are rife. The accumulation of tensions could unleash a huge wave of violence. But people here are all too familiar with mindless violence. And, although the fear is really palpable, there’s also a sense that the worst isn’t inevitable.”

A surgeon performs a delicate operation on a patient who was hit by a bullet near the heart.
Florent Vergnes/AFP