The Central African Republic today finds itself in a state of chronic medical emergency, yet the commitment of the country's government and of the international community is going in the wrong direction. 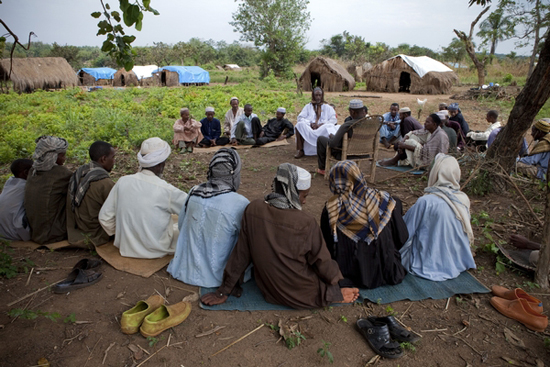 These refugees, members of the Peuhl tribe, fled their village near Zemio, CAR, to escape violence. 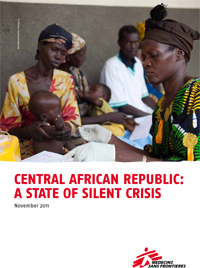 This is a plea for the Central African Republic (CAR).

CAR today finds itself in a state of chronic medical emergency. Five separate retrospective mortality surveys, carried out by Doctors Without Borders/Médecins Sans Frontières (MSF) and other researchers in prefectures accounting for the majority of the population, show excess mortality above what is considered to be the “emergency threshold.”

And yet the commitment of the country’s government and of the international community is going in the wrong direction. The government has been decreasing its investments in health, as have international donors, while humanitarian assistance has failed to reduce the widespread medical crisis.

For the sake of CAR’s 4.4 million people, this cannot be allowed to happen. Existing levels of medical assistance are plainly insufficient to the scale of the needs. The country needs more actors conducting larger medical operations that reach more of the population.

This paper outlines the experiences, analyses, and concerns of MSF after 14 years working in the country. The report opens with a summary of the published evidence on CAR’s mortality over the past 18 months by MSF and other researchers. It analyzes the various causes for this before summarizing the inadequate existing levels of assistance provided by all the various actors, including firstly the government of CAR, but also the international community including ourselves. We conclude with a call for greater medical assistance to the country.

Download the full report to read the other stories.