A Doctors Without Borders/Médecins Sans Frontières (MSF) search and rescue ship, the Dignity I, took part in operations yesterday that rescued approximately 3,000 people from about 20 rubber dinghies and several wooden boats adrift in the central Mediterranean.

“This is one of the largest numbers of people we have assisted in any single day since our search and rescue operations began over a year ago,” said Nicholas Papachrysostomou, MSF field coordinator on the Dignity I. “This unbelievable number speaks to the desperation people are facing in their countries that pushes them to risk their lives to seek safety and protection in Europe.”

The Dignity I has a standard capacity of 400 people, yet due to the extreme situation yesterday, MSF took onboard 435 men, women, and children. To aid other people in distress, MSF distributed its entire stock of 700 life jackets and used its smaller RHIB (Rigid Hull Inflatable Boat) to transfer as many people as possible to other search and rescue vessels in the area.

“We have a remarkable story of rescuing twins who were premature babies delivered at eight months and were five days old,” said Antonia Zemp, medical team leader. “The mother was traveling alone. One of the boys was not well. He was vomiting, had hypothermia and was non-responsive. After a first triage, our medical team decided to request an evacuation due to the fact that his health was so fragile that he would not have survived the long journey to Italy in our boat. We transferred both mother and twins to another vessel that could evacuate them to shore.” 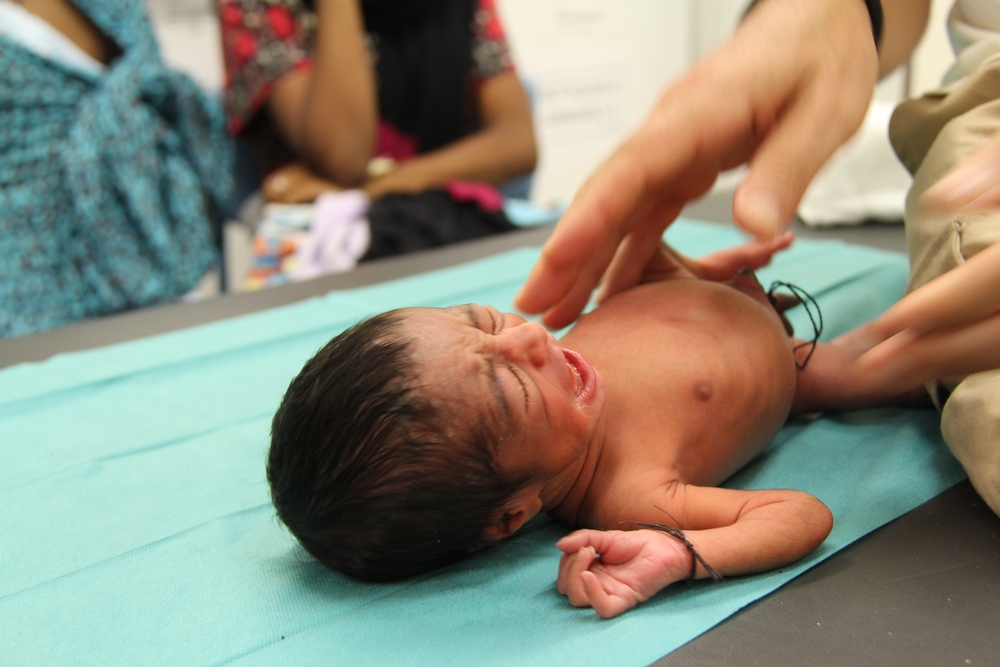 MSF’s medical teams treated people who were exhausted and experiencing bloody diarrhea, dehydration, fever, hypothermia and skin diseases. Of the 435 people rescued by Dignity I, 353 are male and 82 are female. A total of 110 are minors. Thirteen are under the age of 5, and 92 are unaccompanied.

Currently, Dignity 1 is heading to Vibo Valentia, Italy, in order to disembark the 435 people on board. It will return to sea as soon as the ship has been restocked to continue its search and rescue operations.

“According to the Coast Guard, nearly 6,500 people risked their lives to cross the rough Mediterranean Sea yesterday and were assisted in 40 rescue operations by several actors,” said Papachrysostomou. “This shows that the EU’s response to the crisis at and within its borders has failed to address the urgent humanitarian and protection needs of refugees and migrants. More than 3,167 people have already lost their lives in the Mediterranean in 2016 according to IOM and UNHCR figures. The EU needs to put in place measures that will provide safe and legal alternatives for refugees and migrants to access the assistance and protection they are desperately seeking.”

Since April 21, 2016, when MSF’s search and rescue operations began for this year, MSF teams on board the Dignity I, Bourbon Argos and Aquarius (a ship operated in partnership with SOS Méditerranée) have rescued a total of 11,365 people in the course of 85 rescue operations.