Colombia: Life in the Shadow of Violence

"Internally displaced people in Colombia often describe themselves as being 'refugees for life'. On the one hand, this stigmatizes them. On the other, the conflict has penetrated deeply into the social fabric of society." 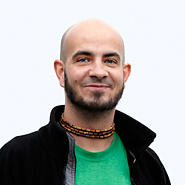 In Colombia, hundreds of thousands of people live in a state of permanent displacement. The violent conflict to which the country’s population has been subjected for decades has forced thousands to uproot their families, leaving deep wounds in the society. The conflict is fueled by many factors, including the narcotics trade and the quest for natural resources. Guerrilla groups, government forces, and paramilitary groups continue to fight in many areas.

Nurse Thomas Prochnow has just returned from his second assignment for Doctors Without Borders/Médecins Sans Frontières (MSF) in Colombia, where he coordinated mobile clinics in the North Santander region in the northern part of the country.

What does it mean to live as a displaced person in Colombia?

"Colombians have long been forced to live in a climate of total unpredictability. Many grew up with experiences of unimaginable brutality – having had to watch public executions in the village square or witness point blank the murder of their own parents. Traumatic events from the past continue to have an effect."

Internally displaced people in Colombia often describe themselves as being “refugees for life”. On the one hand, this stigmatizes them. On the other, the conflict has penetrated deeply into the social fabric of society. Inhabitants of the same village become extremely mistrustful of one another. No one knows whom to trust because past experience has shown that acquaintances or neighbors can unexpectedly turn into perpetrators of violence. Many live from day to day without any hope for the future. What's the point of building anything if you can never be sure that you won't have to run again at a moment's notice? These people are struggling for survival on a daily basis.

Some of them are attracted to the idea of life in the city, but going there deprives them even of the limited opportunity they had of growing rice or vegetables. This means that displaced people in cities often end up in even greater poverty.

What are the people running from? What has happened to them?

Fighting between rebel groups, government forces, and paramilitary organizations leads to massive waves of displacement, in the course of which whole regions are abandoned.

People are also often forced to flee by direct death threats or blackmail. Some flee from one place to the next, and from there to yet another region. Nearly all of them have stories to tell of relatives or friends who have been murdered or abducted, or have themselves fallen victim to, or witnessed, acts of violence.

Colombians have long been forced to live in a climate of total unpredictability. Many grew up with experiences of unimaginable brutality – having had to watch public executions in the village square or witness point blank the murder of their own parents. Traumatic events from the past continue to have an effect. Added to the mix are social problems, domestic violence, rape, and abuse. Sexual violence is commonplace, and perpetrators of rape will often follow it up with threats such as: “If you say a word, I will kill your brother.” There is a long list of consequences, including psychosomatic problems and severe depression.

A 10-year-old patient told us, “When I grow up, I’m going to shoot the ones who shot my parents.” His grandmother brought him to the clinic because he was acting very aggressively.

How does MSF assist them?

Many of those affected initially come to the clinic suffering from physical conditions such as insomnia, headaches, or pains in the joints or stomach. The medical staff are trained to pick up on potential psychological problems. In many cases, they suggest a further discussion with the psychologist.

Sometimes the initial discussion is as far as we get. Some patients, however, come back for more consultations, often travelling several hours to get there. Road closures or eruptions of violence, however, make this impossible at times, as the teams from MSF can’t always reach the project locations.

More recently, some women are coming because they have heard from friends that it can help to talk to a psychologist. Whenever we open a clinic in a village for the first time, we introduce the team members individually and explain that the psychologist isn't just there for the "crazy people", but can also help with everyday difficulties, such as trouble with the neighbors. The psychologists use this to create a basis of trust, making it possible to start addressing the traumatic events.

Do the displaced people see any possibility of returning to their home villages?

Those who do go home are often confronted by the trauma that caused them to flee in the first place. In a town called Saiza, the villagers returned four years after a massacre. They found that the place had been reclaimed by the jungle. It took months to make the village habitable enough to start rebuilding what used to be there. And even after years of renewed communal existence with former neighbors, there is no real evidence of the emergence of any genuine social structures.

What can MSF do in these places?

The presence of MSF helps create a positive sense of security. We are often told that people feel they get the support and the attention that they need when the MSF teams are around.

In individual and group therapy sessions, we work with those affected to uncover the causes of their problems; our primary focus, however, is on finding solutions and new perspectives for the future. Sometimes it is enough just to create a space in which someone can unburden themselves through talking. This can be a very liberating and helpful experience. Some people gratefully leave the clinic, never to return.

The teams also conduct workshops in the schools. Teachers and teaching assistants participate in separate workshops and are partly integrated into others. In addition, MSF provides information in schools to help prevent sexual abuse.