Despite important progress in research and development (R&D) for global health over the past decade, only a small fraction of new medicines developed between 2000 and 2011 were for the treatment of neglected diseases. 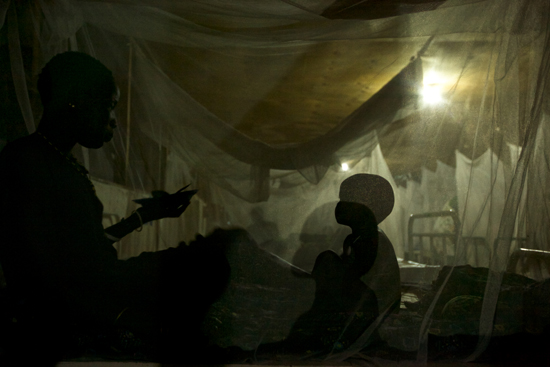 NEW YORK, NY, DECEMBER 13, 2012—Despite important progress in research and development (R&D) for global health over the past decade, only a small fraction of new medicines developed between 2000 and 2011 were for the treatment of neglected diseases, highlighting the ‘fatal imbalance’ between global disease burden and drug development for some of the world most devastating illnesses, said Doctors Without Borders/Médecins Sans Frontières (MSF) and the Drugs for Neglected Diseases initiative (DNDi), in an analysis to be presented today at an international conference aimed at spurring medical innovations for these diseases.

DNDi and MSF found that between 2000 and 2011, 3.8 percent of newly approved drugs (excluding vaccines) were for tropical diseases, TB, and other neglected infections, which together account for 10.5 percent of the global disease burden. Much of the progress in the treatment of neglected diseases and important patient benefit during this time came about through drug reformulations and repurposing of existing drugs against these illnesses. However, only four of the 336 brand-new medicines (new chemical entities) developed between 2000 and 2011 were for the treatment of neglected diseases.

“We have to ask ourselves, how much progress have we really made over the past decade?” said Dr. Unni Karunakara, MSF International President. “People are still dying of archaic diseases. Doctors and nurses are still handcuffed by the shortcomings of available medicines, forced to treat their patients with decades-old, often brutal drugs. As we speak, there are drug-resistant TB patients enduring two years on an absolutely horrific course of treatment—debilitating nausea and pain, depression, social isolation, hearing loss, and even psychosis, are just some of the few side effects they can have while on these medicines. Our patients are still waiting for real scientific breakthroughs.”

The two-day conference, Lives in the Balance: Delivering Medical Innovations for Neglected Patients and Populations, also hosted by the Mount Sinai School of Medicine’s Global Health Program, will look at the progress and shortcomings of the last decade of medical R&D to fight neglected diseases—a period during which there has been an increase in new neglected disease R&D initiatives and funders— and will focus in particular on the need to accelerate development and delivery of new health technologies to fight Chagas disease and drug-resistant tuberculosis (DR-TB). It will also examine the need for field-adapted vaccines to reach the 22.4 million children who are still not receiving even the most basic package of immunizations every year.

According to the DNDi and MSF analysis, three of the four brand-new medicines approved for neglected diseases in the past decade were for malaria, with none for the 17 neglected tropical diseases (NTDs) defined by the World Health Organization (WHO), nor TB. Furthermore, as of December 2011, only 1.4 percent of a total of nearly 150,000 registered clinical trials were focused on neglected diseases.

The conference is taking place 10 years after MSF hosted a major conference in New York to examine the crisis in R&D for neglected diseases and lay the groundwork for the creation of DNDi in 2003. In a 2001 study carried out by MSF and the Drugs for Neglected Diseases Working Group, the precursor to DNDi, only 1.1 percent of new drugs approved between 1975 and 1999 were for neglected diseases, including NTDs, malaria, and TB, though they accounted for 12 percent of the global disease burden.

Some individual successes have emerged from the proliferation of global R&D actors over the last decade. For example, product development partnerships (PDPs) were responsible for over 40 percent of neglected disease products registered between 2000 and 2011, including new TB diagnostics and malaria combination treatments.

“There have been advances, but for many diseases we have yet to see the kind of ‘game-changers’ that are truly needed,” said Dr. Bernard Pécoul, Executive Director of DNDi. “Product development partnerships and ad hoc R&D initiatives cannot be ‘the’ solution to the systemic lack of innovation. We must make patient needs the driving force for R&D. This is the only way to build on the successes we have seen in the past ten years and overcome the fatal imbalance that still exists between drug R&D and global health needs. Governments must put in place a R&D framework to sustainably coordinate, finance, and stimulate medical innovation for new drugs, diagnostics and vaccines for the people who need them most.”

The conference comes on the heels of a recent decision by governments to further delay a WHO-led, 10-year effort to develop a global framework to strengthen priority-setting, coordination, and financing of R&D for diseases that affect millions worldwide. Today’s system for medical R&D is flawed in that it is predominantly driven by commercial rewards rather than global health priorities. This means that research is steered towards areas that are the most profitable, leaving fundamental medical needs—particularly those that disproportionately affect developing countries like NTDs or TB—unaddressed.

The conference, which will bring together a broad range of researchers, medical professionals, global health experts, policymakers, pharmaceutical and biotechnology experts, donors, activists, patient advocates, and journalists, will feature a keynote address from Dr. Anthony S. Fauci, director of the National Institute of Allergy and Infectious Diseases at the US National Institutes of Health, and a video address by World Bank President Dr. Jim Yong Kim.

About Doctors Without Borders/Médecins Sans Frontières (MSF)
MSF is an international independent medical humanitarian organization that delivers emergency aid to people affected by armed conflict, epidemics, malnutrition, natural disasters, and exclusion from health care in more than 60 countries. On any one day, more than 27,000 individuals representing dozens of nationalities can be found providing assistance to people caught in crises around the world. They are doctors, nurses, logistics experts, administrators, epidemiologists, laboratory technicians, mental health professionals, and others who work together in accordance with MSF’s guiding principles of humanitarian action and medical ethics. MSF received the Nobel Peace Prize in 1999. www.doctorswithoutborders.org

About Drugs for Neglected Diseases initiative (DNDi)
DNDi is a not-for-profit research and development (R&D) organization working to deliver new treatments for the most neglected diseases, in particular sleeping sickness (human African trypanosomiasis), Chagas disease, leishmaniasis, specific helminth (filarial) infections, and pediatric HIV. Since its inception in 2003, DNDi has delivered six treatments: two fixed-dose antimalarials (ASAQ and ASMQ), nifurtimox-eflornithine combination therapy (NECT) for late-stage sleeping sickness, sodium stibogluconate and paromomycin (SSG&PM) combination therapy for visceral leishmaniasis in Africa, a set of combination therapies for visceral leishmaniasis in Asia, and a pediatric dosage form of benznidazole for Chagas disease. DNDi was established in 2003 by MSF, the Indian Council of Medical Research, Brazil’s Oswaldo Cruz Foundation, the Kenya Medical Research Institute, the Ministry of Health of Malaysia, and the Institut Pasteur in France, with the UNICEF/UNDP/World Bank/World Health Organization’s Special Programme for Research and Training in Tropical Diseases as a permanent observer. www.dndi.org

About Mount Sinai School of Medicine’s Global Health Program
Mount Sinai Global Health is a new institution-wide interdisciplinary program at The Mount Sinai School of Medicine. We are working to improve the health of people around the world by building global partnerships in research, education, and patient care – in turn creating a forum for collaboration among the school’s students, physicians, scientists, and trainees interested and involved in global health. www.mssm.edu/globalhealth