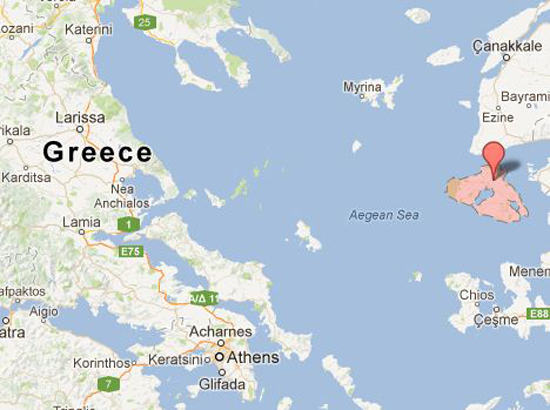 Greece and the island of Lesbos

ATHENS/NEW YORK, DECEMBER 18, 2012—The sinking of a boat believed to be carrying 28 people near the Greek island of Lesbos on December 14 highlights the dangers of a recent increase in maritime crossings to the Aegean Islands, the international medical humanitarian organization Doctors Without Borders/Médecins Sans Frontières (MSF) said today.

The death toll from the latest incident stands at 21, with six other people missing and only one confirmed survivor, an 18-year-old man. The majority of new arrivals over the last few months are Afghan and Syrian nationals, including many families with young children, pregnant women, and other vulnerable people. MSF teams providing medical assistance in the Aegean Islands report that migrants arrive in a state of extreme fatigue and are very frightened because of the difficult conditions they experienced on the voyage.

“The experience of the journey and of the arrival to a new unfamiliar environment seems to be an especially traumatic experience, particularly for children," said Marianthi Papagianni, a medical doctor and a member of the MSF team in Lesbos. “In addition to obvious health risks—primarily upper respiratory tract infections, hypothermia, lack of appropriate food—the impact on children’s mental health is something which should not be underestimated."

Children may lose a parent on the trip, fall into the water or witness a drowning, Papagianni said. "Upon their arrival, they are scared, silent, ready to attach themselves to the first person that will give them a smile," she said.

In cooperation with local health services and authorities, MSF has been responding to the urgent medical and humanitarian needs of migrants and refugees arriving in Greece's Aegean Islands and in the Evros region since 2008. In August, when Greek authorities enhanced border control measures in Evros, MSF teams noticed a dramatic decline in the arrivals of migrants and refugees there, and a considerable increase in arrivals in the Aegean Islands.

The MSF team in Lesbos consists of one doctor, two interpreters and one administrator. MSF is also providing medical supplies and basic relief items to people arriving on other islands through a network of local actors.

Private donors fund MSF’s work with vulnerable migrants and refugees in Greece. The organization does not receive institutional funding from the Greek government or the European Union.