Democratic Republic of Congo: "Nobody could take her dignity from her"

Sandra was raped by thieves who came to steal her family's savings in Bunia, DRC. They beat her father, and threatened to burn down their home if she reported them.

Sandra had camped in the church for two nights, alone with no water or food, hiding from her attackers while she waited for us. The villagers had asked if she needed anything. She had told them, “No. I just want to be alone.” We treated her, diminishing her risk of catching HIV. 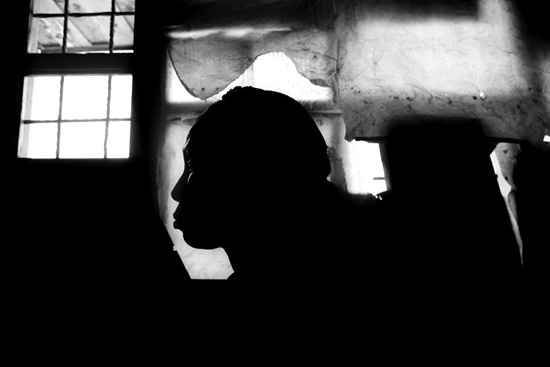 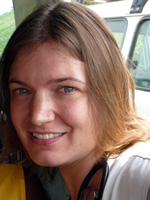 Fiona Bass is a nurse who worked in the Doctors Without Borders/Médecins Sans Frontières (MSF) project of Masisi, a town located in the heart of the North Kivu conflict in eastern Democratic Republic of Congo (DRC), where MSF is running a hospital and health center.

Here, Bass tells the story of one patient, Sandra*, and the violent attack she suffered in February of 2009.

They came for the money. One of the many luxuries a gun affords a young man in North Kivu in eastern DRC is that of time—time to hang around, time to ask questions, time to observe. That week, a group of armed men, no doubt hungry and unemployed, were loitering on the periphery of a village and heard that a family had sold a cow. They watched, made casual enquiries, and plotted. Sandra and her family had no idea of the horrors that awaited them.


How MSF Cares for Victims of Sexual Violence

Later that week, the men attacked Sandra’s home. They beat her father and shouted at the boys, “Run! Run far from here!” After stealing the money, a small fortune and all that the family had in the world, they proceeded to rape Sandra, loudly, for the entire village to hear.

As they took turns raping her, one of them shouted, “We saw you, Sister! We’ve been watching. Nobody will want you now.” On their way out of the village, the men hollered and fired shots into the air. While her father wept, she cleaned herself. There was nowhere to go for help.

The next day, she and a friend worked in the fields. Although sore from the attack, she did not want to stay at home. After work, they walked home and found Sandra’s attackers waiting for her on the road. “We hope you will not talk, Sister,” the men taunted. “We do not want to have to burn your house. We do not want to kill your mother. Did we beat your father enough to keep him quiet?” The girls ran home and Sandra made the decision to seek help in the next village.

“We’re prepared, we’re trained to be”

We found her alone in the church. Twice a week, our mobile clinic goes to that village, staffed with nurses skilled in counselling and all the medicines and vaccines necessary to treat women and children who have been raped. We’re prepared, we’re trained to be. Sandra had instructed her mother to come and find her that morning so that she would know if we were able to help her or not.

Sandra had camped in the church for two nights, alone with no water or food, hiding from her attackers while she waited for us. The villagers had asked if she needed anything. She had told them, “No. I just want to be alone.” We treated her, diminishing her risk of catching HIV. Then we vaccinated her, cleaned her, and gave her painkillers. And we listened.

While she spoke for hours, she sat straight-backed with her hands folded in her lap, her tone even and calm. We satisfied her request to take her to Masisi to stay in our Welcome Village for vulnerable women, for long enough to persuade her attackers that she had been abandoned and thereby remove the threat against her family’s lives. By speaking out and seeking help, she said, she would regain control of her life and her dignity.

Despite their efforts to intimidate, manipulate, and belittle her, Sandra showed a presence of mind and a strength that convinced me that nobody could take her dignity from her. For me, she exemplifies why we can speak of rape and why we must—because it is our character that should define us, not what is done to us. It is courage, such as hers, that helps unify the communities that rapists attempt to terrorise and destroy.

I am not naive about the impact of the attack, how it will affect her, how it will threaten to shatter her. She will think about it every day of her life. But if we share these stories with a true understanding of the consequences of rape in a war zone—how it fragments society family by family—then we can equip communities to rebuild themselves with the knowledge that they are not alone in their tragic experiences.

In Masisi town, MSF is running a 170-bed referral hospital and is supporting a health center. MSF has also been running mobile clinics in several remote locations of the region.