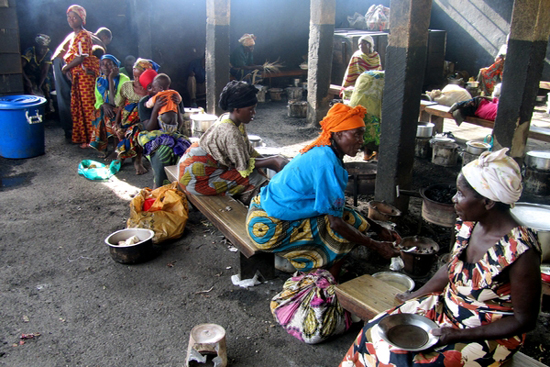 "The first wounded people began to arrive on Wednesday [July 25] morning around 6:30 a.m.," says Patrick Wieland, MSF's head of mission in North Kivu. "Half of them came from Kiwanja, several kilometers north of Rutshuru. Others were wounded by a projectile that exploded near the church here in Rutshuru. We treated bullet and grenade wounds and injuries from shell and rocket fire."

The situation remains tense and there is considerable risk that the fighting, which also displaced several thousand people, will resume; the Congolese army and armed rebel groups have been fighting sporadically in Rutshuru since May. The difference recently was that the combatants used heavy weapons in densely populated areas, wounding large numbers of civilians, creating panic within the population, and driving people out of their homes in search of sanctuary.

"Thousands of people, mostly women and children, have taken refuge here at the hospital since Wednesday," Wieland says. "People are afraid. They don't want to go home. Approximately half of the hospital staff stayed away from work in the last few days for fear of new violence."

As a result of the fighting, it has also become extremely complicated and dangerous to transport medicine and medical supplies to Rutshuru, although fighting is likely to produce additional victims in the coming days. The intensity of the conflict has also led to major population displacements. Over the past week, several thousand people flooded into Kanyaruchinya, north of Goma, the regional capital, joining approximately 8,300 people who had been displaced by fighting earlier in July.

MSF teams went to the area on Wednesday to provide aid. "People were tired, hungry and thirsty," says Dr. André Kambale, an MSF doctor. "We saw seven children whose feet were swollen because of the long distance they had traveled. We distributed a little water and food and conducted several medical examinations. However, these people are destitute."

MSF plans to begin working in the Kanyaruchinya health center to provide additional health care services to both the displaced and resident population.