DRC: “If We Sit Back and Do Nothing, These People Will Die”

Ten months after being driven from their homes by intercommunal fighting, more than 44,000 displaced people in settlements around the city of Kalémie in Tanganyika Province, Democratic Republic of Congo (DRC), face limited access to health care and alarming shortages of food, water, and shelter. In April, during a measles vaccination campaign, a Doctors Without Borders/Médecins Sans Frontières (MSF) evaluation of 5,700 children under five years old in ten of these settlements revealed malnutrition levels above the emergency threshold: 16 percent were malnourished and 4.5 percent severely so.

MSF deputy emergency program manager Narcisse Wega Kwekam recently returned from Tanganyika Province, where nearly half a million people were displaced by violence between July 2016 and March 2017, according to United Nations estimates. "Villagers left their homes in the hope of finding safety elsewhere," he says. "As the fighting intensified, informal settlements sprang up as more and more families arrived in Kalémie. People’s shelters are made of straw and other building materials found nearby. And although the settlements have been in place for months now, the aid afforded to people is minimal or non-existent—some have no water, no food, and no access to care." 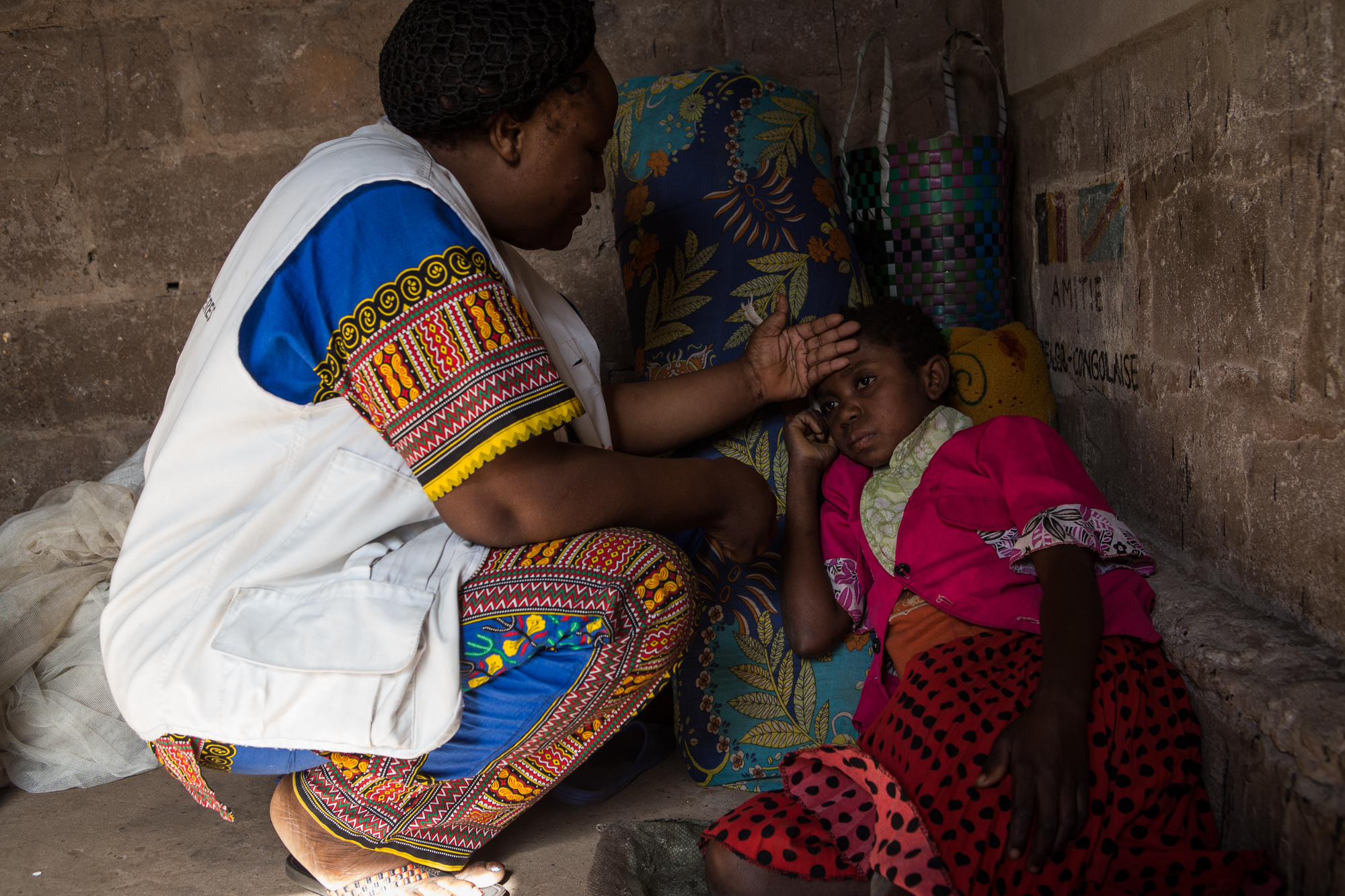 "We were responding to a large measles outbreak in Tanganyika Province that had spread to difficult-to-reach areas when we arrived in the village of Moke," says Wega Kwekam. "What we found was on a scale we’ve rarely seen before. People were listless, lying on the floor unable to get up. There were 1,500 people living in the village, and when we visited the cemetery we found 95 graves. Of these, 90 percent were children. We undertook a malnutrition screening in April that showed 51 percent of the children [in Moke] were malnourished, 23 per cent severely so.

"We set up mobile clinics as quickly as possible and provided care for both malnourished children and adults. We also distributed items such as mosquito nets and tarpaulins, as malaria and pneumonia were the two most common conditions people were coming to us with."

"These people are in a terrible situation," says Wega Kwekam. "They are asking for two things: to be protected, and to return home. In addition to providing aid, MSF is calling on other actors to shoulder responsibility. If we sit back and do nothing, these people will die. Every time we come back to the village there are new deaths." Two weeks ago the displaced people in Moke were forced to leave the village when the original inhabitants returned. With no other option they have now settled deep in the bush in a hard-to-reach area. Until they can safely return home, they must be afforded aid and protection.

"As MSF, we will continue to describe what we see and bear witness to what we experience," says Wega Kwekam. "Everyone needs to take responsibility. There are undoubtedly other pockets of displaced people in similar situations and with the same levels of need. We are ready to intervene, but we are also ready to raise our voices so that everyone feels concerned and takes action." 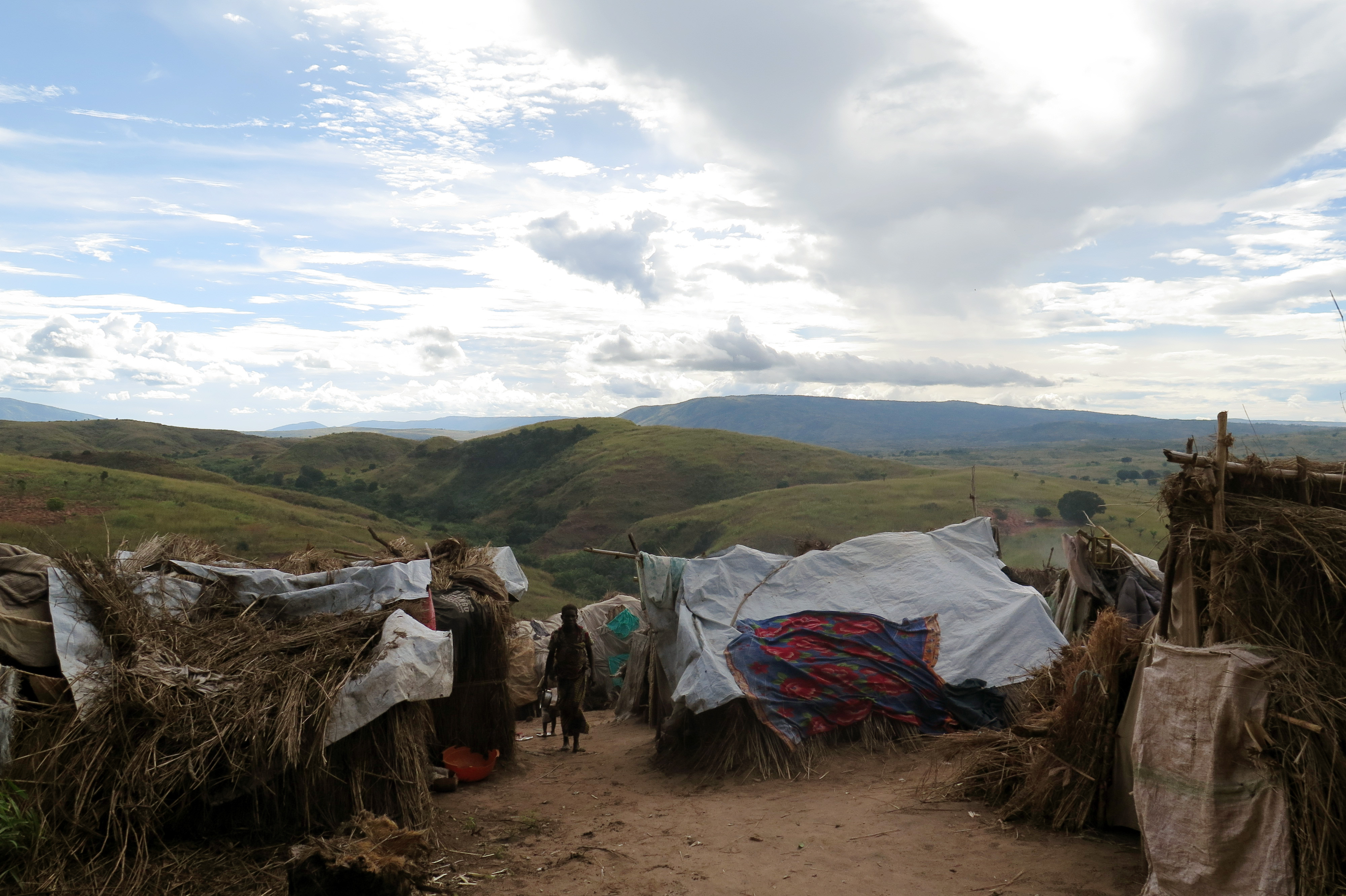 Since March, MSF teams have been providing emergency assistance to displaced people in the territories of Kalémie and Kansimba, in Tanganyika Province, through measles vaccinations, mobile clinics, water distribution, and the construction of latrines and showers in some of the settlements.

MSF calls for an increased humanitarian response in these territories from both the United Nations agencies and the Congolese government. Conditions in the settlements must be urgently improved, health care must be made easily accessible, food aid should be provided for families and for the host community, and those at risk of violence should be afforded protection. Aid has been deployed and more is planned, but it remains woefully insufficient.