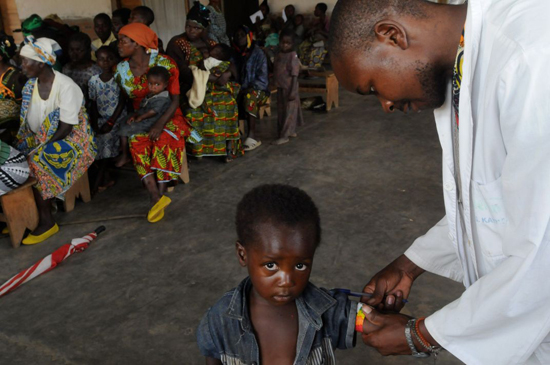 Intense conflict and violence continues to affect hundreds of thousands of civilians in the provinces of North and South Kivu in eastern Democratic Republic of Congo (DRC). The toll of sexual violence remains extremely high. During clashes and brutal attacks on villages, people are killed, raped, wounded, or forced to flee to the bush or to camps.

Violence is ongoing in eastern DRC, and civilians remain the main victims. Whereas last year the province of North Kivu was mainly affected by fighting involving the Congolese army (FARDC), the National Congress for the People’s Defense (CNDP) rebel group, and various other armed groups, clashes involving Rwandan Hutu rebels are now reported in different areas in North and South Kivu. The Congolese military operation launched in January to chase down Hutu rebels of the Democratic Forces for the Liberation of Rwanda (FDLR) in North Kivu was extended last month to South Kivu.

Doctors Without Borders/Médecins Sans Frontières (MSF) supports a hospital in the Kivu region and provides humanitarian aid to local and displaced populations. “We are facing a new peak in violence,” says Romain Gitenet, MSF head of mission in Goma. “When attacks get closer to the villages or the camps, people flee to the bush. Last week for instance, the Bikenge population in Walikale district left the village and stayed in the bush for a few days, living in harsh conditions.”

To reach people in these insecure rural areas, MSF teams run mobile clinics and support health structures in both North and South Kivu. MSF carried out close to 300,000 medical consultations in the first half of the year and treated patients suffering from cholera. 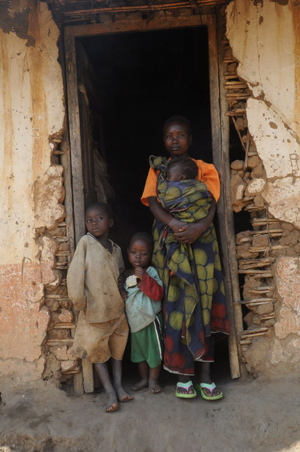 Civilians are subjected to direct attacks from the warring parties. Villages suspected of being allied with one side are sometimes targeted for reprisals and often systematically destroyed. Individuals are also subject to extortion and the theft of food and personal items from their homes or makeshift shelters in camps. Some are forced by armed men to transport their belongings. Rape is another extremely frequent form of violence, perpetrated against both women and men. In the first half of 2009 alone, MSF teams treated 2,800 victims of sexual violence.

As violence is spreading to South Kivu, MSF teams are adapting their activities to reach displaced people. Following clashes in the area south of Kalonge, thousands of people have sought refuge west of the city. MSF supports health structures and provides consultations in the area. However, access to the displaced population is difficult due to deteriorating security and poor roads. In Hombo, displacement is on the rise as a result of the increased fighting. MSF started a project in and around Lulingu in July to respond to the needs of both the displaced and host population. In Byangama, an average of five families arrive each day, and there are now close to 1,500 displaced families there.

“I fled from Katusi to the forest with my husband and four young children when our village was attacked,” a 30-year-old local woman told MSF. “I was scared they were going to kill us. We were hiding in the forest when I saw rebels rob some houses in a nearby village. They took two women into the forest. Then we left again and fled to Byangama. I am now living with my family in the house of a local family. My husband collects scrap manioc from the forest for us to eat. I won’t go back to my village until I am sure the rebels are absolutely gone.”

In North Kivu, the Lubero district has been much affected by clashes between FARDC and FDLR. In several villages, such as Luofu, Miriki, and Butalongola, where MSF is conducting mobile clinics, people had to flee and their houses were burned down. Looting is systematic during the attacks. But displaced people in Lubero District don’t settle in camps; they are hosted by local families, who share their already scarce resources.

Over recent weeks, fighting has also been raging in areas northwest of the town of Masisi, in western North Kivu. Following clashes in the villages of Kibati and Lwibo, 12 people have been reported killed and houses have been burned. The MSF team has referred a number of wounded to Masisi hospital.

MSF is the only international humanitarian organization performing surgery in all of North Kivu. In Rutshuru Hospital, MSF currently performs an average of 12 emergency surgeries per day, mainly orthopedic and obstetrical. Last month, 50 patients were operated on for gunshot wounds. Since then, the level of violence has remained high because armed men frequently commit robberies, assaults, and even murders. They target people who might possess valuables, such as money and cellular phones, thus exacerbating the climate of fear.

MSF has been working in the Kivu region of DRC since 1992. MSF teams work in hospitals and health centers in Rutshuru, Nyanzale, Kitchanga, Mweso, Masisi, Kabizo, and Kayna in North Kivu, and in Chifunzi, Kirotshe, Chambucha, Baraka, and Lulingu in South Kivu. Teams also conduct mobile clinics in camps for both displaced and resident populations, provide specialized care to victims of sexual violence and refer the severe cases to MSF-run hospitals by ambulance. MSF teams in North and South Kivu are composed of 1,395 Congolese and 115 international workers.