MSF Demands That All Parties to the Conflict Respect Medical Structures 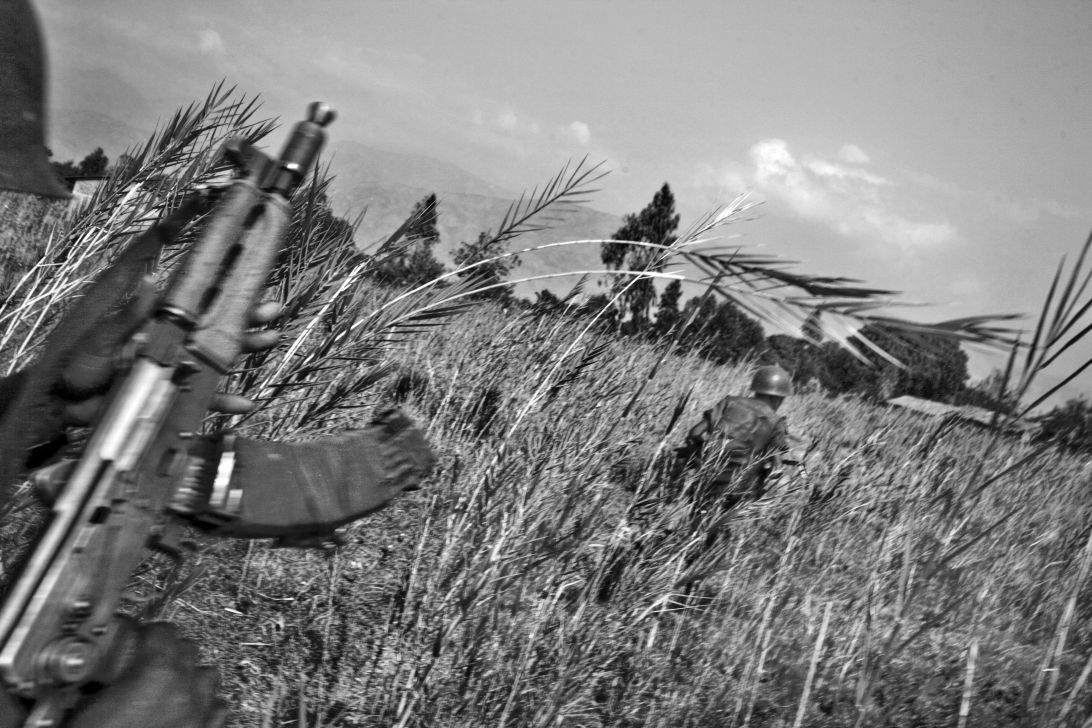 FARDC soldiers patrolling South Kivu in September 2009; members of the same force raided an MSF-supported hospital in the province on March 11.

On Thursday, March 11, armed soldiers from the Congolese Army (FARDC - Forces Armées de la République Démocratiqe du Congo) entered the hospital in Katanga, where an MSF surgical team had been providing emergency medical care to wounded people. Despite MSF’s protests and negotiations, the Congolese soldiers harassed the wounded patients and left one day later with four of them.

“This incident is a violation of basic humanitarian principles -- all sick and wounded have the right to medical care,” said Philippe Havet, MSF head of mission in South Kivu. “We demand that all armed actors respect medical structures and the safety of wounded people and medical staff. Unarmed, wounded belligerents enjoy this protection as any other patient.”

The incident has already had a negative impact on the provision of health care to people affected by the conflict in Hauts-Plateaux.

As tensions rose in the village, MSF evacuated its surgical team to preserve the security of its staff. It was forced to leave one wounded patient behind. MSF had the only medical team providing direct medical care in the region. The organization will consider sending the surgical team back to Katanga Hospital as soon as the security situation allows. However, the incident will have a broader impact on the perception of the hospital as a safe and neutral place.

In the weeks leading up to the incident, the MSF surgical team had struggled to provide emergency surgical assistance to people wounded in the violent clashes raging in Hauts Plateaux between the Congolese army (FARDC), Forces Democratiques de Liberation du Rwanda (FDLR) rebels and various armed groups.

“Wounded people were already afraid to come to the hospital of Katanga and seek help, in fear of being killed by armed men,” Havet said. “Now, after this serious incident, I am afraid they will never be convinced that it is safe for them to seek any medical help.”

MSF is currently providing medical care to displaced people in the village of Kihuha, in Hauts Plateaux. MSF teams are also working in Kalonge, Kitutu and Fizi in South Kivu, supporting health centers, including Baraka Hospital and a cholera treatment center , and operating mobile clinics to provide primary healthcare and emergency assistance to displaced people and host families. In North Kivu, a province also affected by insecurity and violence, MSF runs medical programs in Rutshuru, Nyanzale, Masisi, Mweso, and Kitchanga. There are 76 international staff working alongside 1,144 Congolese colleagues in MSF projects in North and South Kivu.