Field Blog: A Monday in Chaman 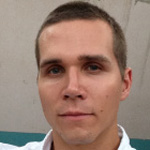 Jon is a Swedish Doctors Without Borders nurse working in secondary health care in an emergency department in Chaman, Pakistan. This post was originally written in Swedish on August 14 2013. It has been published retrospectively. Read more from Jon and the MSF Pakistan blogging team here.

I am breathing for a man who has taken too many tablets. My colleagues and I take turns to ventilate. We have been breathing for him for almost four hours now.

A man enters with a film camera and sits down. We ask who he is and ask him not to film our patients. He says that there has been a bomb blast at the border and within minutes the patients arrives. One nurse continues to breathe for our other patient while the others and I begin to triage. Triage is done to identify who has the greatest medical need. One badly injured 16-year-old boy with major internal bleeding is first. Internal bleeding is precisely what we can not do much about. Without surgery we are nearly powerless.

I place a tube through the boy’s chest to drain blood from the lungs when a blast wave passes through my body. The blast wave came a few milliseconds before the sound. The pressure breaks windows. Everybody pauses for a second before continuing work. We are lucky. No more injuries.

We stabilize the boy and try to find out who he is. Without family, we cannot send him with our ambulance. No hospital in Quetta will receive him. We do our utmost to find out his identity. In the end, we succeed, and his father jumps in with his son in our ambulance to travel the three hours to Quetta. Hope he survives.

We clean up and continue to breathe for three hours when our patient who took too many tablets comes to life again. Feels like a victory.

The heat in my room is so heavy that I move outside. I lie down on a sunbed in our courtyard and fall asleep. I wake up in the middle of the night, my phone ringing by my ear. Disoriented and dehydrated I get dressed and run over to the emergency room. Two tribes have been fighting each other with all sorts of weapons and we have several serious injuries. It is chaotic and no one seems to follow the trauma protocols that are there so you don’t miss any injuries. My job is to make sure that no one is forgotten.

Finally, we place another father and his son – both severely injured – in the ambulance, this time with a stab wound in the abdomen and chest. They set off in the dark on the now four hour long journey. I return to the courtyard, I pour my self a glass of apple juice and try to bring my pulse down.

Hopefully an unusual Monday in Chaman.