MSF humanitarian affaris officer Ritu Gambhir writes about the harsh realities of life in a refugee camp in Chad. 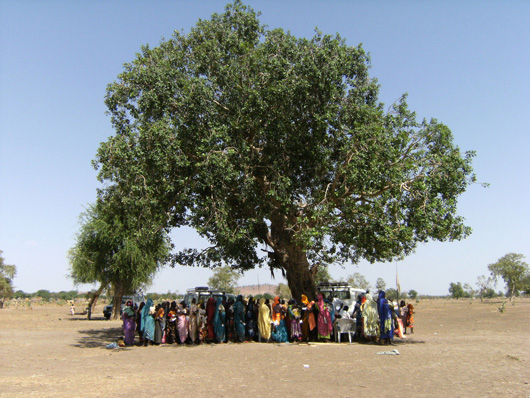 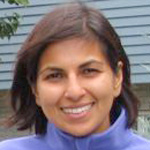 Toronto-based lawyer Ritu Gambhir serves as Doctors Without Borders/Médecins Sans Frontières (MSF) humanitarian affairs officer in Chad, based in the capital, N’Djamena. Her role is to coordinate the development and implementation of advocacy strategies to advance the objectives of MSF in relation to the provision of medical aid and witnessing (témoignage) in Chad. Read more of her field blog here.

Last month I returned to Tissi. MSF shares a small plane with the International Committee of the Red Cross (ICRC) and we use it to transport staff, supplies, and patients to and from Tissi. Also on my flight were an ICRC doctor, MSF midwife Sigrid from Germany, and four patients who we had previously evacuated for surgical treatment to Abéché hospital.

When we landed at the airstrip, MSF doctor Kalyani from India met us. With her were two patients needing medical evacuation. One had bullet wounds in his arm and back; the other a gaping hole where the left side of his neck should have been. The doctors worked quickly to stabilize the patients for transport. As they tended to the patient with the bullet wounds, Sigrid tried to keep the other patient conscious by asking him to say his name. He couldn’t make any sounds but he was able to write his name in the dirt. She made him write it over and over again. Abdul Abdul Abdul Abdul Abdul. Later, I learned that Abdul died in surgery.

At the MSF base in the town of Tissi, preparations were underway for half the team to relocate to a refugee camp established by the United Nations High Commissioner for Refugees (UNHCR). The previous week, more than 9,000 refugees had been relocated to the camp. MSF was running a small mobile clinic in the camp and the team told me that 50 percent of the children treated at the clinic had watery diarrhea, which was indicative of the poor overall water and sanitation (WATSAN) situation in the camp. Anticipating a further deterioration of the health situation, the team was racing to create hospitalization capacity in the camp, improve the water supply, and build latrines.

I first visited the camp with MSF WATSAN expert Adrien from Congo. On the way to the camp, we stopped to talk to the contractors UNHCR had hired to try to find water in the camp. They confirmed that all boreholes drilled in the camp had come up dry and they were now looking for water outside the camp boundaries. In the interim, the only option was to treat and truck water from Lake Tira, which is nine kilometers [about 5.6 miles] away from the camp.

Not surprisingly, when Adrien and I reached the camp, the first thing the refugees wanted to discuss was the lack of water. As Adrien went off to scout out locations for latrines, community leaders took me to a broken water point. I was amazed to see a row of jerry cans that stretched for what seemed like miles. The jerry cans had been lined up since the previous afternoon and the refugees were waiting for water to be trucked in. Community leaders said that people were getting so desperate that they were walking to a wadi (traditional water source) an hour away by foot to collect water. Despite their precarious situation, they had not lost their sense of humor and laughed when I politely refused their offer of a cup of muddy wadi water.

Water trucking, as I have learned over the past month, is a nightmare and is not a durable solution. It requires extensive coordination on the part of the humanitarian community – something we are not good at doing – and is fraught with uncertainties. Before water could be trucked from Lake Tira to the camp, humanitarian organizations had to build a water treatment plant at the lake. Then we had to locate trucks capable of carrying large loads of water. These trucks are expensive and hard to find. Although humanitarian organizations have rented trucks and loaned them to UNHCR, resources are not unlimited.

An added complication is that the dirt road from Lake Tira to the camp is poorly maintained, which means the trucks get stuck in the mud and break down. So even if Lake Tira could produce enough water to sustain the refugees (which it cannot), there is no guarantee on any given day that the water will actually reach its intended destination. Currently, refugees are receiving 6.5 liters per day, well below the minimum humanitarian standards of 20 liters per day. I have read the self-congratulatory updates that humanitarian organizations are putting out about improvements in the water supply at the camp and they make me angry because they bear little resemblance to the reality on the ground.

I left the camp that day feeling upset about the water situation and powerless to do anything about it. However, my next visit to the camp reminded me how powerful humanitarian organizations like MSF actually are.

Due to unpredictable security conditions, it had been several days since MSF had been at the camp. I was walking through the camp when a skinny middle-aged man with a turban and beard came running up to me. He was wearing a long green gown and pink flip flops. “Doctora, doctora,” he was shouting. He looked familiar but I couldn’t place him. He didn’t speak English or French and I didn’t speak Arabic and we were at an impasse until he made a whooshing noise and flying motion with his arms. Then it clicked. He was Aziz, one of the patients who had been on the flight to Tissi with me and had mistakenly assumed that since I worked for MSF, I was a doctor. After Aziz and I greeted each other properly, he handed me a paper on which someone had written in French “bullet wound infected, please change bandage.” I showed him where the MSF team had set up the mobile clinic for the day and asked a fellow team member to translate. Aziz explained that he hadn’t meant to scare me. He had been worried our mobile clinic would never return and had been excited to see me.

In a way, Aziz has reason to worry. One day MSF will stop working in the camp. In my view, the challenge for MSF is to try to ensure that before we do there is a long-term plan in place so that people like Aziz, who may be in the camp for years to come, are not left without access to enough clean water and appropriate medical care.