Doctors Without Borders/Médecins Sans Frontières (MSF) medical teams in the Gaza Strip have the arduous task of treating bone injuries in patients who were shot by the Israeli military during protests. Limited resources make it impossible to provide adequate treatment in many cases, making it necessary to refer patients to hospitals outside the Gaza Strip. However, legal obstacles complicate referrals outside of the territory, and MSF was only able to make its first referral this month.

Treating gunshot wounds is complicated. At al-Awda hospital in Jabalia, northern Gaza, MSF surgeons operating on the shin of Yousri [name changed] who was shot in July 2018, found that the bullet had left a large gap in the bone just below his knee. They took bone from Yousri's hip to fill the gap and help him walk again. "It will take at least two or three months for the bone to fuse, and could be longer," said MSF surgeon Hiroko Murakami. "After that time we will see if everything is OK, and, if it is, then we can remove the external fixator and the patient can start physiotherapy. So it's still going to take him a long time to recover."

In total, 6,174 people have been injured by bullets fired by the Israeli army since March 30, 2018, during Palestinian protests along the fence separating Gaza from Israel. Nearly 90 percent suffered injuries to their lower limbs. MSF has provided care for about half of the wounded people after their initial treatment in local hospitals, and the wounds MSF has observed have been unusually severe. Patients often have complex open fractures—in which the bone is exposed to the air—or severe tissue and nerve damage. Sometimes one or more inches of bone are missing.

In cases of particularly large gaps in bones, grafts like the one Yousri received are not immediately possible. Dr. Mohammed Obaid, an MSF surgeon from Gaza, described one such complicated case: "There was a raw area: the patient had an open wound, no skin, so the plastic surgeon made a covering of muscle from another part of the leg four weeks ago. Now we will open the wound again, clean it, and put bone cement inside."

This cement is putty with a pungent smell similar to gasoline. At first malleable, the surgeons massage it into the bone gap and mold it into the required shape. The cement quickly hardens and, over six to eight weeks, prepares the area to receive a bone graft. "When we are sure that there is no infection in the bone, and that the flap we have covered the wound with is good, then we can reopen the area, take the cement out, and put the bone in," Dr. Obaid said.

For the most serious cases, however, the necessary treatment is very difficult to obtain in the Gaza Strip, which is isolated by a blockade. The health system in Gaza is currently only able to offer bone grafts and reconstructive surgeries to very few patients. In response, MSF has begun transferring some patients from Gaza to its reconstructive surgery hospital in Amman, Jordan. But this is a complicated legal process requiring permission to travel from many different authorities, which is often denied.

The first patient transferred by MSF, a 22-year-old named Eyad, was wounded on May 14, 2018, and required a bone graft and reconstructive surgery. "One day last week I was tired and depressed because treatment for my leg seemed so far away," Eyad said. "However, in the evening of the same day, MSF rang me and said, 'Eyad, on Thursday, you will travel.' Since that time happiness has risen inside me—not just for me, but for my mother, my brothers, my family, and all my loved ones. I can't believe it." Now in the hospital in Amman, he has begun the long process of having the bones in his leg reconstructed, a series of operations that will hopefully return him to normal life.

But many other patients remain in dire need of continued medical attention, as the risk of infection increases with time. Some might require amputations. MSF has increased its capacity in the Gaza Strip, performing 302 surgeries in December 2018 and caring for about 900 wounded patients. The needs of wounded patients, however, are overwhelming both MSF and other health care actors, and much more remains to be done to ensure adequate treatment of these serious and complex injuries. 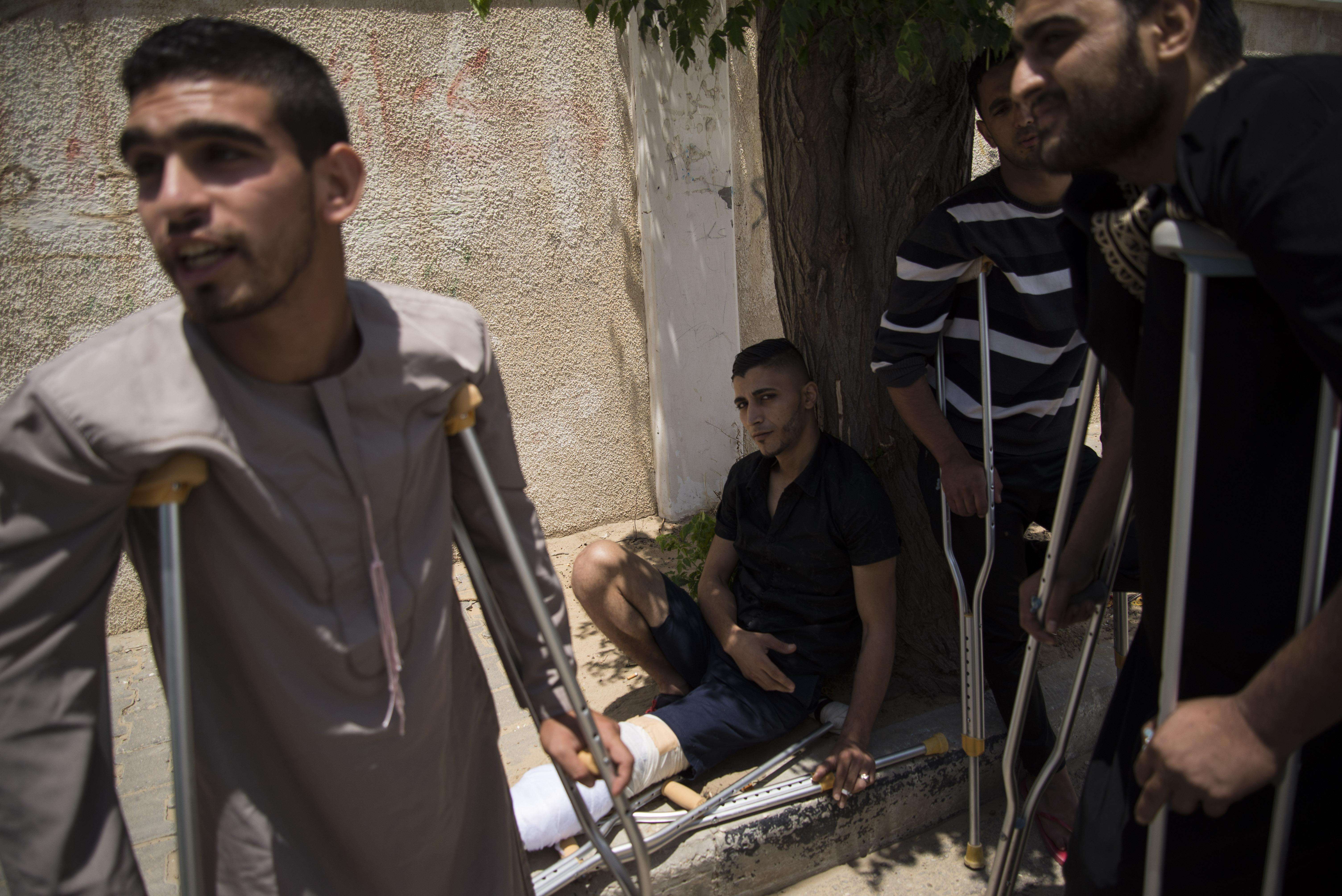 By Jason Cone, Executive Director of Doctors Without Borders in the United States
The exit wounds are fist-size. Bone is pulverized into dust. This is the reality for half of the injured patients received in my organization’s clinics since the launch of the Great Return March in Gaza.
READ MORE