An already fragile situation in eastern DRC deteriorated further after Goma fell to a rebel group, hundreds were injured, and thousands more were displaced. 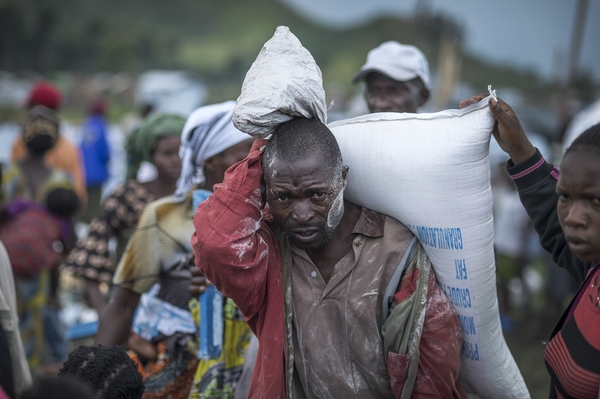 A man displaced by recent fighting around Goma in eastern DRC.

An already fragile humanitarian situation in eastern Democratic Republic of Congo has deteriorated further after the border city of Goma fell to the rebel group known as M23 last week, hundreds of people were injured, and thousands more were displaced from their homes.

Teams from Doctors Without Borders/Médecins Sans Frontières (MSF) rapidly established additional emergency response activities in the area, treating victims of violence and providing assistance to newly displaced people in and around Goma.

Since the end of last week, an MSF surgeon and anesthetist have been working in Virunga hospital in Goma, where 60 patients have been admitted with war-related injuries. They are performing approximately 10 surgical interventions per day. Eleven people have been discharged already.

“Health structures in Goma were not prepared to receive such a high number of wounded,” said MSF surgeon Jacky Bonnan. “Before MSF came to Virunga hospital, the hospital’s surgical team worked around the clock for 48 hours to stabilize patients despite a lack of resources. They did an amazing job.”

Although Goma is calm for the moment, fighting continues elsewhere in the province.  Medical teams at Masisi general hospital treated 21 people shot on Sunday during fierce fighting in and around the town; 7 patients required emergency surgery. In Mweso hospital, doctors treated 27 war wounded after fighting between the Congolese army and various armed militias.

Teams have been able to cross frontlines to donate medical supplies to the hospital in Minova, as well as to 950 families scattered along the road. The hospital registered 26 cases of sexual violence and 200 wounded in the past week alone.

Providing Assistance to the Displaced

Hundreds of thousands of people are currently displaced from their homes, an escalation of a trend that’s been a prominent feature of the conflict in eastern DRC for many years. Several months ago, MSF started providing free health care to 50,000 people who had fled fighting in their villages and settled in the Mugunga camps just outside Goma.

Since the fall of Goma, however, these camps have been flooded with around 45,000 new arrivals. MSF thus scaled up its intervention and is currently supporting two health centers and conducting more than 200 free medical consultations per day. Teams are also constructing more than 30 latrines and showers in one camp.

“The most vulnerable are in an increasingly precarious situation,” said Grace Tang, MSF’s Head of Mission in North Kivu. “The fighting that has plagued this region for decades has not stopped. People cannot return home. They are being displaced from one place to another.”

Despite recent developments, MSF continues to run numerous projects that were established well before recent events. These include several large reference hospitals and dozens of health centers that provide free health care to thousands of people every month throughout the region in Rutshuru, Masisi, Mweso, Kitchanga, Walikale, the Mugunga displacement camps, Kanyaruchinya, and Pinga.