Over the past two weeks, Doctors Without Borders/Médecins Sans Frontières (MSF) teams in Libya have observed a sharp increase in the number of people held in detention centers in Misrata and Khoms. Most are vulnerable refugees, migrants, and asylum seekers intercepted or rescued at sea and returned to Libya in violation of international law. The number of people living in appalling conditions in detention centers in the area rose from 650 at the beginning of the year to 930 today.

Libya is not a safe place to return refugees and migrants: the levels of violence they are exposed to while in the country are well-documented. “It is beyond cynical that the European Union and its member states continue to implement policies based on intercepting and forcibly returning vulnerable people to detention in Libya, while also continuing to deliberately obstruct lifesaving search and rescue vessels which are desperately needed in the Central Mediterranean,” says Sam Turner, in charge of MSF activities in Tripoli and Mediterranean search and rescue operations. 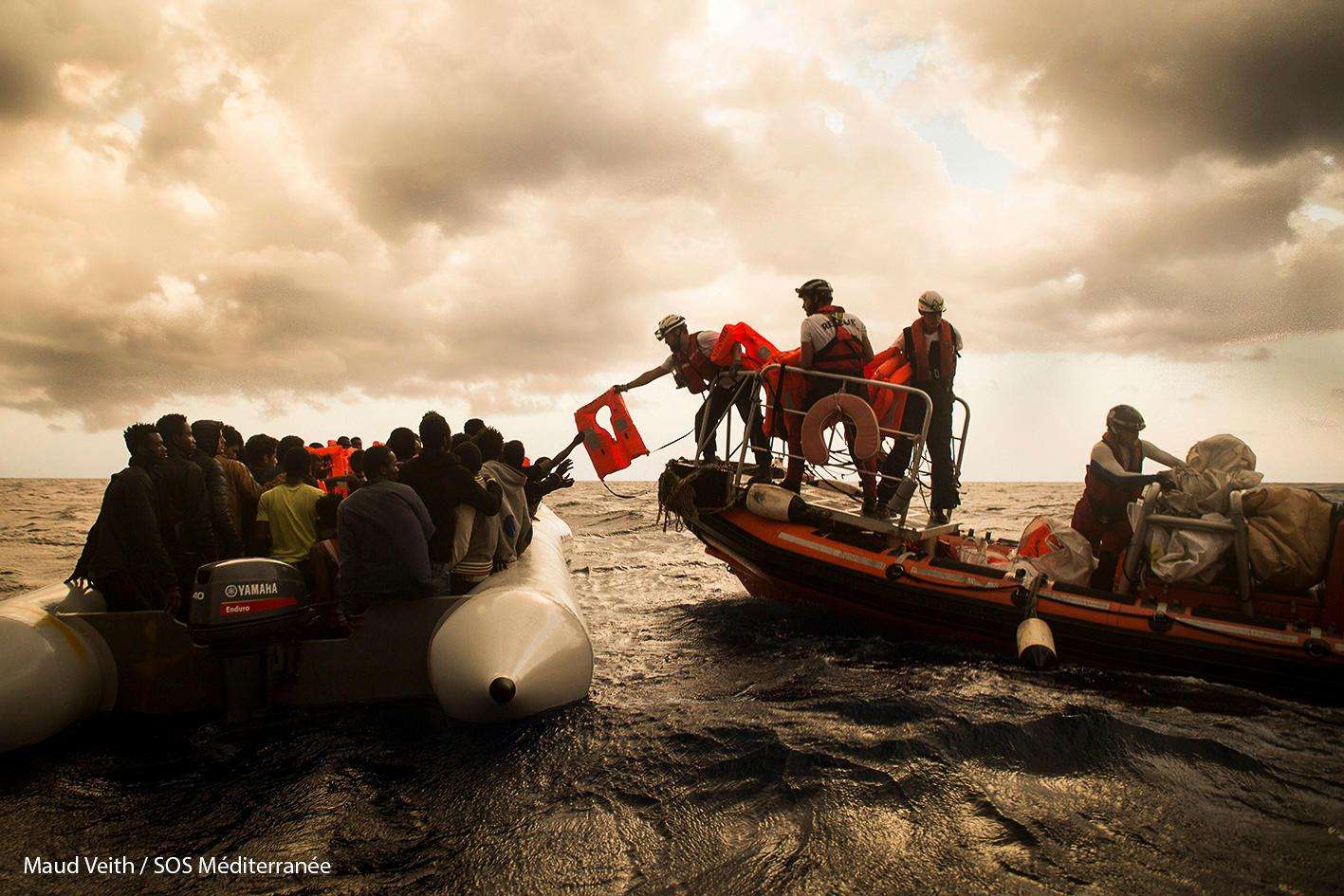 Search & rescue in the Mediterranean

Two days ago, on January 21, 106 people disembarked in Khoms from a commercial ship. It is feared that at least six people drowned while the group was at sea. “Upon disembarkation, several people were in need of urgent medical care, and we intervened to provide medical assistance,” explains Julien Raickman, in charge of MSF activities in Misrata, Khoms, and Bani Walid. MSF organized 10 medical referrals to a nearby hospital. Despite this response, a 15-year-old boy later died at the hospital. Yesterday, another group of 144 people also rescued by a merchant ship disembarked in Misrata.

Among the 250 people who recently disembarked in Misrata and Khoms are many women—some of whom are pregnant—as well as babies and young children under seven years old. They were transferred to detention centers in the area. Days earlier, on January 18, another 117 people drowned in a separate incident—a grim illustration of the consequences of the deliberate neglect by European authorities to provide lifesaving search and rescue capacity in the Central Mediterranean.

People recently disembarked in Libya are now locked up in overcrowded detention centers. These facilities are ill-equipped to cope with this volume of new arrivals, leading to further deterioration of already dire detention conditions. The people detained have virtually no access to open-air spaces and little access to clean water and food. The food available is insufficient and totally inadequate to meet the nutritional needs of people with serious medical conditions, children, and pregnant women.

Many of those detained also suffer from malnutrition, hypothermia, or severe diarrhea. Some people report that before trying to cross the Mediterranean Sea, they had been held captive by traffickers in Libya for weeks or months, deprived of food, and systematically abused and tortured. “People are returned to the country they tried to flee—they are desperate,” adds Raickman. “They need to be assisted and protected, not sent back into a cycle of detention.”

The numbers of people detained in Tripoli, Libya’s capital city, are also growing. Nearly all detention centers are poorly insulated against the winter weather, resulting in the increase of diseases associated with prolonged exposure to the cold. In one detention center, MSF medical teams have observed signs of unhealthy weight loss among detainees due to insufficient food supplies.

Recent fighting that erupted in southern Tripoli has left 14 dead and 58 wounded, according to World Health Organization representatives in Libya. Civilians have at times been caught in the conflict zone, including approximately 228 refugees, migrants, and asylum seekers who are arbitrarily held in the Qasr Bin Gashir detention center, previously located on the frontlines. Power to the facility’s borehole pump was lost, and detainees were left without access to clean water until MSF was able to respond with emergency supplies. MSF medical teams have also visited the center twice in the past 48 hours to conduct consultations and provide medication for tuberculosis patients.