Hospitality Lessons During a Mobile Clinic in Afghanistan 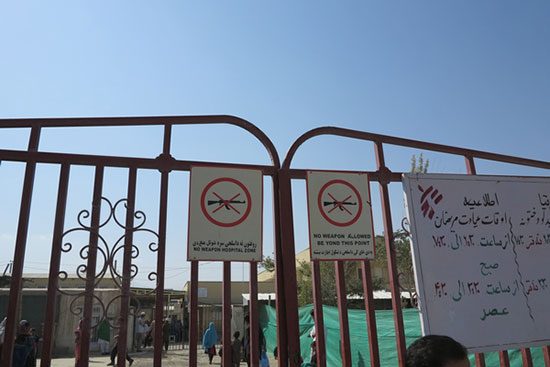 The gate of Ahmad Shah Baba Hospital in Kabul 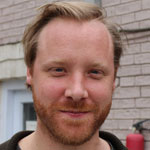 Benoit De Gryse first joined Doctors Without Borders/Médecins Sans Frontières (MSF) in 2005, working on a mental health project for displaced people after the tsunami in Banda Aceh, Indonesia. He continued to work with MSF on various mental health projects in Indonesia, Haiti, and Brussels, before returning to Indonesia in 2008 as project coordinator of the response to the Sulawesi earthquake.

In 2009, Benoit moved to Pakistan to lead an access to health care project in the northwestern Malakand province. He returned again in February 2010 as MSF country representative in Pakistan, a position he held for a year and a half, overseeing medical projects in Malakand, Swat, Lower Dir, and Karachi Districts and various emergency response projects during the floods in 2010 and 2011. Benoit is currently MSF’s country representative in Afghanistan, where leads a team of 80 international staff and more than 1,200 local colleagues to provide medical assistance to the population in four project locations.

“You’re a brave man, coming here without arms,” the Malik told me halfway through lunch. I wondered why I would need any courage to eat some meat and bread, after all, the Malik—governmental leader of a town or community—had just finished a story to illustrate the concept of Pashtu hospitality.

Now I was not in a forgotten place, nor was I wanted for revenge, I was just having lunch in the house of a Malik of Poli Company, about 15 kilometers [about nine miles] away from the project of Ahmed Shah Baba, District 12, east of Kabul City. Today was the first time MSF had its mobile preventive clinic in this village, and since the project coordinator could not come, I had decided to visit the clinic to familiarize myself with this new environment.

Mobile clinics are pretty commonplace for MSF, but for our operations in Afghanistan, it’s a rather new concept. Since the reopening of our mission, MSF has focused solely on working in secondary health services in main cities, which has left us a bit uncomfortable. Knowing the access to health care is more an issue for the more impoverished populations in rurual areas, the launching of the preventive mobile clinics was not only a way to reach these people, but also a test to see how we could work on improving our access to the more rural, and often much more conservative and traditional, areas.

While we were setting up the clinic inside the local hospital—a semi-public hospital built for the nomadic population (the Kutchi) residing in this area—we, or more correctly the assistant of the project coordinator, overheard the Malik speaking on his mobile phone advising the person on the other end of the conversation “not to come to the clinic as there were no drugs.” Clearly the Malik had not been fully briefed on the fact that preventive clinics are not curative and therefore require less drugs. The objectives, amongst others, are to provide antenatal and postnatal care to pregnant women, to trace tuberculosis patients, and to screen for malnourished children.

During our briefing, he stopped us and invited us for tea to get to know each other a bit better. He hinted the tea could be taken in a tea shop next to the clinic, or at least this is how I interpreted his pointing of the chin towards to entry gate of the hospital. Two minutes later, however, we stepped into his car, and not into the tea shop, and sped away over the sandy road towards his house a few hundred meters away.

Once inside, with the first tea of many, we engaged in cross-cultural comparisons. The first topic was our age, my age more precisely. While the guests started to fill the room, since word got out that the Malik had a visitor, there was a general consensus that obviously my life so far had been much easier, as my 35 years didn’t show. Looking at the hard lines in the faces of the Afghans around me, I could only agree. Having soft Belgian winters, eating vegetables and fruits whenever I wanted, missing the experience of fighting off Russians (some of them being former Mujahedeen commanders), warlords, and probably some Americans, and never having been displaced from my house leaves no marks compared to the villagers I was now was sharing lunch with.

The other themes of discussion centered around relationships, the wishes of the younger ones to migrate to Europe in search of jobs, religion, and Afghan culture. What struck me most was their previous experience with "NGOs." A year or so ago, some aid workers had arrived to do some education programs whilst wearing bullet proof vests and being escorted by armed guards. Hence the Malik’s surprise to see MSF teams keeping the "no weapons policy" and accepting invitations to tea.

Carelessness from our side, you might wonder? On the contrary, in rural areas such as these, and at this moment in time, we feel more at ease. Receiving invitations to work in these communities is the best protection possible, as illustrated by the anecdote above. Afghan people judge you not only by what you do, but also by how you do it. Refusing the tea invitation would probably have been a mistake.