Jason Cone, executive director of Doctors Without Borders/Médecins Sans Frontières (MSF) in the United States, and Marc Bosch Bonacasa, head of operations for Latin America for MSF-Spain, write about the threats facing people forced to flee extreme violence in Central America. The evidence gathered by MSF through our medical clinics along the migration route in Mexico illustrates a humanitarian crisis that demands increased levels of aid and compassion. Instead, misguided policies by the United States and Mexico are increasing the dangers for vulnerable people. This is an excerpt of an essay published by the Brown Journal of World Affairs.

A Salvadoran father of four was told by gang members that they would kill his two daughters after he refused their extortion demands. A 27-year-old lesbian from Honduras was gang raped in her home, ostracized by her family, forced to leave behind her child born of rape, and later hunted by gangs because of her sexual orientation. An unaccompanied 16-year-old Honduran boy fled forced gang conscription, was raped along the road in Mexico, and is now battling sexually transmitted infections.

These are just a few of the individuals who have sought shelter at La 72, an albergue, or hostel, in the small town of Tenosique, Mexico, 40 miles north of the Guatemalan border. It sits on the front line of a burgeoning forced displacement crisis with 500,000 people fleeing annually from countries of the Northern Triangle of Central America (NTCA)—El Salvador, Guatemala, and Honduras.

Our organization, Doctors Without Borders/Médecins Sans Frontières (MSF), runs a clinic inside the La 72 shelter, among other locations along the Central American migration route through Mexico. A three-person team—a doctor, psychologist, and social worker—attend daily to the medical and mental health needs of the people. But they are overwhelmed both by the sheer numbers of patients and the horrific reasons for people’s flight from their homes. The managers of the shelter also feel the pressure. “We have gone from a migration center to a refugee camp,” said Ramón Márquez, the director of La 72. In 2017, the shelter took in 7,950 people from the NTCA.2 But in the first three months of 2018, the shelter had already received 3,800 people. 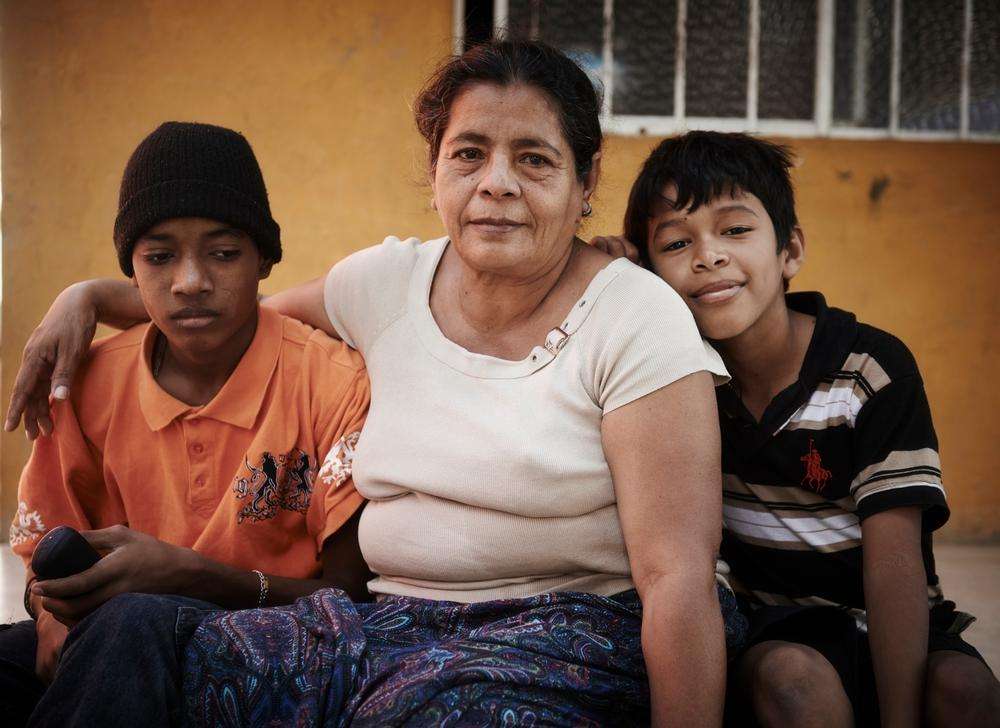 The number of refugees and asylum seekers from the three countries of the Northern Triangle has seen nearly a tenfold increase since 2011, according to the UN High Commissioner for Refugees (UNHCR). Asylum applications from NTCA nationals were 45 percent higher between January and June of 2017 as compared to the same period from 2016.

While global attention has been focused on the rising numbers of refugees fleeing wars in the Middle East and desperate people crossing the Mediterranean, the Northern Triangle is an often-overlooked epicenter of the forced displacement crisis. The high level of violence in the Northern Triangle ranks alongside that of the world’s deadliest war zones, according to reports by the United Nations and the International Institute for Strategic Studies. Though the Northern Triangle is not a war zone, the attacks that people have suffered in the region and along their migration route through Mexico are comparable to the situations MSF has encountered in over 40 years of working in conflict areas around the world. Murders, kidnappings, threats, recruitment by non-state armed actors, extortion, sexual violence, and forced disappearances are daily threats facing people in the region.

The evidence gathered by MSF through our medical clinics along the Central American migration route in Mexico illustrates a humanitarian crisis that demands increased levels of both aid and compassion. The stories of our patients stand in sharp contrast to the prevailing political discourse on U.S. immigration. President Trump has portrayed Mexicans and Central Americans as, at best, stealing jobs from U.S. citizens and, at worst, murderers and rapists preying on society.

The Trump administration’s policy initiatives over the past year further endanger hundreds of thousands of people forced to flee Central America, as well as many others already in the United States who are now threatened with deportation. These policies build on bipartisan failings, including 40 years of U.S. interventions in Central America, that have continued to destabilize the region and feed a pattern of forced displacement. Starting with the Carter administration, then drastically escalating under President Ronald Reagan, the U.S. government spent more than $6 billion on direct military assistance and training for the Salvadoran armed forces and police in an effort to back the Salvadoran government against left-wing groups.8 The 12-year conflict left 75,000 dead and more than 1.5 million people displaced. The Reagan administration’s support of Contra rebels against the Sandinista government in Nicaragua led to between 60,000 and 80,000 deaths.

Dire conditions have been further exacerbated in recent years by the almost systematic deportation of Central American refugees, migrants, and asylum seekers by Mexican and U.S. authorities. On January 8, the Trump administration ended Temporary Protected Status (TPS) for approximately 200,000 Salvadorans living in the United States. TPS is a humanitarian program that grants temporary lawful status and work authorization in the United States to people whose countries have been affected by armed conflict, natural disaster, or other extraordinary events. Salvadorans in the program now have until 9 September 2019 to leave the United States or face deportation.

The United States is sending Salvadorans back to one of the most violent places in the world, putting them at risk of death. This decision violates one of the most fundamental principles of international law, non-refoulement, which guarantees the right of refugees and asylum seekers not to be returned to a country where their life is at risk or where they are subject to persecution. In survey and medical data from MSF’s programs in Mexico released last year, 55 percent of Salvado ran refugees and migrants reported being victims of blackmail or extortion, 56 percent had a relative who had died due to violence, and 67 percent said they never felt safe at home.

Our organization is urging the Trump administration to reconsider its decision, and we are calling on Congress to find a permanent solution that protects hundreds of thousands of Salvadorans from deportation. For far too many of the people affected by this decision, deportation is a matter of life and death.

Findings from our medical clinics and patient surveys along the Central American migration route through Mexico underscore the gravity of the crisis. Thirty-nine percent of patients surveyed mentioned direct attacks or threats to themselves or their families, or extortion or gang-forced recruitment, as the main reasons for fleeing their countries. Of all Northern Triangle refugees and migrants surveyed, 43.5 percent had a relative who died due to violence in the last two years. Some patients reported having been kidnapped and beaten for days or even weeks for the purposes of extortion, ransom, or intimidation of other migrants and refugees. Attacks often include sexual assault.

While there are certainly people leaving Central America for the economic opportunities up north, our findings show that rampant violence and lawlessness are the main drivers of flight. Some of our patients described being forced to abandon thriving businesses due to extortion and violence by criminal gangs.

Attempts to stem migration by reinforcing national borders and increasing detention or deportation, as we have seen in Mexico and in the United States, ignore a genuine humanitarian crisis. Such misguided policies do not curb smuggling and trafficking, but rather help drive migration underground and fuel greater violence and extortion by criminals who profit from people’s desperation.