Iraq: Rebuilding a Hospital from the Ruins of the Battle for Mosul

Months after Mosul was retaken from the Islamic State group, the Iraqi city’s health system remains decimated. Most of Mosul’s hospitals and clinics were damaged in the fighting and there is a severe lack of essential medical equipment, supplies, and staff. From July to October, Doctors Without Borders/Médecins Sans Frontières (MSF) teams supported 2,532 admissions in the emergency room, 746 admissions in the inpatient department, and treated 159 malnourished children through inpatient and ambulatory feeding programs at Al Khansaa Pediatrics Teaching Hospital in eastern Mosul. The project was handed over to the Iraqi Department of Health in November. Here, MSF head of mission Nicholas Papachrysostomou, who oversaw MSF’s project at Al Khansaa, describes the situation.

"When we started working here, it was chaos. It was really shocking to see inside the hospital. It was utterly destroyed. Everything was very dirty and burnt objects could be seen in the corridors and in the patients’ rooms. Mosul has gone through an excruciating and painful process to reach the point where it is today.

The east of the city is less affected and life is slowly returning to normal. However, the west of the city has been destroyed. For someone returning to Mosul it is very difficult to access health care. Most of the hospitals are closed, most of the primary health care clinics are not up to standard—in terms of personnel and supplies—and patients have to pay a fee to enter the hospitals.

The fee of 2,000 Iraqi Dinars [about $1.72] to enter a hospital is a lot of money for a returnee. If they have children who need medical assistance, they probably wouldn’t be able to afford to treat them. Also, many people have to travel large distances on foot to reach medical facilities because they cannot afford to take a taxi or public transport. This means it’s hard for people to complete the trip in one day.

The people who come to the Al Khansaa hospital are often suffering from diarrhea and respiratory infections. Some people coming from the camps and west Mosul suffer from malnutrition. They lack access to normal food. Mothers were diluting the milk for their children because, under the Islamic State, the price for one can of infant formula was so high. Because mothers were giving the children diluted milk, the children were losing weight.

When a patient is severely or acutely malnourished, they can face several complications that can lead to death. Their immune systems are compromised so their bodies don’t react normally to infections. A small infection can cause death.

The people living in the west side of Mosul face the biggest challenges. MSF runs one of only two functional hospitals there, but access to health care is still a challenge, as the number of people returning is well above the capacity of the health infrastructure in that part of the city [to treat]. Many can’t afford to pay for taxis or public transport to get to Al Khansaa in east Mosul if they need to, and [MSF] faced many problems following up on patients who couldn’t afford much-needed trips to the hospital.

Many patients treated for severe acute malnutrition would improve in the hospital, but then they would go home and not return for the follow up. The patients we would see after a prolonged absence were severely malnourished again. 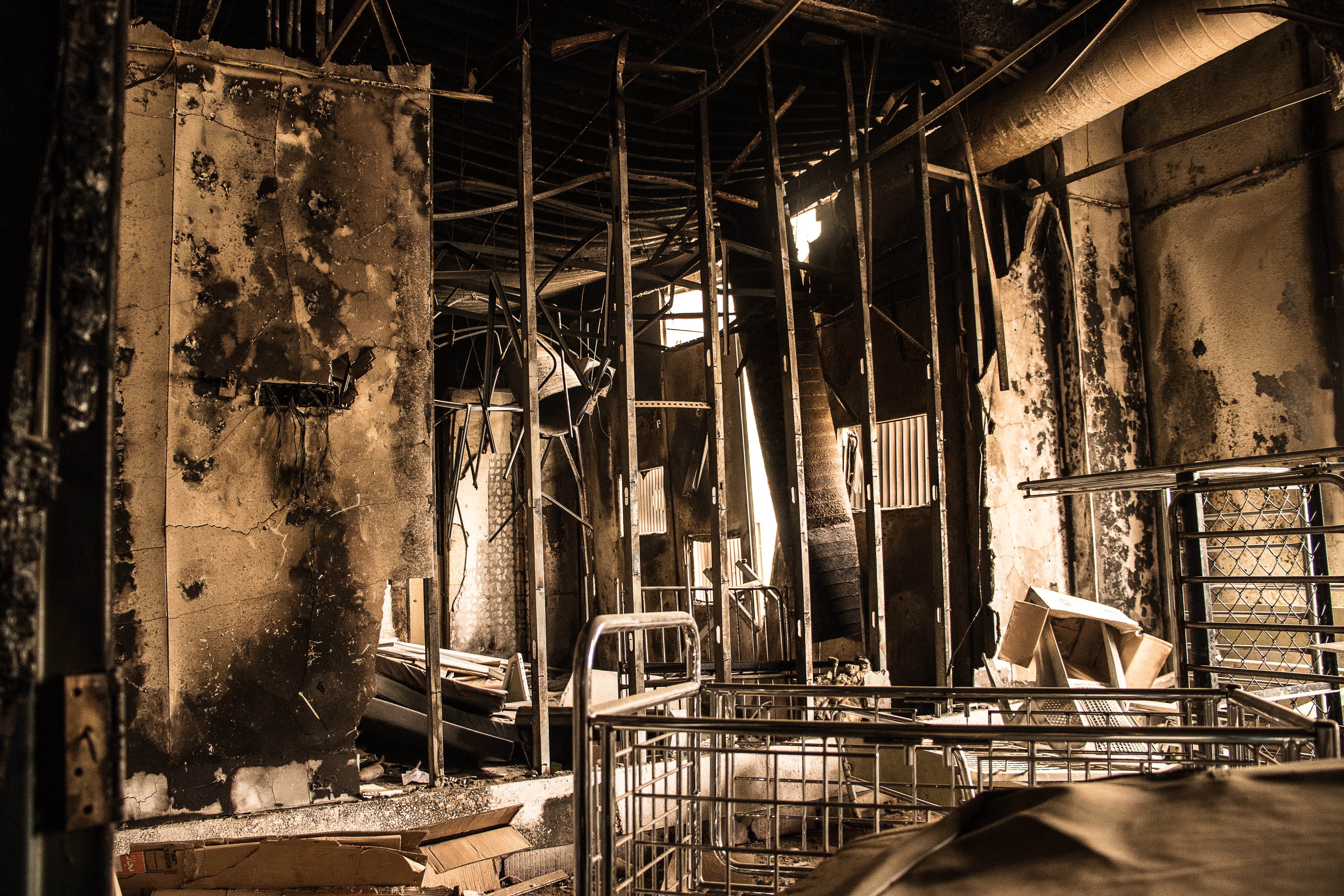 The Only Intensive Care Unit of its Kind in Mosul

The project was focused on re-establishing essential services in the Al Khansaa Pediatrics Teaching Hospital, one of the largest hospitals in Mosul. The aim was to rebuild the emergency room (ER), which had been completely destroyed. We restored an intensive care unit (ICU), also destroyed, and we rehabilitated some of the rooms in the pediatric ward.

Our team established a nutrition program with spaces for an inpatient and outpatient feeding. The program provided treatment for children with severe acute malnutrition, some of whom had been living in the camps or in west Mosul and had not been able to access adequate food.

When we opened the ER, this motivated the hospital staff to do further cleaning and repairs. It encouraged the staff and patients and gave them hope. The intensive care unit is the only one of its kind in Mosul. It’s only a small unit with four beds, but it’s the only chance a severely unwell patient has to survive. If it didn’t exist, patients with severe health issues would die.

Our goal was to address the lack of basic health care and ensure the hospital improved in terms of access and services. People had to pay to access services at the hospital, and we knew this was a barrier for many people. So we provided incentives to many of the staff so they could provide free services. It was a complicated task, and not all the services were provided for free, but at least it was an improvement.

It is crucially important for this work to continue. The rebuilding of essential medical services is of lifesaving significance during this phase of Mosul´s post-war recovery.