In Iraq, taxis are “the ambulance of the nation”

On October 1, 2019, mass protests against the Iraqi government's failure to provide basic services, create jobs, and stamp out corruption broke out in Baghdad before spreading to cities in the south of Iraq. The authorities’ violent response has included the use of live ammunition, tear gas, and stun grenades. As a result, hospitals across Baghdad were filled with wounded and injured protesters.

Doctors Without Borders/Médecins Sans Frontiéres (MSF) teams visited hospitals and provided donations of emergency medical supplies where needed, in addition to expanding the capacity of the Baghdad Medical Rehabilitation Center (BMRC) to offer early rehabilitation and post-operative care to the larger number of patients in need. Among those referred to the BMRC in recent weeks is 20-year-old Ali Salim, who drives a three-wheeled auto rickshaw taxi, or tuk-tuk, and spent his days ferrying wounded people to hospitals before he ended up in a hospital bed himself. 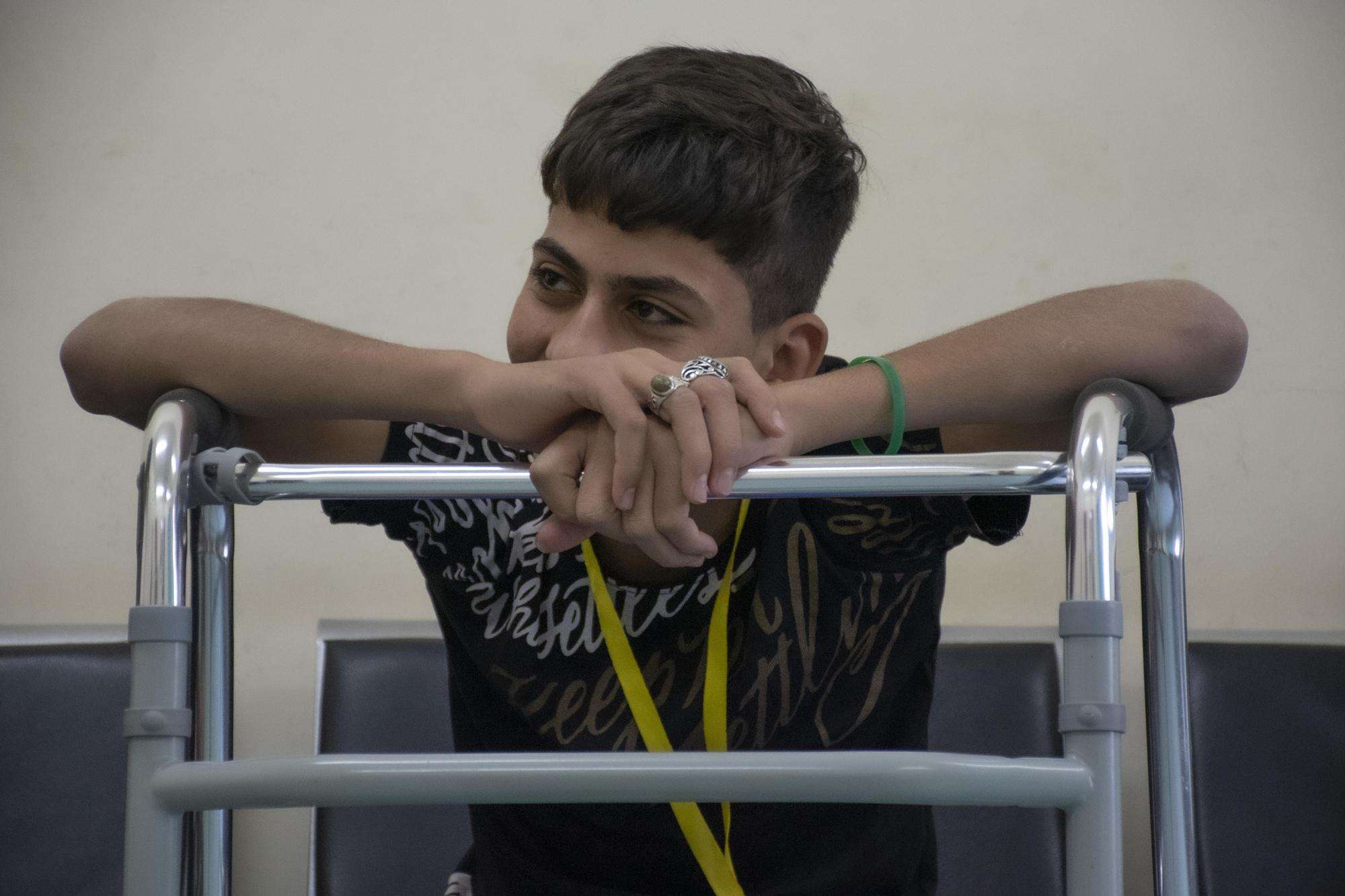 “From October 1, they started firing at people and, as a tuk-tuk driver—or the ambulance of the nation, as people call us—I started evacuating wounded people,” said Salim. “I have seen some injuries that really damaged me. I couldn’t just go back home, put my head on a pillow, and fall asleep. Some get hit by ‘smokers’ [Iraqi slang for tear gas canisters] in the head, others in the leg—my convictions didn’t allow me to leave.”

Salim was hit in the leg by a stun grenade and taken to a hospital for surgery. He was told he needed to stay for two weeks to properly recover but he was unable to rest as he saw the influx of wounded people arriving to the hospital alongside him.

“I thought I would be able to gather my strength, stand up, and drive my tuk-tuk to save more people,” he said.

He discharged himself against medical advice just two days after being admitted.

Salim was soon back at Baghdad’s Tahrir square, ferrying wounded people from al-Jumhouriyah Bridge, which runs over the Tigris river linking the protest site to the Green Zone, where government buildings and foreign embassies are located.

“When we drive onto the bridge we turn off our headlights, but they aim towards us and fire,” Salim said. “When they shoot, I move my head sideways as the tear gas and stun grenades or bullets penetrate the windshield—it was as if you’re watching a Bollywood film.” He adds that he never thought he would still be alive by now.

The worst was yet to come for Salim. On November 7, while posing for journalists with his heavily damaged tuk-tuk, a medical volunteer asked Salim to take him to al-Shuhada bridge, where there were reports of the use of live ammunition.

Once on the scene, Salim and the medic found three injured people. The medic asked for permission from security forces to aid those injured, raising his hands over his head. They refused. 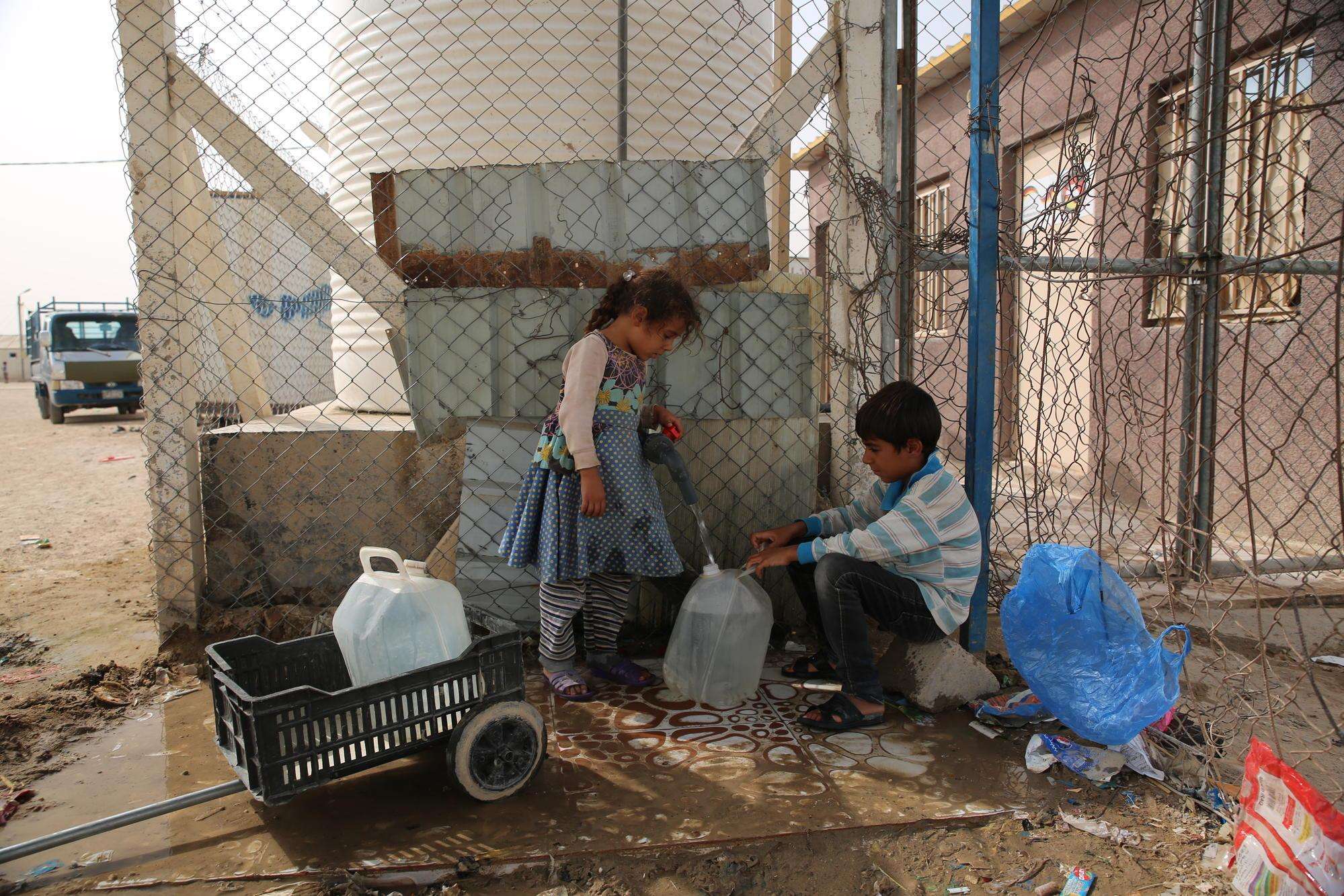 How we’re helping in Iraq

“He looked at me, smiled, and told me: ‘Son, wait here,’” Salim said. The man was shot in the chest almost immediately as he ran to assist the wounded.

Appalled by what he had just witnessed, Salim rushed to collect the medic and the other wounded people. But just as he was about to drive out to safety, his eyes caught sight of another injured man.

“He was an old man; I was truly devastated,” he remembers. As he approached the man, a security member shouted for Salim to go back. But he refused and was shot from point-blank range in the thigh.

Salim was taken to hospital for surgery. His tuk-tuk was never seen again.