As post-election violence continues to escalate in Ivory Coast, MSF is reinforcing its medical assistance in several locations. 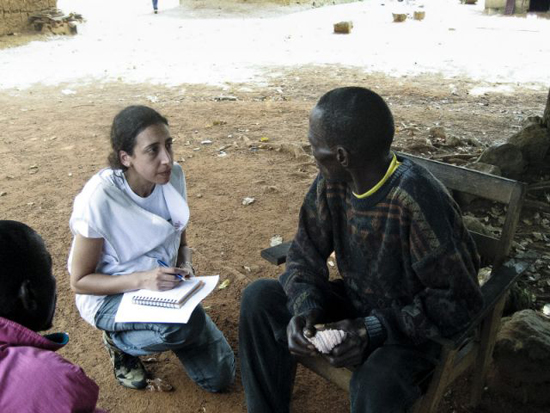 Following the recent escalation of violence related to the political crisis in Ivory Coast, Doctors Without Borders/Médecins Sans Frontières (MSF) is reinforcing its medical assistance in several locations. The organization also continues making donations to medical structures, in part because the freezing of Ivorian banking assets has lead to a shortage of hard currency, which is needed to buy medicines. As Mego Terzian, MSF’s Emergency Desk manager, says, “the supply system for medicines is seriously impeded by the paralysis of the banking system. Medical structures risk running short of medical supplies in the coming weeks.”

MSF has been present in Ivory Coast since the end of December, when tension rose precipitously in the aftermath of a contested election. In the western part of the country, the organization is providing assistance to people displaced by the violence. In a six-week period, MSF carried out 4,115 medical consultations in a makeshift camp in the district of Dukoué, where more than 12,000 internally displaced Ivorians have gathered. MSF teams have carried out 789 consultations in the commune of Kokoma since February 5. MSF also organizes the transfer of patients to Dukoué hospital, where an MSF surgical team has treated 67 patients. An MSF logistical team has renovated the hospital’s operating theater.

In the northeast of Dukoué, MSF has been running mobile clinics since February 23 in places from which local medical staff fled because of the violence. MSF is planning to open a health center and an inpatient unit in the city of Guiglo as well.

Two international medical staff will reinforce the team currently on the ground to assess the needs in the city hospitals of Danané, Bangolo, and Man, in the west, and in the regions of Ben Houen and Zouan Gnen. MSF will evaluate the needs in terms of medical supplies and staff, and the medical needs of people who’ve been wounded. “At the end of last year, we already donated medical supplies to Danané hospital to treat wounded people,” explains Marie-Christine Férir, MSF Emergency Desk manager. “Yesterday, this hospital received 10 wounded. Three of them died from their injuries.”

In the city of Abidjan, where clashes are taking place in different neighborhoods, MSF is making donations of medical supplies to treat wounded patients in private and public hospitals in the districts of Abobo and Treichville. A surgical team is currently evaluating medical needs. Another team is assessing the situation in the capital, Yamoussoukro.

Tens of thousands of Ivorians have sought refuge from post-election violence on the other side of the border, in the Liberian county of Nimba. In the past few days, thousands of new refugees have crossed the border after fleeing their homes when they heard shooting nearby. Since January, MSF has been running mobile clinics in several localities of Liberia, and it is now planning to reinforce its capacity to provide medical assistance in the region. A medical team is also present in the United Nations refugee camp of Bahn. The team screens the medical status of refugees registering at the camp, vaccinates children under 15 against measles, and provides medicines and technical support to the Bahn health center.

MSF opened its first project in Ivory Coast in 1991. Until 2007, MSF teams were working in MACA prison in Abidjan, in the hospital of Bouaké city, and in the western regions in the hospitals of Danané, Man, Bangolo, and Zouan Hounien. The teams conducted primary and secondary healthcare activities as well pediatric and obstetric care. During the crisis period, MSF also provided surgical treatment to wounded people, ran a nutrition project and an integrated HIV/AIDS and tuberculosis treatment program. MSF withdrew in September 2007, when the situation in the country had stabilized.