Kyrgyzstan: Ongoing Care for Victims of Violence in the South

MSF teams are providing medical care and assistance to victims of violence in the cities of Osh, Jalal-Abad and Bazar-Korgon. 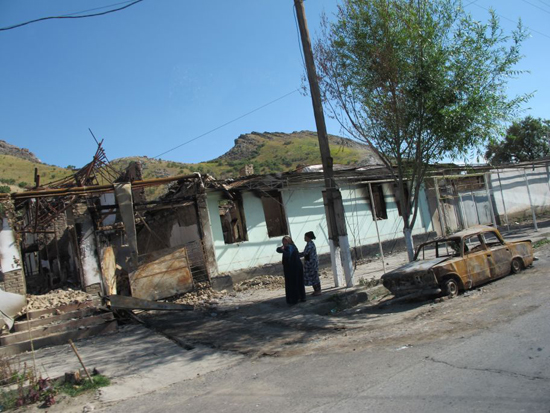 As the situation remains tense in Southern Kyrgyzstan, Doctors Without Borders/Médecins Sans Frontières (MSF) teams are providing medical care and assistance to victims of violence in the cities of Osh, Jalal-Abad and Bazar-Korgon. MSF is aiming first to address the immediate medical needs of the population. The international medical humanitarian organization is running mobile clinics in areas where people are still too scared to venture out of their communities, giving consultations to 250 to 300 people every week.

“We hope this situation will improve in the coming days,” says MSF Head of Mission for Kyrgyzstan Alexandre Baillat. “One positive sign is that armed personnel present in and around medical facilities in Osh have been removed on the 2nd of August. That will hopefully bring back trust in people who were reluctant to go to hospitals because of the presence of armed persons.”

“We have had a good collaboration with the management and medical staff of local health facilities, including hospitals,” says Anja Wolf, MSF field coordinator in Osh. “The patients we are referring to them are treated efficiently and correctly, without discrimination. But it remains hard to convince some patients to go to secondary or tertiary health structures, as the fear created by the June clashes is still present.”

MSF also provides drugs, medical equipment and treated water to health facilities that need them. Additionally, MSF psychologists are providing psychological support to the many people who have suffered in the June clashes, including some who lost family members and others who witnessed violent episodes.

In order to reach even more people, the organization is now training 42 counselors to work in their own neighborhoods. And, lastly, MSF has pre-positioned medical equipment and drugs in strategic locations to be able to respond quickly in case of renewed violence.

MSF has been active in Kyrgyzstan since 2006 with a program providing care for tuberculosis patients in the penitentiary system. In April 2010, MSF responded to violent clashes in Bishkek by supporting three main health structures in the capital city with drugs and medical equipment. MSF teams began their emergency activities in the south of Kyrgyzstan on June 15, responding to the medical needs of population affected by the violence. Today, 55 MSF employees, including 15 international and 40 national staffs, are running the current emergency operation.

Since the start of the current crisis MSF has been supporting 25 health structures with ad hoc donations of drugs and medical equipment and provided more than 2,100 medical consultations (including 1,300 patients treated together with the Ministry of Health in Onadyr).

In total, MSF has assisted more than 20,000 displaced and affected people by providing several health structures with medical kits for a potential of 12,000 beneficiaries, distributing hygiene kits and cooking sets for 6,835 beneficiaries, and ensuring the provision of treated water in Osh Oblast, where there are two family centers and one camp for displaced people, and latrines and showers in two camps for the population.