18-month-old Bayan had severe dehydration and diarrhea, and a high fever. She was admitted to the pediatric ward that Médecins Sans Frontières/Doctors Without Borders (MSF) runs in the Elias Hraoui governmental hospital in Zahle, in the Bekaa Valley, in eastern Lebanon. Her parents decided to consult a doctor after she had been lethargic, barely eating, and unable to keep anything down for almost a week.

“The doctor recommended that we take Bayan to a hospital after her condition became critical,” her mother says. “We couldn’t afford to go to a private hospital; we live in a refugee camp and my husband’s salary from his irregular job is not even enough for us to afford food. We had no idea what to do and were worried about our daughter, until we were guided to the Women and Health Alliance (WAHA) clinic in Zahle. From there, we were referred to the Elias Hraoui hospital.”

“Bekaa Valley is one of the most in need Lebanese regions. It hosts around 500,000 Syrian refugees, one third of Lebanon’s Syrian refugee population, and most of them are women and children,” says Audrey Landmann, MSF’s head of mission in Lebanon. “This region faces a lack of access to affordable secondary and tertiary healthcare services, and those that do exist are privatized and very costly, so the most vulnerable Lebanese and refugee communities cannot access them. Through our program in Zahle, MSF tries to cover this gap and provides specialized healthcare free of charge, including surgery and intensive care, ensuring that these services are accessible for communities in greatest need of them.”

The story of Rakad, a Syrian mother, confirms what Audrey says. She sought medical care for her daughter Amara in the Elias Hraoui pediatric ward. Amara had suffered from respiratory problems since birth, and her frequent admissions to the hospital had left her parents great in debt. “I’m very grateful for the free services provided by MSF in the hospital,” says Rakad. “Without them, I would have had to borrow money again from relatives to get my daughter the treatment she needs.” 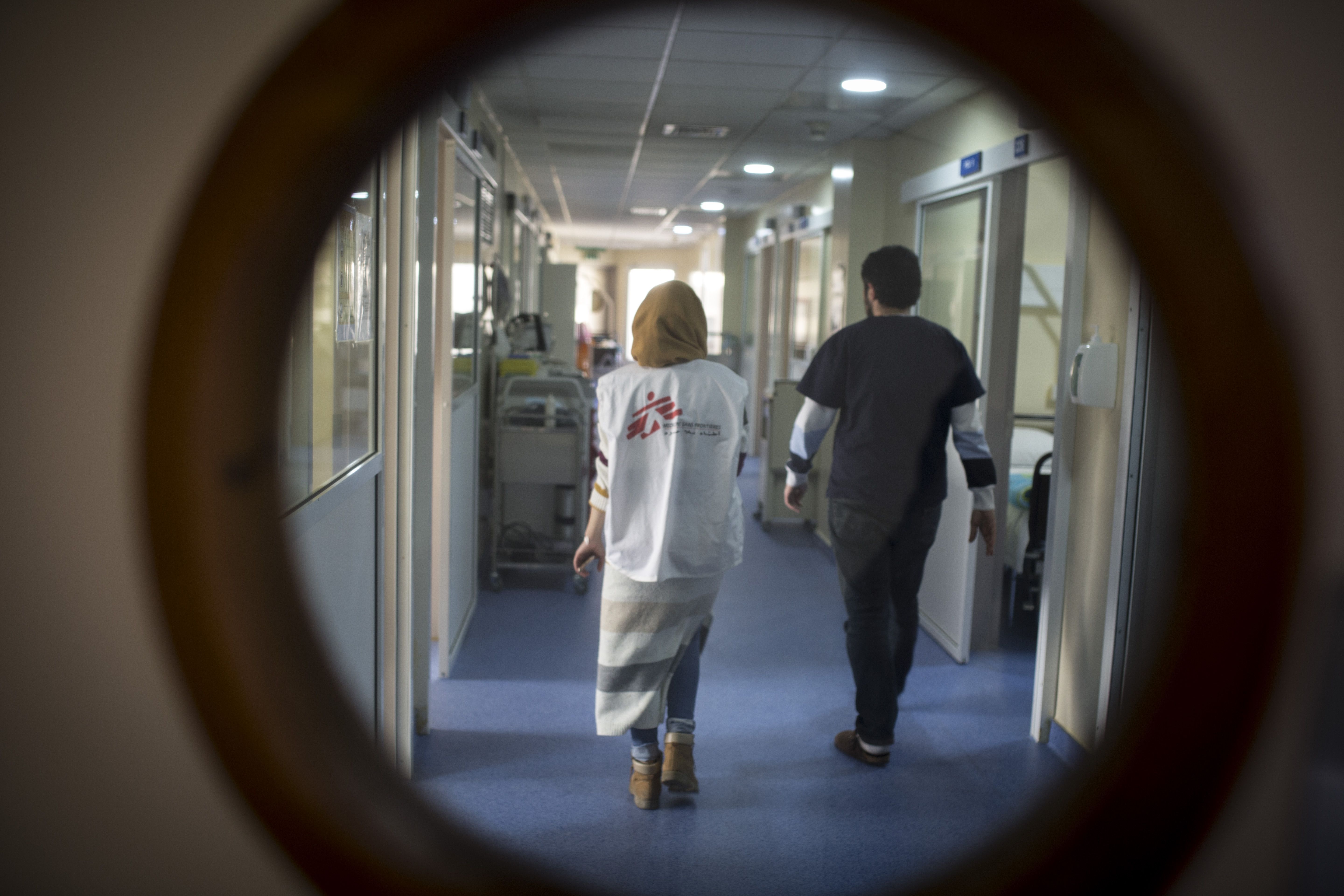 In addition to the inpatient services at the Elias Hraoui, MSF’s pediatric program in Zahle also includes specialized outpatient healthcare services provided in partnership with WAHA. The program works to maintain sustainable pediatric care, especially for children suffering from complications caused by chronic diseases or acute conditions, medical or surgical.