TRIPOLI, LIBYA/NEW YORK, MARCH 21, 2019—Nearly a quarter of the more than 300 migrants and refugees held at the Sabaa Detention Center in Tripoli, Libya, are malnourished or underweight, including many children, the international medical humanitarian organization Doctors Without Borders/Médecins Sans Frontières (MSF) said today, sharing the findings of a nutritional survey.

More than 100 of the detainees in Sabaa are children under 18, and they are significantly more likely to suffer moderate or severe malnutrition, MSF found, as numerous individuals reported receiving only one meal every two to three days. MSF is calling for adequate food for detainees and an end to the detention of children.

"What we see today in this single detention center is symptomatic of an uncontrolled, unjustified, and reckless system that puts the lives of refugees and migrants at risk," said Karline Kleijer, MSF's head of emergencies. "We're talking about the basic necessities required to sustain human life. If food, shelter, and essential services can't be provided in a consistent and appropriate manner, then these people should be released immediately by the Libyan authorities."

More than 5,700 refugees, migrants, and asylum seekers are estimated to be arbitrarily held in official Libyan detention centers operated by the Directorate for Combating Illegal Migration (DCIM), a division of the Ministry of Interior.

For more than two years, MSF has been providing medical care to refugees, migrants, and asylum seekers in detention centers in Tripoli, Khoms, Zliten, and Misrata. Detainees are not guaranteed access to medical care—it is provided by a handful of humanitarian organizations such as MSF or by UN agencies that manage to have a limited presence despite widespread violence and insecurity.

The majority of those held in Sabaa are Eritreans, with other nationalities including Sudanese, Nigerians, Cameroonians, and Ghanaians. Almost half have been in the detention center for six months or more.

"The situation is extremely concerning," said Kees Keus, MSF health adviser for Libya. "Our medical teams see patients who have stopped taking medications because they have nothing to eat, and food is consistently identified as the primary cause of anxiety."

The provision of food to Sabaa, by DCIM management or others, has been inconsistent and has left refugees, migrants, and asylum seekers without food for several days at a time.

In November 2018, due to the severity of the food situation in Sabaa, MSF had to step in to provide a two weeks' supply of food. On February 21, MSF again provided emergency food rations in Sabaa to improve the health of the population. On the same day, an MSF medical team discovered 31 people locked in a room measuring about 15 by 16 feet, with less than eight square feet per person. They did not have space to lie down and were forced to urinate in buckets and plastic bottles, because there was no latrine. Despite repeated calls from MSF that they be relocated to a more appropriate space, they continued to be held in this room for more than a week. 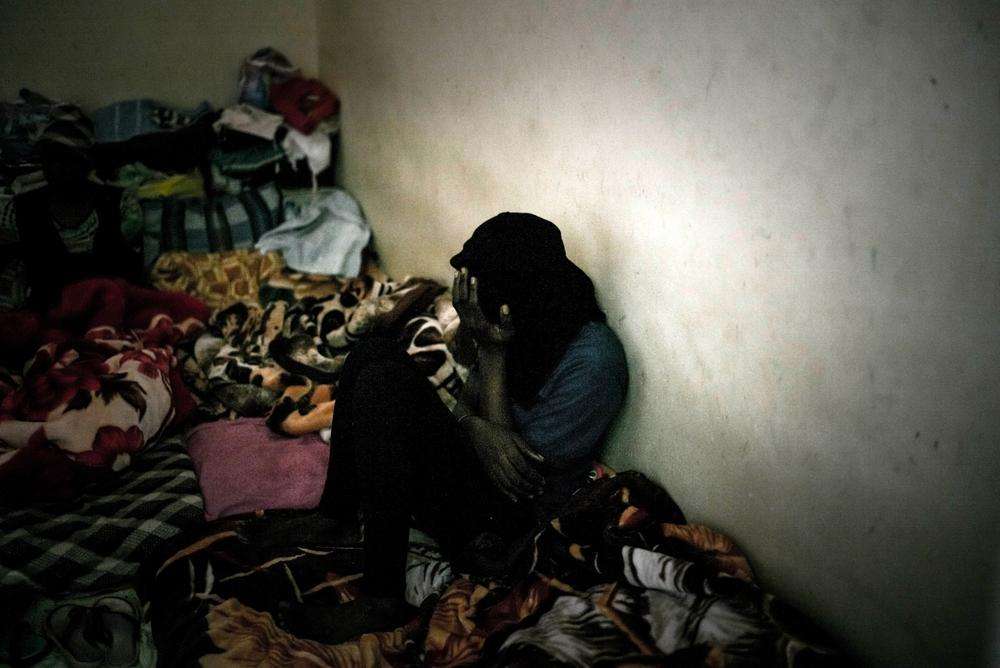 MSF opposes the arbitrary detention of refugees, migrants and asylum seekers in Libya and denounces European policies that force vulnerable people to return to the country. With European support, the Libyan Coast Guard returns people rescued at sea to Libya, rather than to a safe country where they could seek asylum.

"The fact that Europe, too, is contributing to this suffering through policies that enable people rescued at sea to be forcibly returned to inhumane detention conditions in Libya is utterly unconscionable," Kleijer said.

MSF calls upon Libyan authorities and the international community to respond immediately to the situation in Libya by:

In addition to providing lifesaving referrals, MSF medics treat detainees for medical problems mostly caused or aggravated by the lack of consistent or adequate medical assistance and the inhumane conditions inside the detention centers. These include respiratory tract infections, acute watery diarrhea, scabies infestations and tuberculosis. Many patients suffer from anxiety and depression or display symptoms of post-traumatic stress disorder. MSF frequently sees patients with psychiatric conditions requiring inpatient care that are linked to, or exacerbated by, detention in these circumstances.