Libya: "Almost All Of The Hospitals" In Tripoli "Are Receiving Wounded"

MSF Head of Mission Jonathan Whittall describes what he and the MSF team in Tripoli are seeing as the fighting intensifies and the number of wounded grows in the capital. 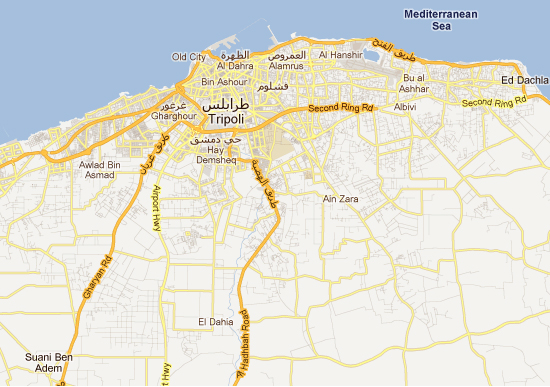 A three-person Doctors Without Borders/Médecins Sans Frontières (MSF) team is currently in Tripoli with supplies and is starting to support facilities that are already overwhelmed with patients wounded in the fighting currently taking place in the Libyan capital. MSF has also dispatched teams to Zlitan, east of Tripoli, and Al Zawiyah, to the west, to support hospitals faced with an influx of wounded. Speaking from Tripoli, Jonathan Whittall, MSF head of mission, describes the situation on the ground.

What we’re dealing with at the moment are health facilities in Tripoli that were already stretched even before the clashes erupted this week. Hospitals had shortages of personnel, due to the fact that many foreign medical staff who worked in the health system had already fled Libya. And hospitals had shortages of medical supplies because of the sanctions imposed on the country. The health system was already struggling to deal with the wounded coming from the frontline outside of Tripoli.

For the last three weeks, medical staff have been focusing almost exclusively on emergency cases and just haven’t been able to deal with any other medical problem the population has faced such as chronic diseases, emergency C-sections, and other medical conditions. The care really just hasn’t been available. When you add this to the clashes and fighting that’s broken out this week in Tripoli — and it has been extremely intense in some parts of the city — then you have a situation where already overstretched hospitals are trying to cope with the influx of wounded, and they just don’t have the support they need in terms of personnel or supplies.

What is the situation like in the hospitals you have been able to assess?

The hospitals that I’ve visited since the clashes started are often quite chaotic scenes with many doctors and nurses unable to reach the hospital because either they live in areas that are still not secure or they can’t travel through the city from one side to another. There’s a shortage of health workers inside the facilities, but there is a huge number of people who are responding as volunteers and who are going to the hospitals to try and support and assist where they can. But this is creating quite a chaotic environment.

The hospitals that I’ve been to have been full of wounded – gunshot wounded – in the emergency departments as well as the other wards. In one health facility that I visited, they had converted some houses next to the clinic into an inpatient department. For example, in the one house I went into, patients were lying on the floor, lying on the desks that were left inside the house and had been converted into a makeshift ward for patients to stay. But because of the shortage of staff, there was no nursing staff and the patients were essentially caring for themselves. In another facility, I saw wounded people waiting outside the hospital to get into the emergency room.

Are there other obstacles to providing aid beyond the fighting?

The problem that’s facing ambulances is that there’s a massive fuel shortage in Tripoli. The fuel is not able to come in yet across from Tunisia. This is a big concern because electricity is very sporadic, so generators are being used to run hospitals, but hospitals have quite limited reserves of fuel.

How is MSF responding to the situation?

The medical situation requires a very quick response, which is why we’re bringing in additional teams and supplies. More staff arrived with supplies and more will come tomorrow. We will start supporting health facilities immediately. There are still clashes happening in parts of the city today and this will definitely have an impact on the medical needs.

The health facilities are stretched, but by no means are they completely collapsed or not functioning at all. Health workers are treating the injured, they are responding to the needs of their community, but they are, of course, facing massive challenges. It’s not a matter of competence or willingness. It’s a matter of needing the support to be able to better address the very urgent and overwhelming needs they’re faced with.

Has there been any let up in the intensity of the fighting?

Now it’s quieter. Three days ago I wouldn’t have been able to talk to you on the phone because of the constant gunfire and shelling outside. Today the fact that I can speak to you without hiding behind a wall is progress.

In one of the hospitals that we haven’t been able to access because of ongoing fighting, we’ve heard of a critical situation with patients who are unable to be seen by medical staff because they can’t reach the hospital, because of fighting happening in the areas around it. It is absolutely essential in the coming days that all hospitals need to be accessible to patients. Health workers must be allowed to reach medical facilities and the sanctity of these structures must be respected by combatants on all sides of the fighting.

MSF is an international medical humanitarian organization that has been working in Libya since February 25, 2011. To ensure the independence of its medical work, MSF relies solely on private financial donations to fund its activities in Libya and does not accept funding from any government, donor agency, nor from any military or politically affiliated group. Today, the MSF team in Libya is made up of 44 Libyan staff and 30 international staff and is currently providing medical care, mental health care, surgical services, and pharmacy support in the cities of Tripoli, Misrata, Zintan, Yefren, Al Zawiyah, Zlitan, and Benghazi.