TRIPOLI, LIBYA/NEW YORK, April 25, 2019—Refugees and migrants in Tripoli's Qasr Bin Gashir detention center were shot and injured during a violent incident this week, the medical humanitarian organization Doctors Without Borders/Médecins Sans Frontières (MSF) said today, reiterating its call for an evacuation of migrants and refugees detained in the war-torn country.

MSF and other humanitarian agencies warned weeks ago of the dangers for about 3,000 migrants and refugees in detention centers in Tripoli and the surrounding area, and this incident could have been entirely prevented with their urgent and immediate evacuation out of country, the organization said.

"The international community can only be blamed for its complete and utter inaction," said Karline Kleijer, MSF's head of emergency programs. "Today MSF is again pleading for their urgent and immediate evacuation out of the country. Until then they remain at risk of another attack or crossfire." 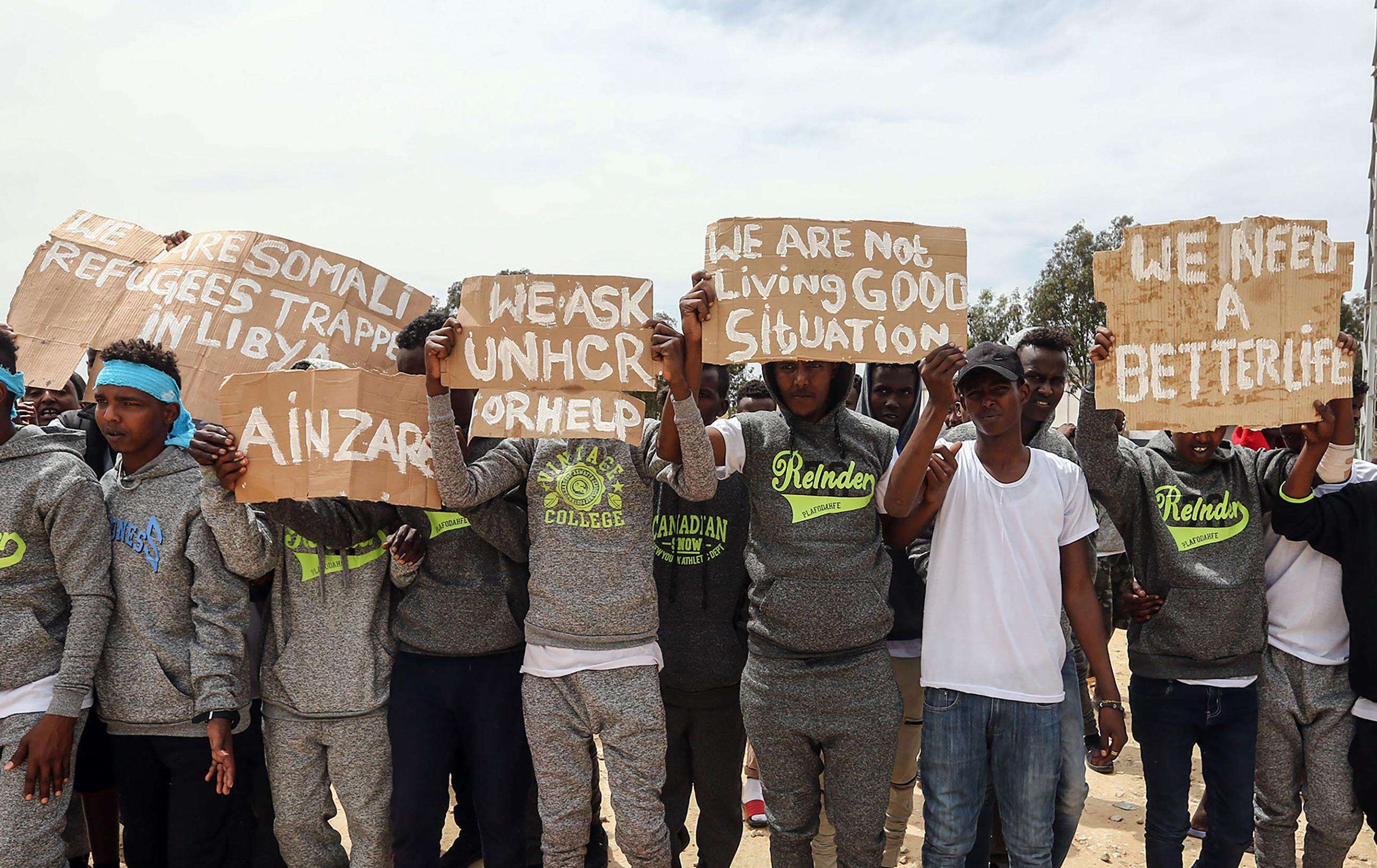 On April 23, reports surfaced of a violent incident in the Qasr Bin Gashir detention center, where more than 700 unarmed men, women and children were trapped. Conflicting accounts by both news media and humanitarian agencies on the ground failed to provide a clear picture of what transpired, and the extent of the injuries incurred. Several reports suggested several deaths and at least 12 people injured. While not all details of the incident can be confirmed, an analysis of existing photographic and video evidence by MSF medical doctors concluded that the injuries shown are consistent with gunshot wounds. These observations are further supported by numerous accounts from refugees and migrants who witnessed the event and reported on being brutally and indiscriminately attacked with the use of firearms.

"To say we were outraged is an understatement," said Kleijer. "Nothing justifies such a violent assault on civilians who are trapped in a conflict zone and acutely vulnerable. Mere condemnation of the violence against migrants and refugees is meaningless unless immediate action is taken by the international community to evacuate the remaining thousands to safety."

With emergency transfer operations taking place on April 24 and 25, the population in Qasr Bin Gashir has now been moved to the Zawiya detention center. While on a medical mission in response to the incident in Qasr Bin Gashir, MSF moved 30 people, including 12 children, out of the affected area on April 24, with the rest of the population transferred by other humanitarian agencies. While they are no longer in the direct vicinity of fighting, people are still subjected to dangerous and degrading conditions and rapidly changing conflict dynamics that continue to pose a threat to all those locked up in detention centers in and around Tripoli.

"The fear and despair in the screams of the women captured on videos is heartbreaking," said Hassiba Hadj-Sahraoui, MSF humanitarian affairs advisor for Libya and Mediterranean search and rescue operations. "There were infants, children, and several pregnant women who experienced this traumatic event. Many of these people have endured this before, some multiple times after being intercepted at sea and brought back to Libya. This senseless violence could have been prevented if calls for their evacuation out of Libya made some two weeks ago had been heeded."

MSF remains extremely concerned for all civilians caught in the fighting as heavy, indiscriminate shelling and airstrikes continue in densely populated areas of Tripoli. Since clashes erupted, the World Health Organization reports 296 deaths, including 21 civilians, and a further 1,441 injuries. More than 35,000 people in Libya have been forced to flee from their homes, according the International Organization for Migration.

MSF calls for all parties to the conflict to respect international humanitarian law and take every means necessary to ensure that civilians and civilian infrastructure are protected, and medical and humanitarian personnel are allowed to provide lifesaving medical assistance to all people in need on both sides of conflict lines.