Libya: MSF Preparing to Expand Operations in the West as Needs Grow

MSF is preparing to expand its medical response in western Libya to meet urgent humanitarian needs. 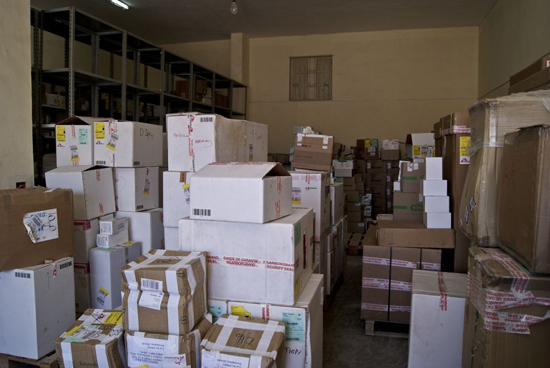 Due to an increase in admissions of wounded people to the MSF-supported hospital in nearby Yefren, MSF has sent medical teams to assess the frontline area south of Zawiyah. Today, MSF sent another team inside the town of Zawiyah to support the general hospital, which has also seen an influx of wounded patients, and to assess conditions in the town.

"Health structures in the area have been overwhelmed with high numbers of surgical cases, and health personnel are completely exhausted," says Mike Bates, MSF head of mission in Libya. "We have sent a surgical team to support them, and a medical team will also help them organize patient triage [and] the emergency room, as well as post-operative care."

In Tripoli, where fighting has increased dramatically in recent days, several medical facilities report serious shortages of materials and staff, according to MSF’s emergency coordinator, Jonathan Whittal, who has been present in the Libyan capital city since the beginning of August. "Some hospitals have run out of life-saving medication and equipment," he says. "There is little electricity and insufficient fuel to run ambulances and some crucial equipment. The current fighting in the city will put strained medical facilities under even more pressure."

MSF is preparing to send more staff and lifesaving medical supplies from bases in Tunisia and Malta to support hospitals in Tripoli as soon as the security situation allows.

At the same time, MSF continues its work in several locations across Libya. In Misrata, MSF teams have been supporting medical structures since April with a focus on trauma care and gynecology and obstetrics. They are also running a mental health program in addition to providing health care inside Misrata’s prisons. In Benghazi, MSF is providing psychological support to medical staff and patients. In Zlitan, where fierce fighting occurred at the end of last week, wounded patients have been referred to Misrata hospitals, and MSF has been assessing medical needs. MSF is also supporting hospitals in Yefren, focusing on surgery and post-operative care, and is offering psychological support to the population of Zintan.

MSF is an international medical humanitarian organization that has been working in Libya since February 25th 2011. To ensure the independence of its medical work, MSF relies solely on private financial donations to fund its activities in Libya and does not accept funding from any government, donor agency, nor from any military or politically affiliated group. Today, the MSF team in Libya is made up of 44 Libyan staff and 30 international staff.