MSF Blogs: The Flying Creatures I Sleep With 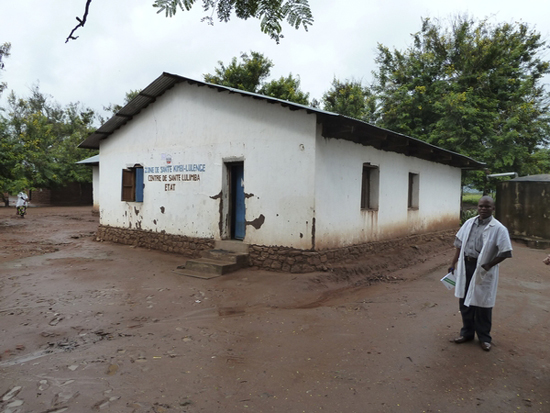 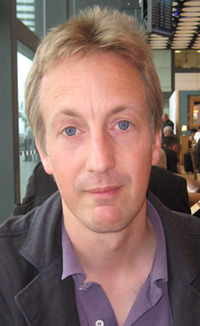 We’ve taken over a compound from another aid agency as a temporary MSF base. “Compound,” however, is probably too grand a term for the small single-story building of mud, riddled with termite holes, its bare wooden beams roofed with corrugated iron and surrounded by a flimsy stockade of bamboo.

The strong smell of ammonia pervades the building as it hosts a thriving colony of bats. They’re quiet during the day but, as I turn in, they start to scratch, screech, and shuffle about after returning from sorties to feast on the copious and diverse clouds of insects that race like electrons around the bare bulbs run by a noisy diesel generator at night.

Having learned of a possible association between bats and the dreaded viral hemorrhagic fever, Ebola, I was not happy to find two of them, wings folded, clinging upside down to the mosquito net over my bed. The net is often covered with tiny black pellets each morning—bat poo.

One night there was a scrabbling sound close to my head. I turned on my head torch, expecting to find a bat or one of the many rats that also plague the compound—I saw two of them swimming in our latrine—but instead found a grasshopper half the size of my hand trying to climb into bed with me.

We also cohabitate with: even larger moths, as fabulously colored as the cotton scarves worn by the women; flying ants or their military relations that march in neat columns from one end of the compound to the other; the malaria-bearing mosquito; large, agile cockroaches that like to charge you as you squat in the latrine; centipedes with impossible numbers of legs; frogs that make the noise of an old fridge; and the odd praying mantis—one landed on my shoulder as I read a book in the compound’s courtyard.

There are a couple of tabby cats who we’ve allowed to stay on in a rather lame attempt at pest control but they look frankly exhausted and not enthused by the task we’ve given them. A wild monkey was spotted near the compound but years of war and the resulting hungry population means there is not a lot else in the way of wildlife.

The best part of the day is a shower. Water is heated up on charcoal braziers in large, dented aluminum pans and I’m rationed a third of a bucket of hot water, topped up with rainwater collected from the roof (all our water is either collected from the roof or from a pump near a river close to the hospital and filtered). I take my bucket to a rectangle of space the size of a telephone box partitioned with plastic sheeting and soap up next to a papaya tree under an open sky.

Food has so far been a valiant attempt to vary the diet of rice, pasta, beans, and “foufou,” dough made of cassava flour that has poor nutritional value, but is a staple of the people’s diet. The fridge for the cold chain medicines, including anti-venom for snakebite, arrived last week and we’ve commandeered a small corner to keep a few bottles of soft drinks cold. My other luxury is a cup of coffee made each morning with an Italian espresso maker I brought out with me, heated over the charcoal brazier.

Congo’s rickety communications contribute most to the feeling of remoteness. When I worked as a reporter, I started without satellite technology and remember a group of telephone operators were the guests of honor at a journalist’s party in Tbilisi, capital of the former Soviet republic of Georgia. Things have moved on and handheld satellite phones have replaced the 25 kilogram (about 55 pound) trunk with antenna that I first used in the 1990s. However, satellite technology is expensive so instead, I’ve bought a local SIM card for an old mobile phone to try and keep in touch back home.

Mobiles have revolutionized communications in Africa, leapfrogging the need for expensive communications infrastructure, and are now used to transfer money and to remind patients living with HIV to take their antiretroviral medication as well as for texts and calls. So when I receive a text in Lulimba from my family in the UK, asking, “Can you stand under the mango tree?” I head for a slightly elevated corner of the MSF compound and wait in the dark shade of the tree hoping that my family doesn’t have to dial more than 10 times to get through and that the quality of the line will be slightly better than the roar of ocean you get when you put a shell to your ear.