Palermo, Italy, October 23, 2020—The nongovernmental organization (NGO) Sea-Watch lodged a legal appeal with an Italian administration court today, challenging the continued detention of its search and rescue ship, the Sea-Watch 4, which it runs in collaboration with the international medical humanitarian organization, Doctors Without Borders/Médecins Sans Frontières (MSF). The Sea-Watch 4 was arbitrarily detained in the port of Palermo, Italy, more than one month ago, preventing it from returning to the Central Mediterranean to conduct lifesaving search and rescue operations.

“Since September 19, the Sea-Watch 4 has been unable to sail, unable to resume operations, effectively trapped,” said Beatrice Lau, MSF’s head of mission. "At least 80 people, possibly many more, have lost their lives in the central Mediterranean since the ship was impounded. Hundreds more have been forcibly returned to Libya, where they may be subject to torture and abuse.” 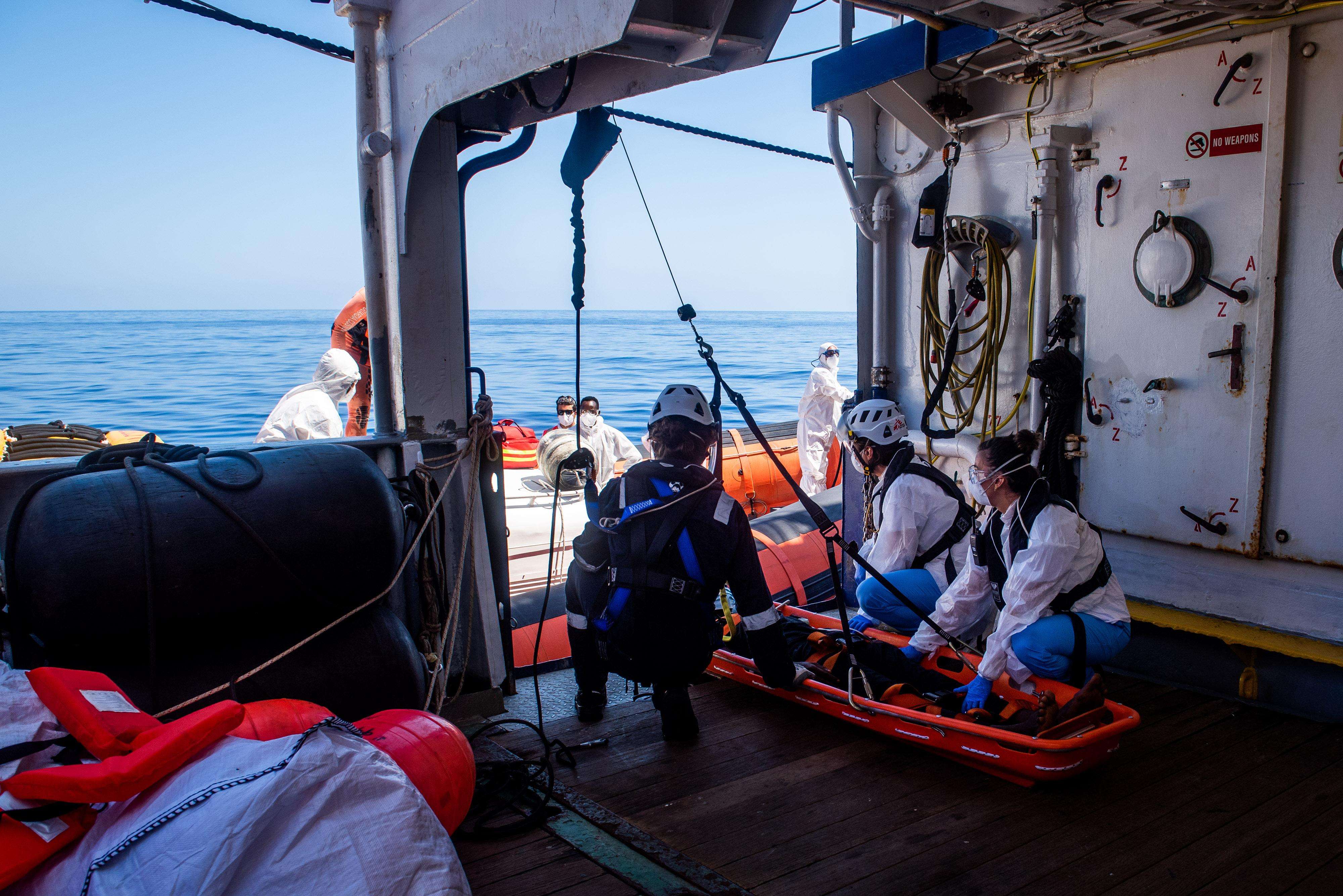 MSF provides medical care and supports with humanitarian assistance for people rescued by the Sea-Watch 4 and has a team on standby waiting for the ship to be released so that they can return to the search and rescue zone and save lives. At least 15 people drowned in the Central Mediterranean while trying to seek safety this week alone, including two children and a pregnant woman. Five more people are missing, presumed to be dead, following another incident.

While MSF recognizes and respects the importance of port safety controls as an essential component of maritime law, the organization said that the decision of the Italian authorities to keep the ship impounded appears politically motivated, relying on a preposterous interpretation of maritime law and safety regulations.

Italian port authorities spent 11 hours inspecting the Sea-Watch 4 and putting together a laundry list of irregularities to detain the ship. Some of the irregularities are minor—such as a handful of non-functioning lights—but others are impossible to address. For example, one of the irregularities listed was that the Sea-Watch 4 did not have enough “lifesaving appliances” for the 354 people it had on board when it came into port (more than the regular capacity of the ship). However, the authorities failed to take two important considerations into account. Firstly, according to the International Convention on Maritime Search and Rescue, it is the duty of ship masters to provide assistance to people in distress at sea. Secondly, the Sea-Watch 4 only had 354 people on board as it was instructed by the Maltese authorities to take on board 152 people from another search and rescue ship in the Maltese search and rescue region. The Italian coast guard vessels were also on the scene and evacuated 49 vulnerable people from the same ship on to their ship.

“We have worked hard to fix what we can, despite some of the stated irregularities being too minor to justify detention,” said Barbara Deck, MSF project coordinator on board the Sea-Watch 4. “The rest [of the irregularities] are quite frankly impossible to meet. For example, the ship’s flag-state, Germany, simply does not provide the type of certification required by the Italian authorities, which makes this irregularity impossible to rectify. For this reason, we fear that legitimate procedures and maritime law are being weaponized by the Italian authorities to stop search and rescue activities.”

The Sea-Watch 4 is the fifth NGO search and rescue vessel to be impounded by the Italian Authorities in a deadly pattern seemingly designed to prevent NGOs from carrying out lifesaving rescue activities that are in line with international and Italian law. On October 10, the NGO ship, Alan Kurdi, was detained for the second time in six months. On October 22, the Banksy-funded rescue vessel, Louise Michel, announced that it was also unable to leave port as its registration was being challenged.

European Union (EU) governments have taken away search and rescue capacity from the world’s deadliest sea border. They do this while simultaneously pledging a more humane approach to migration in the recent migration pact. If EU states are unwilling to fulfill their responsibilities to protect people seeking safety, the very least they can do is let NGO search and rescue vessels fill that gap.

At the same time, the EU continues to fund and train the Libyan Coast Guard despite its own recognition that Libya is not a safe place of return. On October 8, two ships belonging to the Libyan Coast Guard returned to Libya after undergoing substantial repairs paid for by Italy and the EU. These ships will be used to capture people at sea and return them to the very place they are trying to flee.

So far in 2020, at least 506 people have died in the central Mediterranean, and nearly 9,000 have been forcibly returned to Libya.