UPDATE: MARCH 27, 2019—Following the Mozambican government’s official declaration of cholera almost two weeks after Cyclone Idai, Doctors Without Borders/Médecins Sans Frontières (MSF) is scaling up activities to treat people suffering from the disease and help curb its spread. The cyclone and subsequent flooding substantially damaged the water supply system in Beira—the hardest-hit city in Mozambique—making it difficult for people to access clean drinking water, which is key in preventing the spread of waterborne diseases like cholera.

“MSF is already supporting the Ministry of Health to care for patients suspected to be suffering from cholera in three health centers of Beira and has so far been treating more than 200 patients a day," said Gert Verdonck, MSF emergency coordinator in Beira. "In the coming days, we will work alongside the Ministry of Health to scale up as much as possible and provide support to more cholera treatment units as well as work to rehabilitate a larger cholera treatment center.

“Given the sheer amount of water that passed through Beira during Cyclone Idai and the volume of damage caused, it’s not surprising that there are outbreaks of waterborne diseases like cholera in the city.

“We have cargo planes arriving daily with the supplies we need and are also flying in experienced medical and logistical MSF staff from our projects in Mozambique and around the world.

“We are also in discussion with the health ministry about supporting a large cholera vaccination campaign in the area.”

NEW YORK/BEIRA, MARCH 26, 2019—As more than a million people struggle to rebuild their lives in flood-affected parts of Mozambique following Cyclone Idai, emergency teams with the international medical humanitarian organization Doctors Without Borders/Médecins Sans Frontières (MSF) have started medical response activities. The response to the disaster caused by heavy flooding will be enormous in scale, as those affected are in urgent need of assistance and basic necessities such as clean water.

Cyclone Idai—which hit the port city of Beira, home to some 500,000 people, on March 14—has destroyed the lives and livelihoods of hundreds of thousands of people. According to government figures, high winds and water have killed at least 447 people in Mozambique alone, and damaged or destroyed thousands of buildings—including homes, schools, health centers, and hospitals—across the area. Many families were left homeless, and most communities are without reliable access to electricity or clean water, which is necessary to prevent the spread of waterborne diseases. 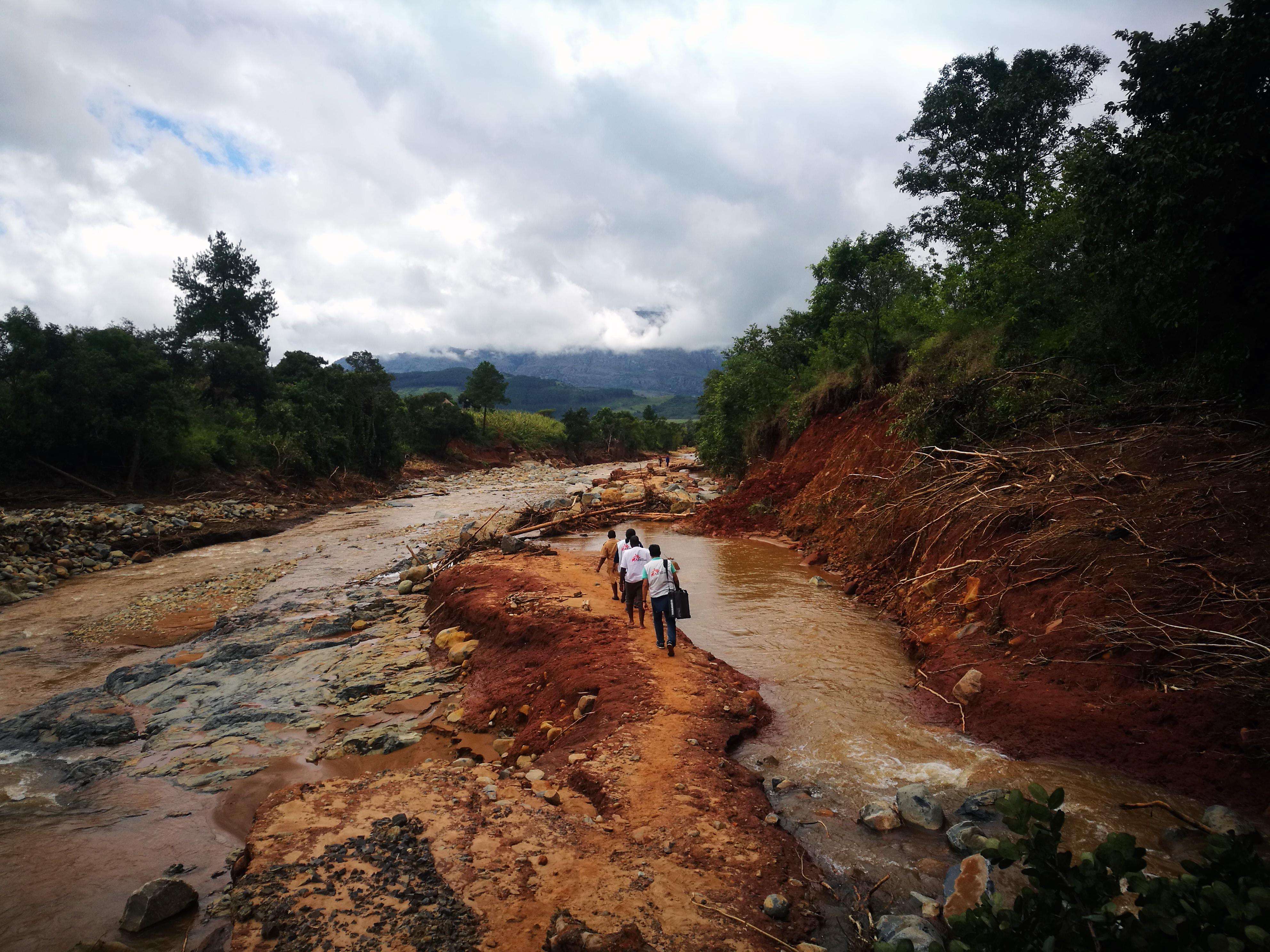 “The cyclone has left a path of devastation with thousands of houses destroyed, which has left the community vulnerable and exposed to the elements,” said Gert Verdonck, MSF’s emergency coordinator in Beira. “The supply chain has been broken, creating food, clean water, and health care shortages. The scale of extreme damage will likely lead to a dramatic increase of waterborne diseases, skin infections, respiratory tract infections, and malaria in the coming days and weeks. Furthermore, the local health system and its regular services, such as HIV treatment and maternal health care, has also been disrupted.”

As soon as the airport was re-opened after the cyclone and planes could land in Beira, MSF sent a small emergency team from Maputo to check on the staff of its existing HIV project in the city as well as to assess the needs for a large-scale emergency intervention in and around Beira. This first team has expanded to more than 60 international staff who are working alongside existing MSF staff in Beira as well as local staff who are being rapidly hired to help meet the needs.

Some of these MSF staff are working alongside the local Ministry of Health inside three health centers in Beira to care for those suffering from acute watery diarrhea, as well as repair damage sustained during the storm. As more staff and supplies arrive in Beira, this support will be extended to at least one other health center in the city, ensuring that patients with severe diarrhea are provided with lifesaving oral and IV rehydration.

“The cyclone substantially damaged the city’s water supply system, resulting in many people having no access to clean drinking water,” Verdonck said. “This means that they have no option but to drink from contaminated wells. Some people are even resorting to drinking stagnant water by the side of the road. This, of course, results in an increase of patients suffering from diarrhea. The MSF-supported health centers have seen hundreds of patients with acute watery diarrhea in the past few days.”

Outside of the health centers, MSF is running mobile clinics to provide primary health care to the most affected communities. These teams—comprised of doctors, clinical officers, nurses, health promoters, and counsellors—are visiting poorer areas of Beira. Teams are also visiting some of the 37 transit centers where those whose homes have been destroyed and those who were rescued from flooded areas outside of Beira are sheltering.

“Thanks to MSF’s long-term presence working alongside the Ministry of Health to treat HIV in Mozambique, we have strong existing links with the country and were able respond in a rapidly,” Verdonck said. “Given how many of our patients and their families have lost everything, our mobile clinics are not just about providing primary health care but also about showing up and being there for a community that is desperately in need.”

To date, the mobile clinics have primarily treated cases of diarrhea, respiratory tract infections, skin and wound infections, as well as injuries sustained by people trying to rebuild their homes. When patients are in need of more substantial medical care, MSF transports them to the hospital or to a nearby health center.

Given the results of several health assessments conducted in the last few days, during which MSF teams also assessed the water and sanitation situation, the geographic scope of MSF’s response will expand beyond Beira town to several of the most-affected areas inland and to the south of Beira, in Manica and Sofala Provinces, including the hard-hit towns of Buzi and Dondo.