Niger: Getting Children to Grow Healthily

In 2005, an innovative strategy that moved the treatment of severe acute malnutrition out of hospitals was widely expanded for the first time in Niger, and a record number of children were able to receive care. Ten years later, a public health approach to preventing child mortality has been launched, combining the fight against malnutrition with the prevention of other deadly childhood diseases.

Rahi Harouma, 40, lives in Keleme, a small village in Bouza department in southern Niger. It is November and the family has already collected its full harvest. “This year the size of the harvest was normal,” says Harouma, sitting in the yard of her home while her older daughters grind some grain to prepare lunch.

This is the most important harvest of the year and most families in Niger depend on it to survive. Nutritional crises are recurrent in the country, especially from June to October, when food stocks start to dry up before the following harvest. Children are the first to suffer the consequences.

Harouma's husband is a farmer and they have six children; the youngest is six-month-old Adbousidi. "With Adbousidi everything is easier," Harouma says. "I take him to the health center so that he can grow healthily." The Keleme health post is one of six health facilities in the Tama area, where Doctors Without Borders/Médecins Sans Frontières (MSF) has launched a project for the treatment and prevention of the main causes of infant mortality—malnutrition being one of these.

Harouma takes the baby to the health post for a check-up once a month. The health worker there checks that the child’s development is as it should be, gives any vaccinations that are needed, and also gives them some small sachets of prepared foods, one for each day, for babies from six months to two years old. It is a nutritional contribution designed to prevent children from becoming malnourished.

"Right now there are about 3,200 children in the program, virtually the entire population under 24 months old in the area," says Emmanuel Goumou, head of the MSF program. "Soon, the preventive and curative comprehensive care package program (known by its French acronym PPCSI) aims to provide comprehensive health care for all these children."

The PPCSI program began in March, 10 years after the serious nutritional crisis suffered by Niger in 2005, and is yet another example of how the fight against malnutrition has evolved over the last decade.

Nines Lima, now MSF’s malaria adviser, was a medical coordinator in the country back in 2005. “The scale of the emergency was huge and MSF was working in the worst affected areas. I was in Ouallam, in Tillabéri, where the number of malnourished children meant our work continued until December. We then went to Madaoua and Bouza in the Tahoua region, where there were many cases of malnutrition and no one able to cover the needs. We’re still working there today,” she says.

In 2005, ready-to-use therapeutic foods (RUTF), which enable home treatment of severe acute malnutrition without medical complications, were widely used for the first time. As a result, more than 69,000 children received treatment. “I was impressed by the intensive nutrition centers I visited in Zinder, where malnourished children with complications were admitted, because there were so many of them, more than 600 in two centers. It was like a town of malnourished children,” Lima says.

Since 2005, thanks to various medical and nutritional innovations, as well as Niger’s new health policies, the number of children with severe acute malnutrition who are treated in the country has not stopped growing—more than 360,000 children were treated in 2014. These high numbers do not necessarily indicate that malnourished children are more numerous, but that the national coverage has improved. In 2013, there were over 800 facilities providing treatment for malnutrition in Niger. Moreover, the adoption of the new anthropometric measures to define malnutrition, which are more inclusive, automatically led to an increase in children considered malnourished. Meanwhile, there has also been significant progress in tackling major childhood diseases such as malaria, which preys on malnourished children with compromised immune systems.

Lima returned to Niger last year. “The great progress with malaria in recent years has been the implementation of seasonal malaria chemoprevention, which provides preventive treatment to children between three months and five years old during the months of highest incidence of the disease,” Lima says. “What’s more, we’ve worked to make it possible for simple malaria to be diagnosed and treated within the community by personnel with little training, thereby improving access and preventing the development of severe malaria."

Children at the center

The health authorities in Niger have also worked in the same direction, training health workers so that they can address the country’s main causes of death: malaria, pneumonia, diarrhea and, malnutrition. This strategy aims to alleviate one of the Nigerien health system’s main problems, which is the lack of doctors and nurses, especially in rural areas.

“Malnutrition remains a reality in Niger and should be treated from a public health viewpoint,” says Luis Encinas, head of MSF projects in Niger. “To combat it, we must work on a set of basic health measures aimed at the youngest children, as we are doing now in Tama with the PPCSI program to help children grow healthily.” 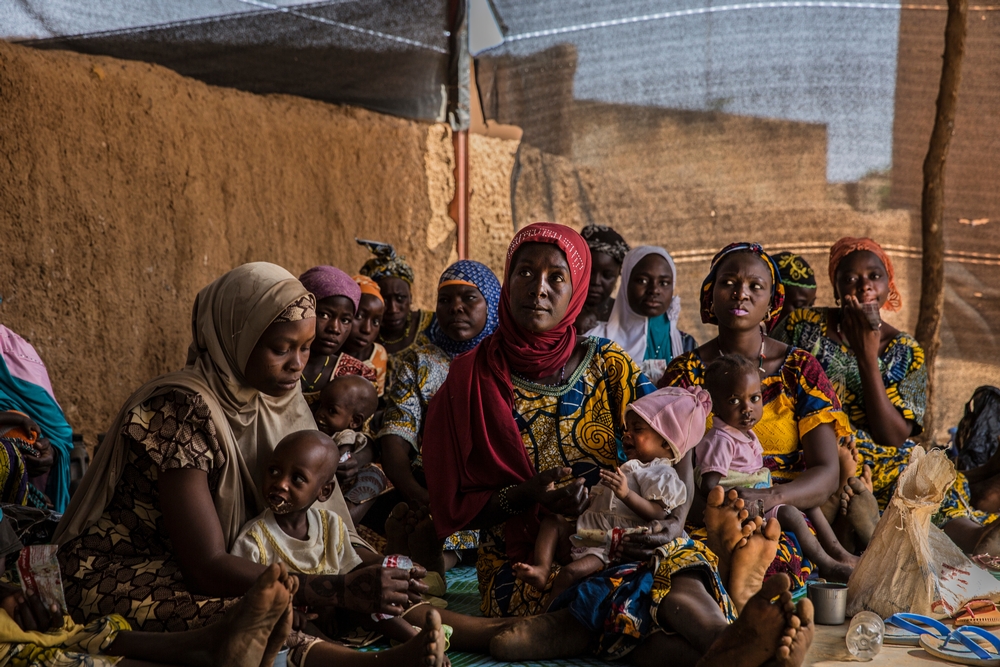 Lessons Learned in this Decade

Until 2005, children were systematically admitted for a one-month treatment. The introduction of ready-to-use therapeutic foods simplified the treatment and enabled it to be implemented at home. In 2005, 300,000 treatments were sold worldwide; in 2013 that number grew to approximately 3 million.

After analyzing infant growth in eight countries across five continents, the World Health Organization published new anthropometric curves to address malnutrition. Thus, many children who previously were considered moderately malnourished but at high risk of mortality are now considered to be severely malnourished and receive treatment, making it easier to cure them.

Among children under five years old, those between six and 23 months are most affected by severe acute malnutrition; about 80 percent of cases occur in this age group. With this data, programs to reduce child morbidity and mortality increasingly focus on treating the youngest children.

Malaria and malnutrition is a lethal combination

Malaria is one of the main causes of death in many countries affected by malnutrition. This combination occurs during the same time of year, necessitating strategies that address both problems simultaneously. For example, when children receive seasonal malaria chemoprevention, their nutritional status is assessed and they are referred for treatment if needed.

Treat all the illnesses a child has

Malnourished children have very weakened immune systems and are less able to fight diseases such as malaria, diarrhea and respiratory infections. At the same time, children with these diseases are also more likely to be malnourished. More and more programs are trying to respond in a comprehensive manner to all the needs of children.

Simplifying the approach to major childhood diseases allows health workers with minimal training to diagnose and treat them at the health facility nearest to the child. Thus, only the most severe cases need to be referred.

Since last March, MSF is implementing a preventive and curative comprehensive care package programme (known by its French acronym as PPCSI) in Tama area, Bouza district, in the region of Tahoua. The main objective of the programme is to provide comprehensive healthcare for all the children under 24 months old, with a special focus on the main causes of infant mortality: malaria, malnutrition, respiratory infections and diarrhoea.
Juan Carlos Tomasi/MSF