Niger: What to do next?

In 2005, MSF teams admitted more than 63,000 children under five suffering from severe acute malnutrition to their therapeutic feeding programs in five regions of Niger. This is a chronic emergency situation for which there is a simple, effective answer that targets acute malnutrition. 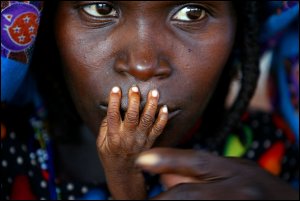 Three conclusions can be drawn from our programs in this country since 2001 and especially in 2005: first, Niger faces a chronic nutritional emergency; secondly, the response to this emergency is inadequate because of a poor assessment of the situation but also as a result of political choices; thirdly, there is a simple strategy that cures nine out of ten children suffering from acute malnutrition.

2005 cannot be singled out as an isolated episode caused by adverse climatic conditions. It was in fact a peak of what had been an unrecognized emergency. In some vulnerable areas, a high proportion of infants have no access to food in quantity and in quality corresponding to their needs. Due to an alarming growth in their numbers and their increased visibility compared to previous years, these children finally benefited from food aid — however imperfect at least free-of-charge - after June 2005. New aid providers took initiatives and set up therapeutic feeding programs.

What is the outlook for 2006? How dire must the situation get before donors start funding programs commensurate with existing needs, and before pledges translate into tangible results in the field? One cannot wait to take action unless we are willing to accept that each year, tens of thousands of children suffer from acute malnutrition in Niger. The various aid providers in Niger (the Niger government, donor governments, UN agencies) must make a political choice: to treat or not to treat children suffering from acute malnutrition. One can no longer retreat from the issue by claiming that there is no short-term solution. There are two basic measures that remain to be implemented: first, treating acute malnutrition with effective, simple and ready-to-eat therapeutic foods and second, making foods that address the nutritional needs of infants available to families.

Extent and severity of the nutritional emergency

Until 2005, no aid provider in Niger, including MSF, had recognized the scale of the nutritional crisis. It remains impossible to accurately assess the number of children having suffered from acute malnutrition throughout the country in 2005. While there is a lack of reliable indicators regarding the state of the population's nutrition, the number of admissions to MSF's therapeutic feeding programs is evidence of the severity of the situation. What does this data tell us? Patients are children under five who weigh less than two-thirds of the average weight for their height, in such a failing state of health that their life is in danger. These admission figures probably under-estimate the actual number of cases of severe malnutrition, unless one assumes that every single case was treated by MSF, which is highly unlikely. Moreover, there are undoubtedly larger numbers of cases of so-called moderate acute malnutrition (also medical emergencies).

The fact is that year after year admission figures to the feeding programs in the Maradi region keep rising (5,200 in 2002, 6,700 in 2003, 9,700 in 2004) reaching an all-time high in 2005 (more than 39,000). We can conclude from this that acute malnutrition is rampant in Niger, worsened some years by "epidemic peaks". It is a "chronic emergency" situation, with seasonal variations (peak admissions from June to September, right before the harvest) as well as geographic influences.

The expansion of our activities in 2005 enabled us to pinpoint vulnerable areas. Most admissions were recorded in centers located in the southern departments of Maradi and of Zinder, while there were fewer cases in the centers of the other regions (Tahoua, Tillabery and Diffa). We thus reassigned our activities in the less affected areas to other aid providers and bolstered our operations in the south of Maradi and of Zinder.

In these regions, the impact of malnutrition on the population is extreme. For instance, in the department of Guidam Roumjdi (Maradi) that has an estimated population of 93,226 children under five, 10,223 were admitted in 2005 to the four of MSF centers in this area. This means that nearly 11 percent of the children in this department suffered from severe acute malnutrition last year. Through our programs, we also noticed that the children suffering from acute malnutrition were mainly under 30 months old. Presumably the impact of malnutrition on this age group is more severe.

In conclusion, the emergency in 2005 exposed a situation that had been worsening for years and for which no adequate solution had been found up to that point. In the worst affected areas, a very high proportion of children under three suffered from acute malnutrition in 2005.

Although the early warning system made it possible, beginning in October 2004, to issue the first warning, misguided assessments and political choices contributed to the delay and the inadequacy of the response to this emergency situation. Speeches pointing to cultural reasons (especially abrupt weaning), economic (drought and climate), demographic (birth rate) lead either to selective and only partially effective responses or to long-term projects blind to the emergency.

In early 2005, many families were already experiencing food shortages and their access to millet was extremely limited. Up until June of last year, aid providers (donors, UN agencies) backed the Niger government in its decision to charge for food aid, claiming that free aid causes market instability, creates dependent populations and in the long run undermines development efforts. The political choice was made to preserve markets that were already highly unstable as a result of speculation at the expense of free relief for the most destitute.

Once the emergency was recognized, it was blamed on poor harvests caused by drought and locusts. As a result, when food distributions finally took place, they mostly targeted areas with grain shortages without taking into account malnutrition indicators (represented at the time by the number of admissions to the feeding centers). Furthermore, the World Food Program (WFP) rations did not include specialized foods (enriched flour), adapted to the nutritional needs of young children. In point of fact, the problem is not so much the harvest but rather access by infants to food in sufficient quantity and quality.

Despite a shortage in the size of the millet harvest in 2004, it was nevertheless one of the best in Niger's history. MSF's experience in Niger also shows that malnutrition does not decrease following years of bountiful harvests (2001 and 2003) and that it is in the heartland of farm country, in the Maradi region, nicknamed the granary of Niger, that acute malnutrition is most prevalent. If the size of the harvest is not considered as the governing factor but trade relations are, then there is a consistency among the areas most impacted by malnutrition. Unlike the farming area where the bulk of production is consumed locally, in the more southern areas, millet is increasingly commercialized. Sold at harvest time by indebted farmers, millet is purchased by shopkeepers at the lowest price. The monetary gain is meager and insufficient to cover unexpected expenses or to buy millet in large enough quantities in-between harvests when prices are at their peak. The neediest households, regardless of the quality of the harvest, soon can no longer afford food in adequate quantities or quality. The impoverishment of these families and the impact on malnutrition is well reflected in MSF's program admission figures: for three years in a row now, we have noticed that these numbers are once again on the rise, increasingly sooner following the harvests.

In conclusion, without claiming that there is only one explanation for this complex situation, MSF is focusing on the problem of access by the poorest households to food in sufficient quantity and quality. It is indeed a nutritional crisis to which there is now an answer.

A simple cure for malnutrition

It is possible to treat a large number of children suffering from severe malnutrition. Our therapeutic feeding strategy has changed substantially in recent years and especially in 2005. With the same amount of resources, we are able to treat far more children than in the past, with a significantly higher recovery rate, in excess of 91 percent in 2005. This revolution was made possible by medical innovation and the implementation of outpatient programs.

In less than three years, we went from the hospitalization for any child admitted to the therapeutic feeding program to treatment as an outpatient in most cases. In 2005, only 10 to 15 percent of the children registered in the program were hospitalized. Those with no appetite or who also suffer from a disease with complications remain under close medical supervision in the feeding center. All the others, those who do not have or no longer have medical complications, are treated at home, under parental supervision. They receive systematic medical care and are seen by medical teams once a week to check the state of their health and receive rations of therapeutic food (14 rations a week). This food product comes as a nutritional paste in individual packets. The child can consume it without any water, receptacle, dosage or expiration problems. The fact that it is both easy to use and truly effective minimizes the constraints for the families and the children.

The results prove that this strategy allows more children to recover faster and to stay healthy longer. In 2005, of the 39,000 recorded admissions to the Maradi programs, 91.3 percent of patients were cured when discharged, 3.3 percent died and 4.7 percent ceased treatment before being cured. For comparison purposes, in 2001, when all children were hospitalized, the recovery rate was 58.3 percent, the death rate 6.8 percent and those who gave up treatment accounted for 34.8 percent. Children gain weight more quickly and therefore don't stay in the program as long — 29 days on average in 2005 for children discharged from the outpatient service. The relapse rate is only 0.8 percent.

In 2006, MSF is pursuing this therapeutic feeding strategy to treat acute malnutrition. In the Maradi region, the admission criteria were broadened as all cases of acute malnutrition are now admitted whether severe or moderate. The complicated cases are hospitalized and the others are treated as outpatients.

In conclusion, the vast majority of children suffering from acute malnutrition but no medical complications can be cured without hospitalization, with a therapeutic product that provides them with all necessary nutrients, minerals and vitamins. This strategy could be implemented on a large scale in Niger.