Novartis's Day in Court Set for March 28, Campaign to Drop the Case Continues

MSF's appeal to Novartis to drop its case against India continues as the pharmaceutical company's day in court draws near. 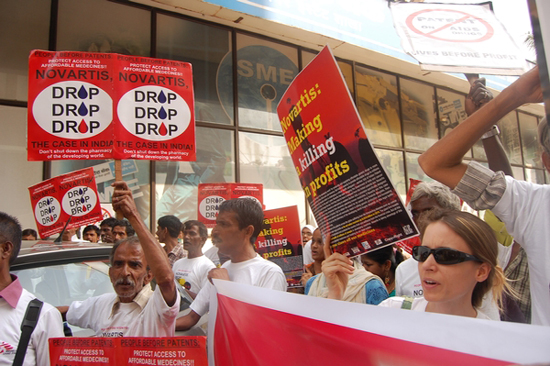 Hearings in the case between Swiss pharmaceutical company Novartis and the Indian government are now set to start on March 28.

The Novartis supreme court case is the final act in a six-year legal battle over India's future capacity to produce low-cost generic medicines for its people, and for patients across developing countries.

Given the possible implications for generic production and the availability of affordable medicines from India, Doctors Without Borders/Médecins Sans Frontières (MSF)—along with other treatment providers, patient groups, and affected communities—has appealed to Novartis to drop its case against India, the “pharmacy of the developing world.”

In February, MSF launched a social media campaign calling for Novartis to stop its legal attacks against India which threaten access to medicines for its patients. To participate in the Stop Novartis campaign, visit www.msfaccess.org/STOPnovartis.