Patras, Greece: "All these people have lost their homes and safety overnight" 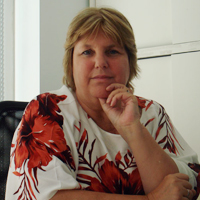 A makeshift migrants’ camp in Patras, Greece, was demolished on July 12 during a police operation that ended in fire. Micky van Gerven, Head of Mission for the Doctors Without Borders/Médecins Sans Frontières (MSF) project for migrants, asylum-seekers, and refugees in Greece, talks about the situation in the city and expresses MSF’s concern over the medical and mental health conditions of the people who lost all their belongings and were left homeless.

Five days after the demolition of the camp what is the situation of migrants, asylum-seekers, and refugees in Patras?

The demolition of the camp has left all the people who were previously living there homeless. Most of them have lost everything, all their belongings, during the clearing of the camp or the fire. Asylum-seekers—those who are registered and have papers—have been offered shelter at a hotel, but it is unclear how long they will be able to stay there. Unaccompanied minors—children under the age of 18 without their parents—have been offered to be brought to a reception center. Some of these children are only 13 or 14 years old and they are afraid to accept this offer, because they think they will be sent to jail.

All undocumented migrants either have been arrested or have fled into Patras, or are somewhere in hiding. The people who are now in the streets do not have access to hygiene and cooking facilities; they have no water or food. All of these people have lost their home and their relative safety overnight. For every human being, this is a traumatic experience.

How is MSF responding to their needs?

The team in Patras is following their patients where they have gone. They are giving medical and psychosocial assistance to those who have gathered in different parts of the city and are monitoring the health situation of other groups. Over the last three days, the team has distributed hygiene material, sleeping bags, and food to those who have nothing left.

Do you have any information about the undocumented migrants who were arrested? Where were they taken?

As far as we know, the people who were arrested were taken to police stations in and around Patras, where they are kept with other undocumented migrants who have been arrested by the police before the demolition of the camp. We have witnessed undocumented migrants being kept in police stations for up to 20 days. The team has managed to visit one of these police stations and has seen that the police cells are not suitable; many people are cramped in one cell, having to sleep on very dirty floors, as there are no mattresses. They also lack direct access to showers and toilets. We are concerned that many of these people have medical and mental health needs that are not addressed and we have even seen people in custody who were injured during their arrest.

When they still lived in the camp, many of these people were our patients and we are concerned about their mental and physical health. Many of them come from war-torn countries; many have made a difficult journey under harsh circumstances, so they are in need of support and care and they need a roof over their heads.

What about the minors?

The minors need special attention. They went through similar hardships, but are obviously more vulnerable. We know that the Ministry of Health is in principle taking care of them by providing care and accommodation for them in special centers, but we also know that these centers are already overcrowded and that many of the minors are being held in detention centers or end up in the streets without any protection.