The Reach of War: A Day in the Life of the Syrian Conflict

WATCH THE LIVE WEBCAST ON THE SYRIAN CONFLICT

See the Reach of War: A Day in the Life of the Syrian Conflict

Now into its fourth year, the war in Syria has killed more than 150,000 people and driven upwards of 9 million people from their homes—more than 2.8 million who’ve fled the country, and more than 6.5 million who are displaced inside its borders.

In late 2013, MSF sent teams to MSF projects in Iraq, Lebanon, and Jordan on the same day to record the work we are doing with Syrians, to experience the situation through the eyes of staff members trying to provide desperately needed assistance. The goal was to chronicle “a day in the life” of this brutal, relentless conflict, to collect imagery and narratives that might foster a deeper understanding of the reach of this war.

As the day begins, surgeons in two different towns in Jordan start their rounds, visiting with one grievously wounded patient after another, knowing more will soon be on the way. In Lebanon’s Bekaa Valley, doctors, nurses, social workers, and midwives begin calling in the mothers, fathers, and children already assembled outside four different clinics. In northern Iraq, a doctor—a refugee himself—walks briskly towards the cries and clamors of new patients who have likewise found themselves far from home, with no sense of when they might return. And inside Syria, where the war that has altered the lives of all these people continues without pause and without mercy, medical teams renew their efforts to do what they can to address even a fraction of the needs they see day after day…. 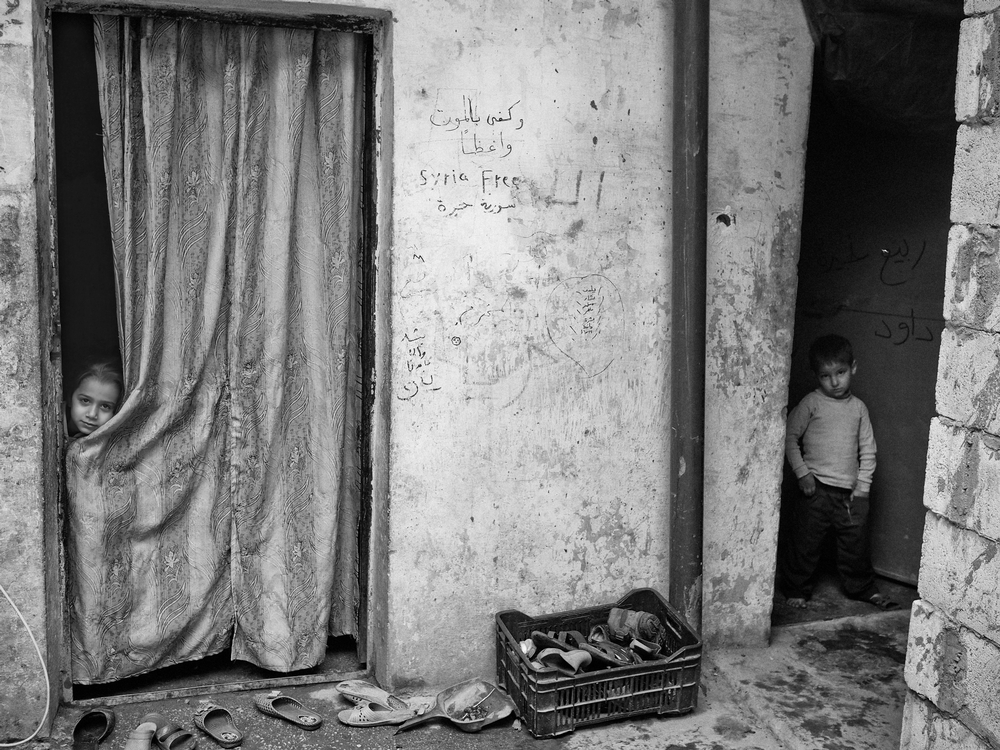 See the Reach of War: A Day in the Life of the Syrian Conflict

Patients at the MSF health clinic in the Domiz refugee camp in northeast Iraq, November 6, 2013. The clinic provides primary health services to the camp's approximately 60,000 refugees from Syria. Domiz Refugee Camp was established by local authorities back on in April 2012 to host the Syrian Kurds. The camp located 20 kms southeast of Dohuk city, in Iraqi Kurdistan and some 60 km from Syria/Iraq border. So far the total number of Syrian refugees in Kurdistan region is 60,151.
Yuri Kozyrev/Noor