PARIS/NEW YORK, DECEMBER 10, 2018—More than 90 people rescued in the central Mediterranean Sea last month by the merchant ship Nivin are still being held in Libya after they were forcibly removed from the ship by Libyan security forces in Misrata. This assault underscores the increasingly harsh treatment of migrants, refugees, and asylum seekers attempting to reach Europe.

Many of those rescued refused to disembark voluntarily, as they feared for their safety in Libya, where they had been held previously. During a 10-day standoff with Libyan security forces in mid-November, teams from Doctors Without Borders/Médecins Sans Frontières (MSF) carried out more than 90 medical consultations onboard the Nivin, treating chemical burns caused by a mixture of spilled fuel and seawater, skin infections, and generalized pain. 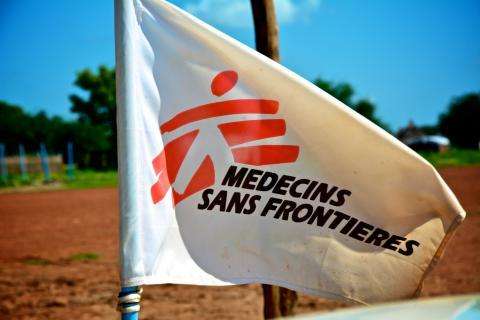 On November 20, Libyan security forces stormed the ship and forcibly removed everyone on board. MSF was not allowed to access the port area on that day. "We saw ambulances leaving the port area in a hurry, but the exact number of people wounded is unclear," said Julien Raickman, head of mission in Libya. "Our information indicates that at least four people ended up in hospital with bullet wounds, suggesting a violent assault…. Authorities reported using rubber bullets only, [but] even rubber bullets can inflict serious wounds when fired at close range."

Many of the individuals removed from the ship are now in official Libyan detention centers, in police custody, or in other similar facilities, while others are still in medical centers. MSF teams have very little information about their current situation and are not authorized to see them or provide medical care, including to follow up with those MSF treated on the Nivin. Some rescued individuals are reportedly facing prosecution for alleged acts of piracy.

William Hennequin, MSF program manager for Libya, wrote an open letter today to Ghassan Salamé, special representative and head of the United Nations support mission in Libya, raising concerns about the forced return of migrants to Libya. The letter calls on the UN to do more to protect refugees and migrants trapped in Libya, while scaling up existing evacuation mechanisms outside the country.

“These are people who should never have been taken back to Libya,” Hennequin wrote, “and who, by refusing to set foot again in the prisons of Libya, were upholding their rights—the right to flee, and the right to seek protection and land in a place where their claims could be examined and their lives would not be in danger."

MSF teams directly witnessed the despair of people onboard the Nivin from November 11 to 18. One patient refused to be transferred to a medical facility inside Libya, stating that he would rather die on the cargo ship. Fourteen people (including a mother and her four-month-old baby, unaccompanied minors and people who had suffered minor injuries) left the ship on November 14 and were taken to a detention center where they remain to this day, while the rest of the group was forcibly disembarked on November 20. Twelve are registered as refugees with the UNHCR, and some are 13-year old minors.

They had survived periods of detention in Libya, either in official Ministry of the Interior detention centers where 5,000 refugees and migrants are languishing—and where MSF and other international organizations have limited access—or in clandestine places run by human traffickers who use torture to extort as much money as they can from their captives and their families. The scars seen by MSF’s medical teams on several patients attest to the extreme levels of violence they had experienced.

“Despite our repeated calls to avoid a violent outcome, no compromise was reached by the mandated protection agencies and the competent authorities to implement an alternative to detention,” said Raickman. “What happened instead has once again demonstrated the failure to provide much needed protection for people seeking safety. What's in store for people either intercepted or rescued at sea and returned to Libya remains indefinite arbitrary detention. This situation is the result of deliberate and concerted efforts by Europe to prevent refugees, migrants, and asylum-seekers from reaching its doorsteps at any cost, in collaboration with Libyan coast guards.”