Sierra Leone: Lives Are Lost Due to Costly Healthcare 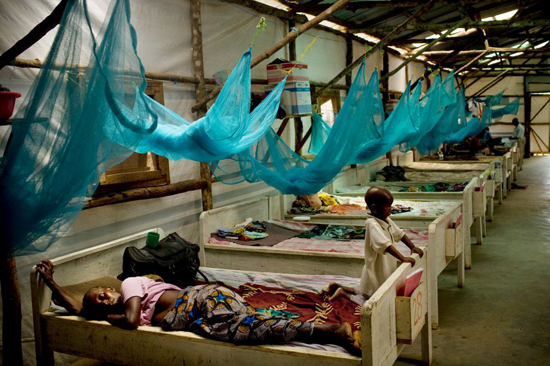 All patients must pay user fees to access medical care in Sierra Leone, even though half the population lives on less than a dollar a day.

Lives that could be saved are lost every day in Sierra Leone, where user fees serve as a major obstacle to accessing vital health care. Doctors Without Borders/Médecins Sans Frontières (MSF) urges international donors and  others at a conference this week in London to take the necessary steps to improve access to health care in this desperately poor country.

In Sierra Leone, one in five children will die before their first birthday. The country is consistently rock-bottom on many international health indicators—its maternal and child mortality rates are among the highest in the world.

Nevertheless, all patients in Sierra Leone are required to pay user fees when seeking treatment in the national health system. Even though these user fees are rather low, they present enormous difficulties for people living in extreme poverty in a country where more than half of the population are living on less than a dollar a day. When a simple consultation costs the equivalent of 25 days of income, health care will simply not reach the poorest.

"The health situation in Sierra Leone is in a state of emergency, with people dying every day because they do not have access to treatment."

"The health situation in Sierra Leone is in a state of emergency," says Seco Gerard, MSF advocacy advisor, "with people dying every day because they do not have access to treatment. Asking people to pay for health care in such a context has devastating consequences, as many simply cannot afford the fees. For example, people wait to seek treatment until their health situation has becoming critical, or buy poor-quality medicine in the local market. Many do not even seek help at all."

On November 18 and 19, international donors and government representatives will convene in London for the Sierra Leone Investment and Donor Conference. The purpose of the conference is to establish a broader base of donor support for Sierra Leone. At the conference, the Sierra Leonean government will launch a plan for a fair health care financing mechanism which includes the abolition of user fees for women and children.

"The Sierra Leone government has publicly stated its commitment to abolish user fees, and the UK government and other donors have promised to help," said Gerard. "What is crucial now is that Sierra Leone actually receives the necessary funding and technical assistance to realise this objective. It is time that words are being followed up by concrete action. If not, people who could otherwise be saved will continue to die needlessly every day."

MSF has worked in Sierra Leone since 1986. MSF supports a referral hospital near Bo, the country’s second largest city, and supports the operation of 30 rural health posts. MSF offers inpatient services for women and children, malaria treatment, as well as a therapeutic feeding program. In total, over 417,000 consultations were carried out during 2008.