South Sudan: "I Don't Even Know What Happened To My Child"

Testimonies given by people who were injured or whose family members were injured, killed, or adbucted during attacks in South Sudan's Jonglei State in December 2011 and January 2012. 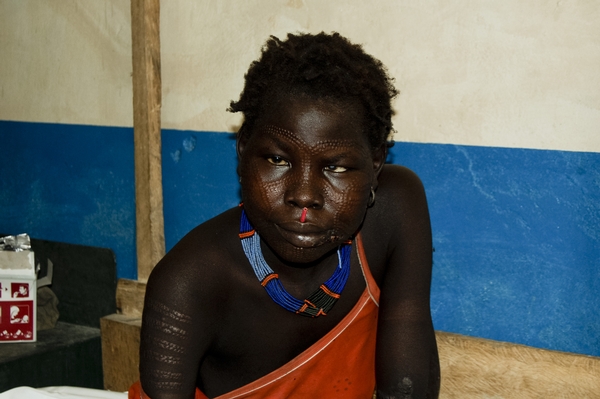 A 24-year-old woman who was shot twice and whose daughter was abducted during the December 27, 2011, attack on Lekwongole.

Patient testimony of a 24-year-old woman who was shot in the leg and the cheek during the attack on Lekwongole on December 27, 2011, when her three-year-old daughter, her only child, was abducted:

Our village was one of the first to be attacked. Three women, including me, ran with our children—my own three-year-old daughter and two of their boys 10 and 11 years old. We could only carry water with us for the children, no food, no clothes, nothing.

We ran and tried to hide in the high grass when we heard them approaching. But they heard my child crying so they found us three women and the three children. They abducted my child and slit the throats of the two boys in front of us. They told us three women to run—we ran 10 meters and they started shooting. The other two women were killed right away. I was shot in the leg so I fell down. They came over to me and shot me in the head to make sure I was dead and left me there for dead. But the bullet just went through my cheek, so I survived. I crawled to the river to take water and stayed there alone for seven days, in much pain. I didn’t know where my family was or what had happened to my daughter, my only child.

On the eighth day, I couldn’t stay there alone anymore so I used a stick to get up and walked for two hours until I came across neighbors who cared for me for seven days. They told me that my mother was missing. Then they left to inform my family where I was. I was alone again for two days. I crawled again to the river to take water. Then my husband’s brother found me and carried me for three days to Lekwongole. I couldn’t walk, I was so tired, and it was very painful.

Then MSF returned to Lekwongole and drove me to Pibor. I found out the next day that my mother was not just missing, she was dead. I felt so lonely. My mother is dead, yes, but at least if my child was still with me I would be okay. But I’m not okay. I don’t even know what happened to my child.

For the future, if I get something to work with then I will, but only God knows. People are just stuck here with nothing now. 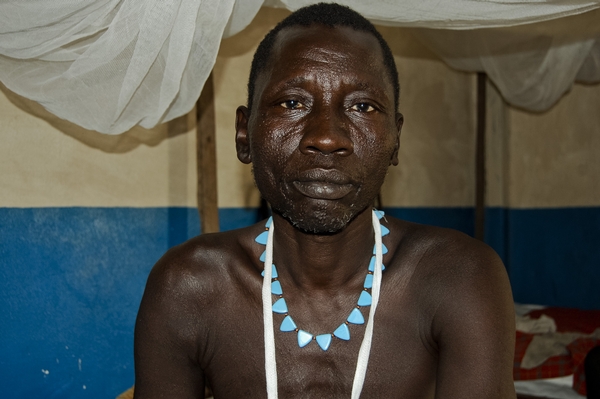 When the attack happened on my village, we fled into the bush with no food, just water for the small children. I was shot in the arm and hid in the bush with my wound for eight days. So much blood was coming out. Sometimes I would just sleep without knowing it. At night it was so painful I couldn’t sleep. It took me another three days to walk to the hospital.

I was lucky. They didn’t find my family when I was shot because they ran ahead and entered the river, keeping just their mouths open out of the water to breathe, hiding the rest of themselves under the water. You might be found if you hide in the bush, but if you’re under the water they won’t find you.

In my community, some have been killed. Many are still missing. We don’t know if they are dead or not—we saw some who were killed. There are children who have been taken.

We are very happy MSF is here—we thought MSF would not operate again because everything was looted. We were afraid you would not come back. If MSF wasn’t here, I would not feel better. Maybe I would have died.

My home has been burnt to the ground, all of it, everything. I don’t know if I can go back home—because so many are missing, many are dead. We want to go back to cultivate maize and sorghum for the children, but now there is nothing there.

Those who are still alive, what do they think about all this death, the missing? Many are still crying, still looking for their missing children and wives. How can we think about our future?

Testimony of a mother whose 18-month-old daughter was severely injured during an attack on the village of Wek, in northern Jonglei State on January 11, 2012:

At 5pm, our village, [which is] called Wek, was attacked. We all began to run away. My sister was carrying my daughter who is one-and-a-half-years-old, along with another child. As I was running away, I found my daughter on the ground, crying and all alone. She was shot in the face and her mouth was cut by a knife. I picked her up and continued running through the bush. Eventually we stopped running and had to spend the night in the bush until morning.

One day later, a member of our community found us and brought us to the MSF clinic in Yuai, two hours away. We received treatment here until MSF brought us by plane to their hospital in Nasir.

At this moment, I have no information about my husband. I think he was killed.

Testimony of a neighbor of an 18-month-old child who suffered severe head trauma during the January 11 attack on Wek:

This is the child of my neighbors. Both his mother and father were shot and killed. His head was beaten against the trees. He was left for dead in the bush. He was abandoned, without any help. We, the community, came looking for people who needed help in the bush and we found him, still alive and alone. We brought him to the MSF clinic in Yuai where MSF treated him.

Patient testimony of an 18-year-old girl who suffered a gunshot wound to the leg during the attack on Wek on January 11:

It was evening when we were attacked. People all around us were being shot and cut with knives. When I heard the shooting, I tried to run away with my husband and my children, but I was shot in the leg and I fell down. One of my children and my husband were killed immediately.

I was collected by my community and they brought me to the MSF clinic in Yuai. MSF then brought me by plane to their hospital in Nasir. I expect I will be cured as I’m with MSF.