Little Wuk is a malnourished boy. He is two years old but only weighs as much as a baby of a few months. He was admitted three days ago and received stabilization treatment and antibiotics to treat an infection. This morning he started eating ready-to-use therapeutic food, which is made from a mixture of peanut paste with proteins, fat, carbohydrates, vitamins, and minerals. He will be discharged in a few days if he can eat and does not require further treatment. His mother will then take him home with her four other children. This was the first time she had come to the Doctors Without Borders/Médecins Sans Frontières (MSF) hospital. The journey took five long hours, first walking and then by car.

Little Wuk’s story is common. The MSF medical team in Aweil State, South Sudan, must often respond to cases of childhood malnutrition. Indeed, MSF staff here may not see some of the most severe cases because of the difficulties to reach the hospital from far distances. “In April 2016, at the end of the dry season, an average of 44 severely malnourished children were admitted every week in the pediatric department,” said Florence Okatch, head nurse for MSF in Aweil. 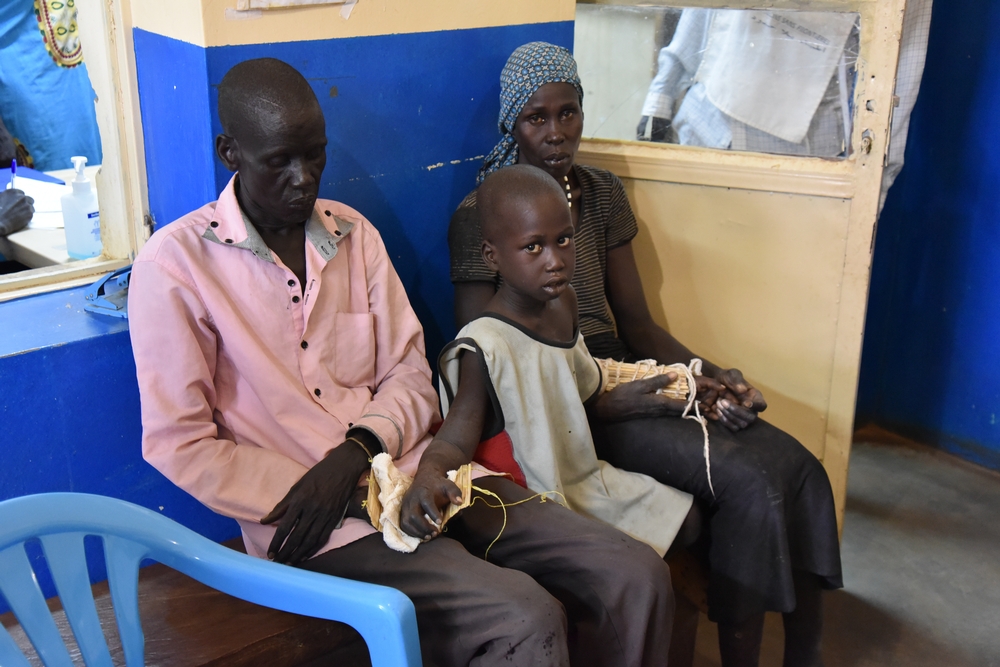 “The general pediatrics department has 110 beds and operates 24/7. The medical team provides intensive care, surgery, neonatal care, and receives many patients with burns due to the precarious living conditions, not to mention fractures and other trauma,” she said.

By the end of April, the MSF hospital was admitting many young patients with trauma like John. John is only four years old, but he’s tall for his age. He was climbing a mango tree with his friends when he accidentally fell, trying to catch the last fruit of the season. He fell putting both hands first on the ground, breaking both of his wrists. Although he was in pain, the people in his family are stoic, so John didn’t complain much. But after a few days the pain was intolerable—he hardly could move his hands and his wrists were swollen. His parents decided to bring him to the MSF hospital in Aweil as they knew he would be treated well. John was strong while he waited without complaint in the assessment room for the team to take care of him. He and his parents answered questions from the staff, as John slowly moved his fingers. He needed an X-ray, and was then transferred to the operating theater for further assessment.

The hospital also deals with epidemic emergencies. In March the MSF team responded to a measles outbreak, treating patients and organizing a vaccination campaign which reached 18,460 children between the age of six months and five years.

In addition to the pediatric department, the hospital operates a maternity service with 35 beds and provides maternity care for standard and complicated deliveries, emergency obstetrics, and gynecological examinations. In April the medical team supported an average of 110 deliveries per week.

To successfully carry out such medical work, the hospital has approximately 380 employees, with around 20 international staff (numbers can increase to address emergencies such as the malaria peak). The shortage of trained medical personnel in South Sudan is one of many constraints to providing health care. For example, World Health Organization statistics suggest that there are fewer than 200 doctors for the total South Sudanese population of 12 million. To overcome this challenge, MSF is welcoming and training student nurses as well as paramedical staff from the nursing school in nearby city of Wau. 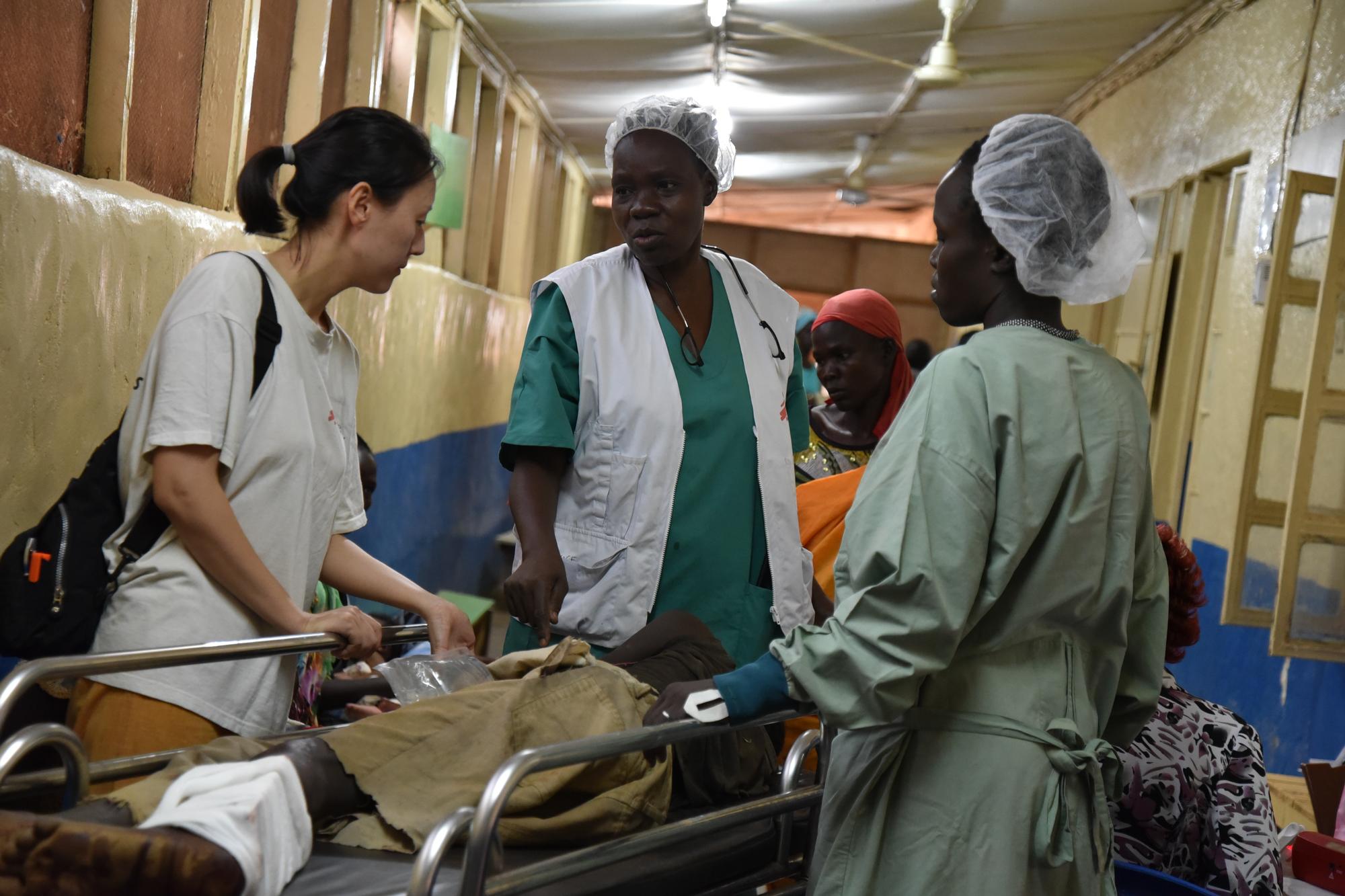 Decades of war and instability have resulted in widespread poverty in much of the country, including Aweil. This has recently been exacerbated by several months of high inflation, making day-to-day survival a challenge. The past two and a half years of civil war greatly strained already scarce health resources. In addition, people’s access to health care has been limited by insufficient medical facilities, access difficulties due to the absence of transport, insufficient coverage of humanitarian aid, and the recent crippling shortages of essential drugs in medical structures. These represent major challenges to overcome for the population and MSF teams in South Sudan.

“The presence of MSF’s maternity and pediatric department in Aweil hospital is an essential life-saving service for the population,” Okatch said.

Since 2008, in the north of South Sudan, MSF has been running the pediatric and maternity departments in the Ministry of Health hospital (Aweil State Hospital) in Aweil. It is the only hospital for a population of more than 100,000 in Aweil town and over one million people in the entire state. The capacity of 145 beds during dry season can increase to more than 225 during rainy season to absorb the increased caseload of children suffering from malaria.