The Squatters of Kabul

Q & A With Pierre Salignon, Program Director for MSF

Pierre Salignon, Program Director for MSF, recently returned from Afghanistan and he discussed the need for ongoing hospital and clinic support in Bamyan, Ghazni, and Zaranj, as well as the urgent need of providing emergency medical relief to the "squatters" of Kabul. 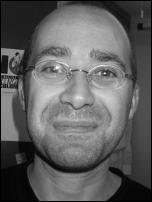 Today in Afghanistan, more than 100 Doctors Without Borders/Médecins Sans Frontières (MSF) international volunteers and 1,000 Afghan national staff are delivering medical aid throughout the country. Salignon recently returned from Afghanistan and he discussed the need for ongoing hospital and clinic support in Bamyan, Ghazni, and Zaranj, as well as the urgent need of providing emergency medical relief to the "squatters" of Kabul.

Q: Who are the "squatters" of Kabul?

Of the 1.7 million refugees who returned to Afghanistan in 2002, 600,000 went to Kabul where tens of thousands live as squatters today. Many had been refugees in Pakistan or Iran for years, while others were exiled more recently - having fled the Taliban within the last two or three years. Even if they were supposed to go to certain districts outside Kabul where they had originally come from, they have decided to stay in the capital in destroyed houses or public buildings, often without windows or doors, or in tents where they are trying to survive the winter in deplorable conditions.

Kabul is 70% destroyed, and people throughout the city live in an extremely precarious situation. The public assumes that peace in Afghanistan has returned, but the reality is different: insecurity for civilians amidst an armed peace with ethnic tensions. And while international aid is concentrated in the capital, it has been poorly developed.

The squatters in Kabul are proof that the reconstruction process has stalled. Even with so many humanitarian agencies present, little is being done for these tens of thousands of families who can't find stable work, a regular food supply, or access to basic medical care. They live in cramped rooms, often with several other families, so there is a high risk of child mortality and the spread of epidemics. Because they were exiled from the country for so many years, they have been overlooked by international aid groups, the municipal authorities and by donor countries. They just are not a priority, even though it is simply inhumane to continue to allow them to live under such conditions. 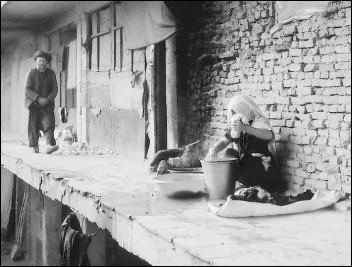 Q: What is MSF doing to help the squatters?

MSF is trying to help some 1,500 families make it through the winter, and they are completely dependent on the temporary assistance we provide - heating materials, blankets, ground sheets, and medical care. We are urging other humanitarian agencies to act, as well, to help those that we cannot. Many people tell our teams that they want to set out again to Iran or Pakistan, because they did not expect to find such an awful situation in Kabul. They thought there would be more assistance. Others have asked us to talk with the Afghan and municipal authorities about the need for land so they can build houses. Here one enters into very political decision-making arenas, because most everyone tends to deny the squatters' existence or at least minimize the crisis they're in.

Q: What is the situation like for civilians in the rest of Afghanistan?

Afghanistan is still a country at war. MSF does not have access to those areas where military operations are still being conducted, mainly in the south and along the border with Pakistan, so we don't even know what specific consequences the war has had on those civilians.

In the areas where MSF has been working, we've seen power consolidated by local warlords, continued violence, and an increasingly unstable situation in the border areas. A huge number of refugees are expected to return in 2003 - up to one million - to areas that are insecure and with little assistance to offer. This is one of MSF's main concerns. We fear that these refugees could be pressured to return to an unstable situation by neighboring countries with the silent complicity of the international community.

And since Afghanistan was really in a state of constant war for the past two decades, the social services infrastructure has been neglected to the point of ruin. Our curative medical activities, like TB treatment, in hospitals in Bamyan, Ghazni, and Zaranj are really a response to the near-total absence of state support. MSF is filling the gap.

Q: What could be some consequences for Afghanistan if there is a conflict in Iraq?

War in Iraq is a disturbing prospect on many levels. Afghan refugees and squatters all fear the possibility that the international community may turn away from the crises in Afghanistan if there's a war in Iraq. They are afraid that a new period of disorder and insecurity might reappear, either because the Americans withdraw their troops or because the donor countries decide not to follow through on their commitments to Afghanistan. I think rebuilding the country depends on the support of the international community working in conjunction with Afghans - and not just for one year, but for many.