Urban Survivors: Shedding Light On The Humanitarian Crises In Slums

To highlight the critical humanitarian and medical needs that exist in urban settings the world over, MSF presents "Urban Survivors," a multimedia project produced in collaboration with the NOOR photo agency and Darjeeling Productions. 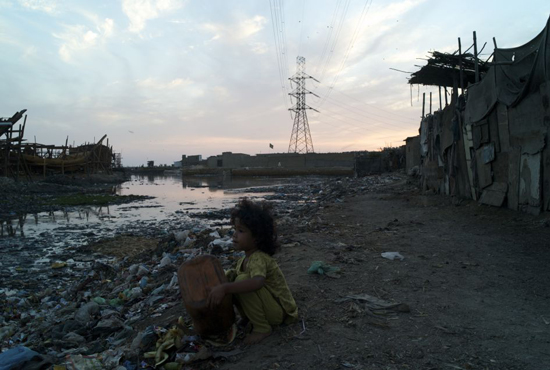 Five-year-old Farzana empties waste into a polluted creek in Karachi's Machar Colony, an illegal and unhygienic slum that is home to an estimated 700,000 refugees and migrants.

Over the last decades, rapid and sustained urbanization has swelled existing slums, and spurred the creation of new ones around the world. Today, more than one out of 10 people on the planet lives in a slum. To highlight the critical humanitarian and medical needs that exist in urban settings the world over, Doctors Without Borders/Médecins Sans Frontières (MSF) is now launching Urban Survivors—a multimedia project in collaboration with the NOOR photo agency and Darjeeling Productions. 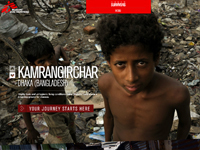 “Slum residents live in a constant state of vulnerability,” says Loris De Filippi, operational director for MSF. “Not only do they live in places that are unfit for human habitation, they also face discrimination and neglect from other parts of the society. Through the Urban Survivors project, we want to put a human face to the humanitarian emergency that exists in many slums around the world.”

The Urban Survivorsweb-documentary— at www.urbansurvivors.org—takes the visitor on a virtual journey through five slums—in Dhaka, Bangladesh; Karachi,  Pakistan; Johannesburg, South Africa; Port-au-Prince, Haiti; and Nairobi, Kenya—where MSF is actively running projects. Featuring the work of award-winning NOOR photographers, Urban Survivors lets the visitor discover more about the daily lives of people in these slums, the humanitarian issues they face, and what MSF is doing to address these problems.

Khurshed is a resident of Kamrangirchar, one of the 5,000 slums of Bangladesh’s capital city, Dhaka. He works hard to eke out a living for himself and his family by pulling a rickshaw through the city’s narrow alleyways seven days a week.Here, like in many slums in other parts of the world, pollution and unhygienic living conditions breed diarrheal and respiratory diseases. MSF’s surveys have shown that over 50 percent of Kamrangirchar’s children under five suffer from chronic malnutrition. 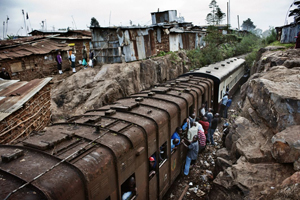 “This place is a poor area, where people struggle to fulfil their own basic needs,” Khurshed says. “People here earn so little that even buying a change of clothes is a big challenge. Being able to get treatment, food, medicine, and care when they are ill, or when their children are ill, is a big problem.”

Slum inhabitants often must adjust to a life of poverty in places where there is more violence and crime. Dina, from the Martissant slum in Port-au-Prince, is suffering from nightmares and panic attacks after having been raped. "My area is very disadvantaged. There is a climate of violence all around. In the evening, it is dangerous to go out,” she explains.

In Martissant, rape at gunpoint is a frequent occurrence. According to an MSF study published in 2009, violence—especially shootings and domestic violence—was the main cause of death for adults in Martissant, playing a role in 23 percent of all deaths in the area. In 2010, MSF’s medical teams in Martissant treated more than 3,000 victims of violent trauma.

Over the last decades, MSF has been responding to urban health problems in a number of different ways.The interventions are ranging in scope, from providing care to vulnerable migrants in inner-city Johannesburg and treating HIV-positive patients in the poorest  parts of Nairobi, to assisting displaced flood victims on the streets of Karachi, to name just a few examples. In many of these slums, MSF is the only organization that provides health care free of charge.

“Through its work in urban settings over the last decades, MSF has experienced how a growing urban population has created an increased need for humanitarian interventions in slum environments,” De Filippi says. “Subsequently, MSF has increased its resources to work in such settings and is now running projects in over 20 cities across the world.”