The latest field reports from MSF 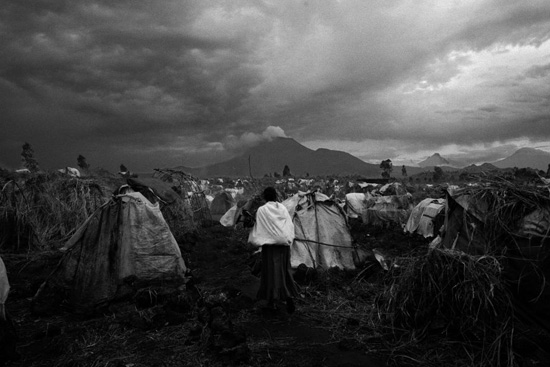 A displaced woman walks through an IDP camp in Goma, North Kivu.

Since 1998, civilians in the North Kivu province of eastern Democratic Republic of Congo have been caught in the middle of a battle for control between local and foreign militias, the Congolese army, and UN forces. In late 2007, new waves of fighting began more massive displacements of an already weakened population. Many are said to be living in the forest without adequate shelter, water, medical care or food, and under the continuous threat of insecurity, too scared to travel to health clinics. In North Kivu, MSF currently has projects in Rutshuru, Masisi, Lubero, Walikale, and Goma districts, with a total of 475 Congolese staff and 45 international staff.