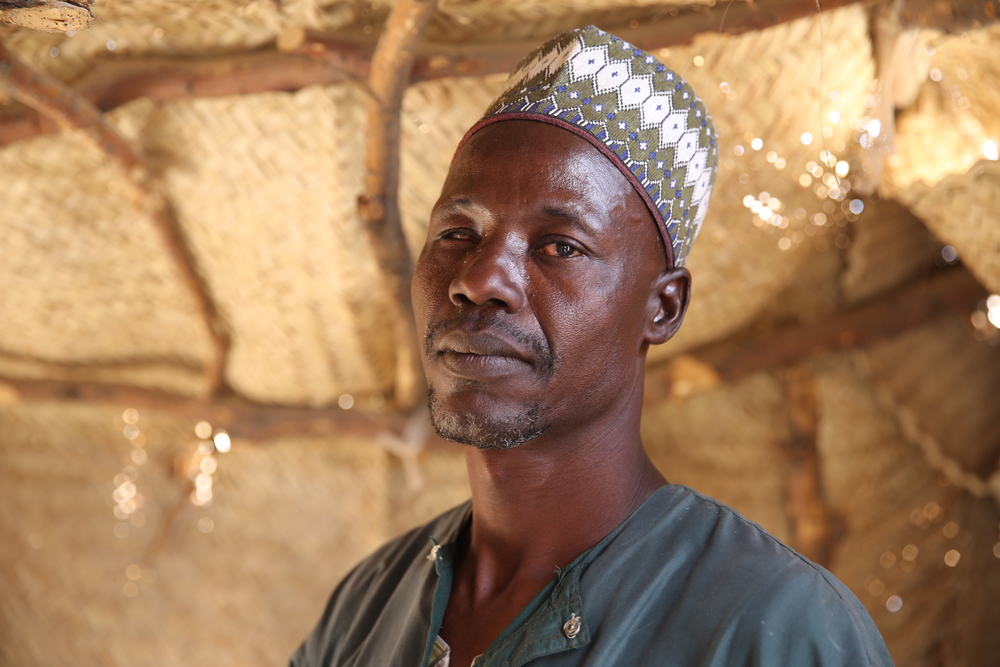 Three years ago, Garba fled his village in Cameroon following attacks by Boko Haram. After losing his family and moving 15 times between Cameroon, Nigeria, and Niger, he arrived at the Garin Wazam refugee and displaced persons camp, 33 miles north of the town of Diffa. He works there as a guard for MSF and receives free mental health care. His new wife is pregnant and attends free antenatal consultations. Everyday life remains difficult in the region, despite humanitarian actors working in the area to respond to the needs of more than 240,000 displaced people, refugees, and returnees.

"In Cameroon, I was a merchant and a farmer. I sold rice, corn, wheat, and fish so that I could buy seeds and cultivate my land. My family and I had everything we needed.

It all changed one night, when our village was attacked by Boko Haram. There were gunshots and they set everything on fire. We were so scared that we ran to the neighboring village. My parents and one of my brothers stayed.

That was the beginning of our life on the road, which lasted three years. We left with several other families, heading towards Nigeria. Although I was able do a bit of trade in some places, like Dambomasara, we had to keep moving on because of attacks. That’s why I made the decision to send my three wives and nine children to Chad, where I thought they would be safe. My idea was to join them a little later.

On their way, when they were traveling in a canoe, they were attacked by a Boko Haram group. I was told that my entire family had their throats cut. It happened in the middle of the day. That’s all I know. I couldn’t even say goodbye to them.

I remember the fear; the despair. I decided to stay in Nigeria for a while before making my way towards Niger. I’ve lived in different places in the Diffa region, but every time I have had to leave because of armed attacks.

I stayed in Yebi for a while, where I met the MSF teams and started working as a guard. When the town was attacked, I came to settle in Garin Wazam. It’s been nine months now. I have a little shop, but business isn’t very good. You can’t make a living here, there isn’t enough work. But I’m lucky. At least I have a job as a guard.

I have now remarried. We’re expecting our first child together. My wife’s pregnancy is being followed by staff at the MSF clinic. I speak to the psychologist a lot. We talk about being displaced, all the violence, the fear of Boko Haram returning, how hard I find it to sleep at night. Without his help, I think I would have gone mad.

I really hope peace returns. And then, when I have enough money, I will buy my wife a sewing machine."

Kaka, 25: “I Haven’t Lost Hope of Seeing My Daughters Again” 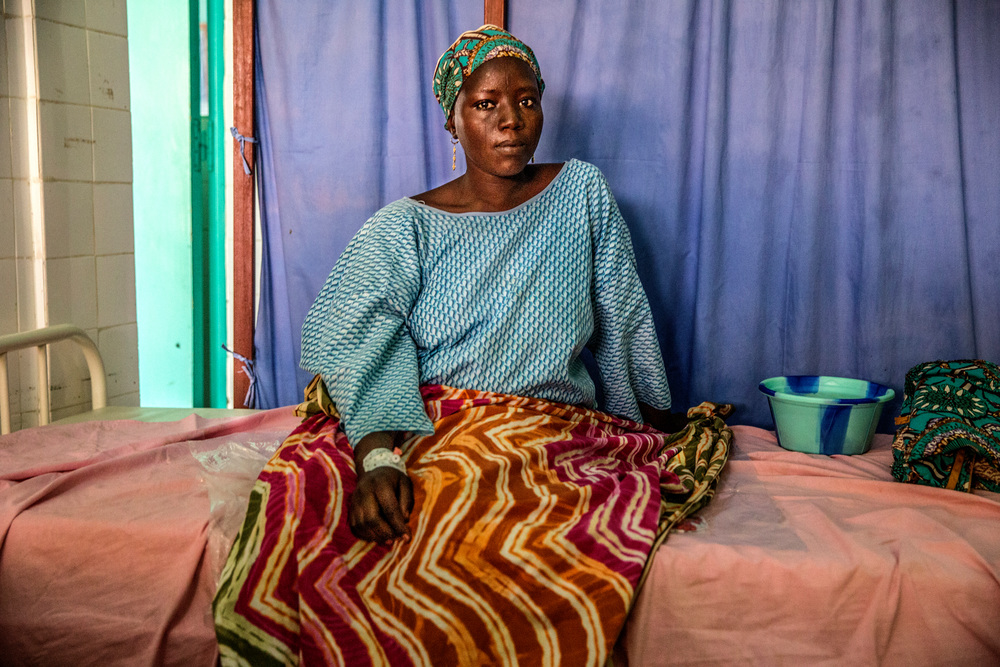 Kaka is being treated in the obstetric care unit at the mother and child health center in Diffa following a miscarriage. MSF provides reproductive health, neonatology, and pediatric services at this facility, as well as psychological support and training for local medical staff. Forced to flee Nigeria, Kaka has been living with her family in Diffa for three years, and is struggling to meet their everyday needs.

"I live in Diffa with my mother, my husband, and our three-year-old son. My husband used to be a farmer. He also sold fuel. Here, he sells onions at the market, which allows us to buy something to eat. But we are short of food. And also of clothes and everyday tools.

Three years ago, when my son was still a baby, Boko Haram arrived in Damasak (Nigeria) and drove us out. They came with guns. We fled to the forest to hide. They found us and ordered the women and children to go back home. They detained the men. Many people died or were injured that day. My family managed to escape, but I was detained with my children. My son and I were freed after 22 days, but they kept my three daughters.

I managed to join my husband and my mother here in Diffa. At least we have a roof over our heads and something to eat every day, even though it isn’t much. I hope peace returns and we can go back home. In the meantime, I would like to set up a business so that we can have a better life.

I haven’t lost hope of seeing my daughters again. I know they are alive." 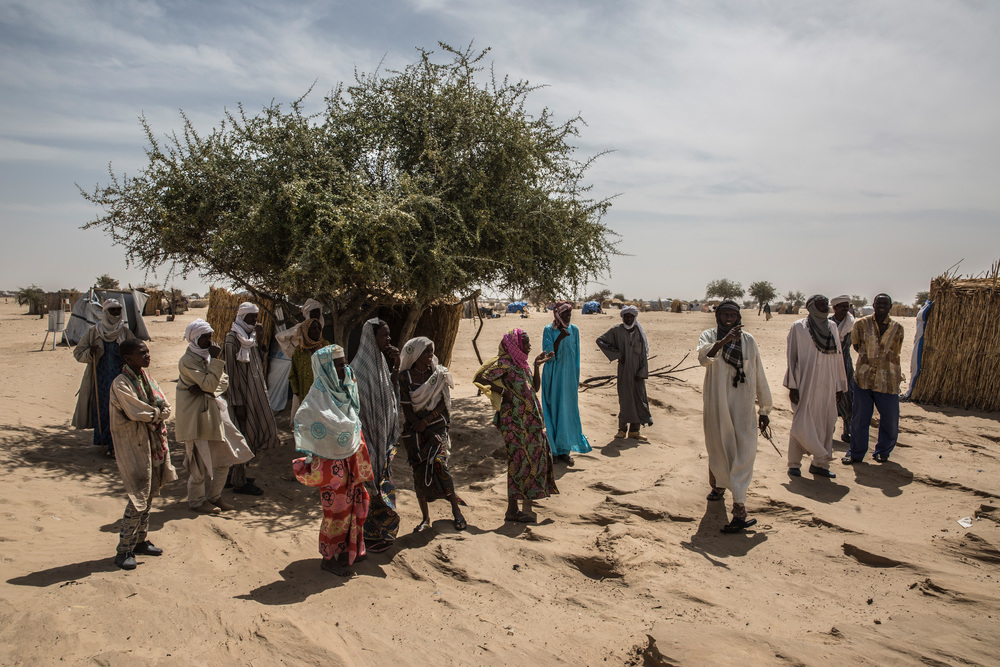 Idi Baidou is the leader of a community of more than 1,000 families. Originating from the islands of Lake Chad, they arrived at Garin Wazam in summer 2016. Idi Baidou lives there with his two wives and eight children. At this camp for refugees and displaced persons, the community benefits from health care provided at a clinic set up by MSF, which also provides water and sanitation services and health promotion.

"We live far from the center of Garin Wazam, in an area where aid is slow to arrive. When we had to leave our homes on Lake Chad, the community was split up. Some families, including mine, went to Yebi. When the town was attacked, we came here. Little by little, other families started to arrive too and we managed to find each other. So far, 1,137 families have settled here.

We lack aid in Garin Wazam and, as we cannot find work, daily life is difficult. There isn’t much in the village, but some of us have found work with international organizations and, for example, we help with large-scale distributions or censuses. That’s what I do.

We have experienced calamities. When we were still on Lake Chad, we used to raise cows, goats, and sheep but some of our livestock was stolen by Boko Haram. Then they ordered us to leave. We didn’t have enough time to organize ourselves and we had to leave everything behind, including our animals. Then, there was flooding. I don’t know what is left of our homes.

But, for the first time, my children are going to school. As are over 1,000 children in our community. We also have free health care at the clinic, which is vital. Lots of people go there.

We don’t want to return to Lake Chad. Our priority is to find work to provide for our families. Here, our children can continue going to school."