Tumaco is a city of 200,000 people in southwestern Colombia’s Nariño Department, near the border with Ecuador. Its location and thriving port have made it a hotspot for the trafficking of illegal arms and drugs. For 15 years the Colombian army, the leftist Revolutionary Armed Forces of Colombia (FARC) movement, paramilitary groups, and drug cartels fought for control of the territory. These years of conflict have left the city devastated and its people traumatized.

Levels of violence have dropped since the government and the FARC movement signed a peace accord in 2016. But violence is still endemic and has become more chaotic as gangs move in to fill the vacuum left by the FARC. Poverty, high unemployment, and a sense that crimes can be committed with impunity fuel ongoing violence.

While the conflict is mainly between armed groups, it is the people of Tumaco who have borne the brunt of the violence. Pervasive  fear and insecurity have had a devastating impact on people’s health. Every day people suffer threats, extortion, displacement, injury, torture, sexual violence, forced recruitment, and other abuses, and see family and friends lose their lives. This has led to high levels of anxiety, depression, and other mental health problems. 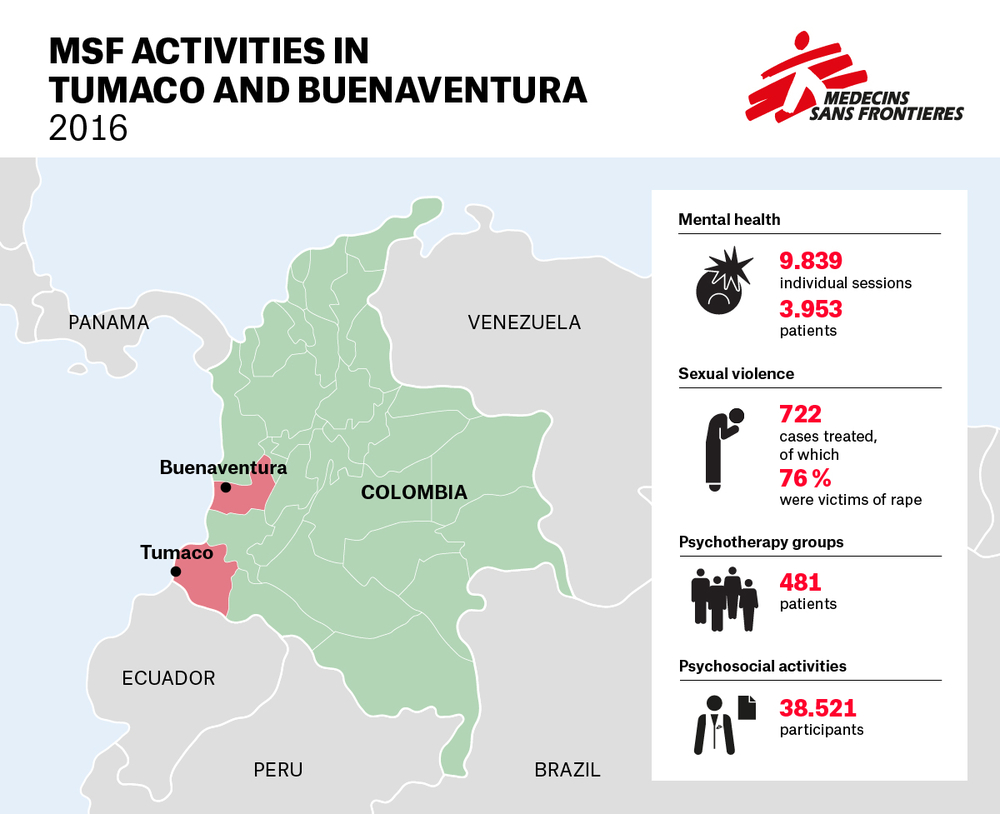 Doctors Without Borders/Médecins Sans Frontières (MSF) began providing primary health services in Nariño department in 2010 and started offering mental health services in urban areas of Tumaco in 2014 following a surge in violence. MSF’s primary goal is to provide comprehensive medical care, including mental health care, to victims of violence, in particular to survivors of sexual and gender-based violence.

The MSF team in Tumaco—made up of 11 psychologists, two medics, and four mental health promoters—provides both individual counseling and group sessions, and works with the community to raise awareness about mental health issues. By providing free, high-quality mental health care, MSF is helping the wider community to recover from the violence of both past and current conflicts. 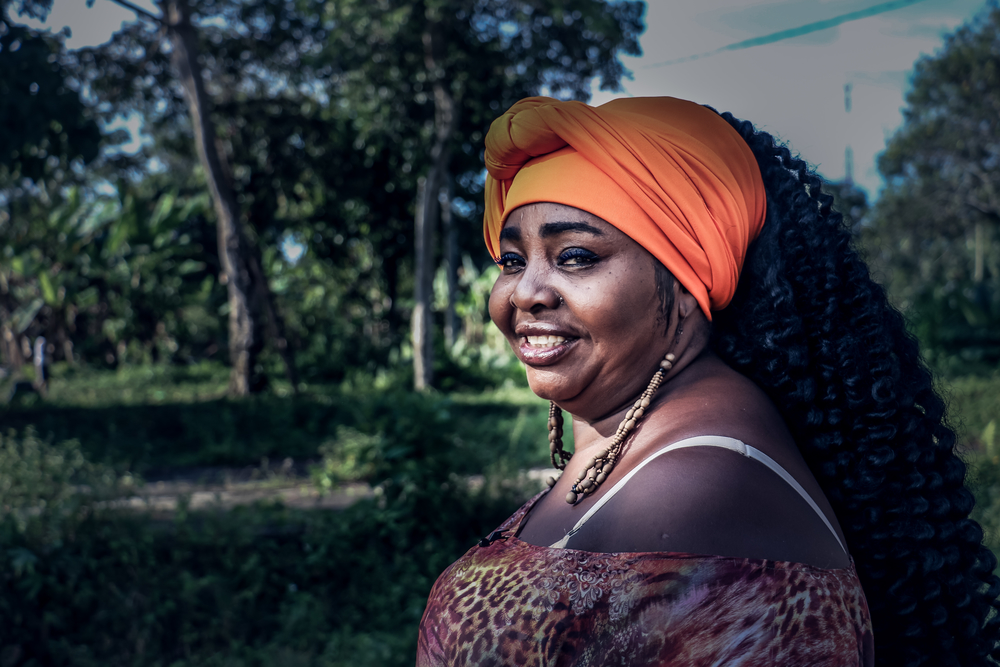 With the support of an MSF psychologist, the woman known as La Negra Ardiente has emerged as an important figure in her community.

La Negra Ardiente was born near Tumaco, in an area that deteriorated as conflict consumed the region. As an adult she was beaten, abused, and raped. As a result of these attacks, she suffered from severe depression and had suicidal thoughts. "After the armed conflicts [began, life] became very stressful," she says. "You always lived in fear. Before that there was no fear here . . . There were always grenades going, boom, boom. It became unbearable to be here."

Through workshops and one-on-one counseling with an MSF psychologist, she was able to put the traumas of the past behind her. Inspired by the play of light from candles at a vigil, she adopted her new name, La Negra Ardiente, to signal that she is "burning" like a flame. Now she is a community leader, looking out for and supporting her neighbors, whom she calls her family.

"I try to contribute something good to the family," she says. "We are training young people, children, adolescents. Teaching them dance, teaching them how to sing, to dilute [and] lessen the fear." 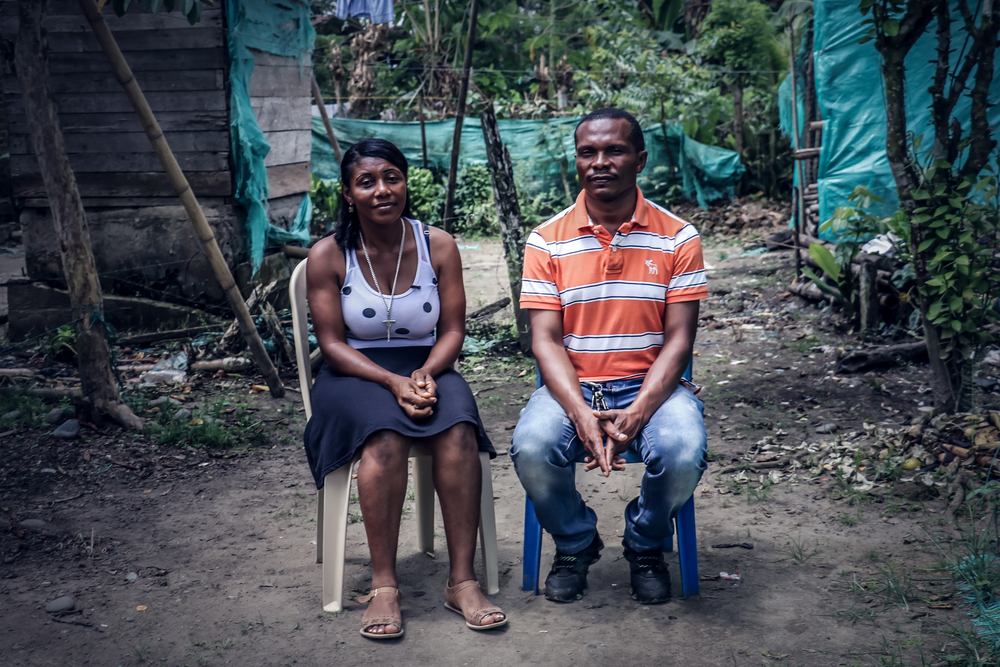 "I was at my sister-in-law’s house and at that exact moment my brother-in-law was murdered in the house," remembers Betty. "From that moment, my life completely changed."

Betty’s husband was the one who went looking for help. After hearing about the services that MSF provided, he arrived at the clinic one morning in August 2016, extremely distressed. If MSF could not help Betty, he said, he did not not know what to do. Betty began counseling sessions with Dr. Yeni, an MSF psychologist, soon afterward.

Betty was diagnosed with post-traumatic stress disorder (PTSD). Seeing her brother-in-law murdered had triggered a psychotic depression. When she first began to receive help from MSF, Betty did not know where she was or what day it was. She had not left her room in days. She cried constantly and did not eat. She was about to lose her job and could no longer take public transport because she was afraid that people would harm her.

Through her sessions with Dr. Yeni, Betty learned to understand and control these feelings. The psychologist gave her tips on how to control her emotions and rid herself of negative thoughts.

"Now I feel much better, thank God, because I am living my normal life again," she says. "I can walk alone and all that. I feel that things have improved from that time to now."

With the Community: Elva's Story 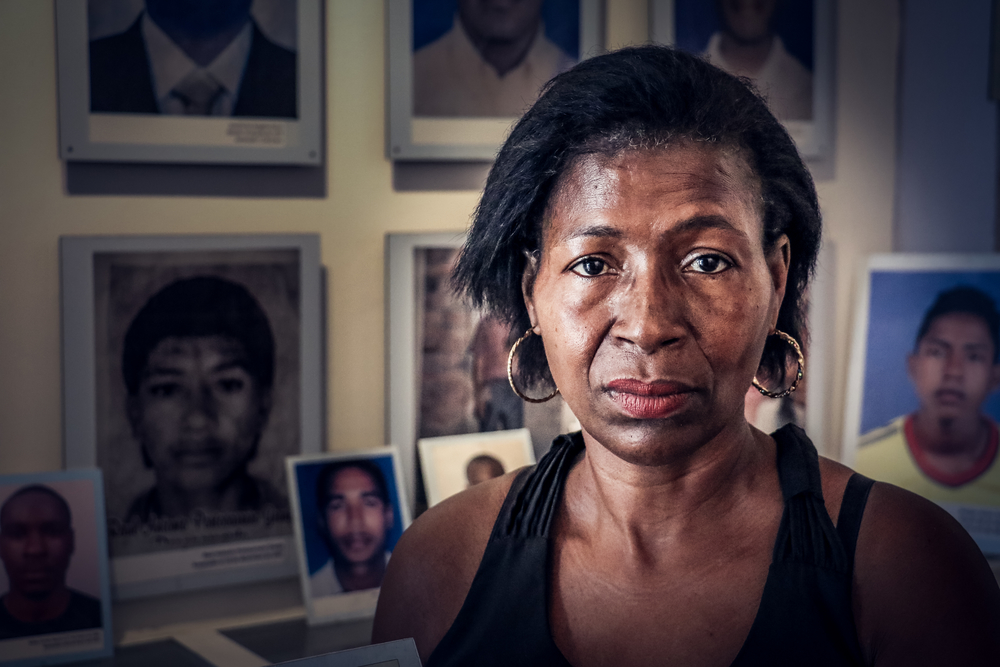 As a community leader and women's rights activist, Elva Gonzalez has dedicated her life to helping others, even at the expense of her own mental health as her work exposed her to suffering, threats, and abuse. She lost many friends and colleagues to the violence that has ravaged the streets of Tumaco for so many years.

"Many have died working for the community," says Gonzalez. "People who wanted their community to change, to have a different future, to better their knowledge." She lives in Tumaco’s Once de Noviembre neighborhood, an area previously controlled by paramilitary groups that ruled people’s lives and killed with impunity.

Eventually, Gonzalez's exposure to so much suffering began to affect her own well-being. "As a community leader . . .  I did not sleep at night," she says. "I thought that when I heard something like a stone fall, it was a grenade. Then my life, my health was poor . . ." She received counseling from MSF, which helped her come to terms with her experiences and regain both her mental and physical health.

"I thank God for MSF arriving . . . The great service that MSF gave me," she says. "I had talks with a psychologist, with the social worker, about mental health, which is what was affecting me. When you talk, when we are in the conversation, you unload those things that pinch you inside the stomach. And when you recount your life, what is happening to you, when you cry, some of those bad energies that are in your body come out."

By providing free, high-quality mental health care, MSF has helped the wider community recover from the violence of both past and current conflicts. "Today I am told, ‘I am going to make an appointment for my son with MSF because he is very nervous, or he is not sleeping, to see what is happening,'" says Gonzalez. "That is very beautiful, and Tumaco needed it, because we did not have it."