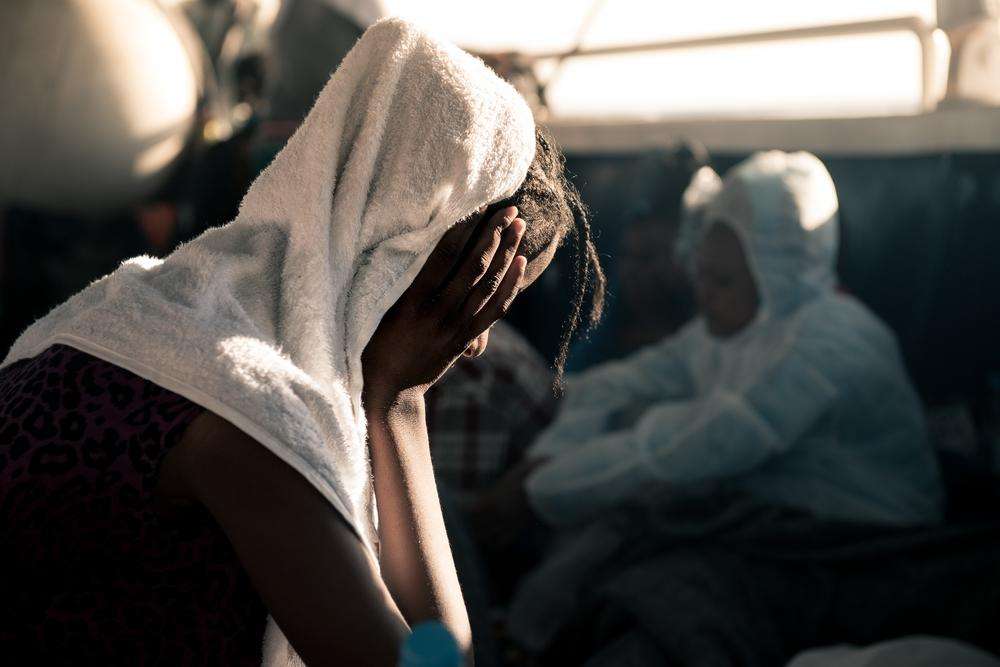 Lives on the Line: Caring for Displaced People

Join Doctors Without Borders for a webcasted panel discussion on the human consequences of the global refugee crisis. With a record number of 68.5 million people forced from home, stories of individual suffering and survival often get lost. Panelists will examine the physical and mental health consequences of displacement, the impact of harsh migration control measures, and policy solutions to address the needs of people on the move.

Angilee Shah, is a senior editor for Global Nation, PRI.org, and PRI's The World coverage of immigration in the US. In addition to her work as an editor, she has reported from across Asia, including China, Thailand, Indonesia and Sri Lanka, and on diverse cultures across the US, from Southern California to Minneapolis. She has been a fellow of the Institute for Justice and Journalism, Journalism and Women Symposium and Illinois Humanties, a consulting editor to the Journal of Asian Studies and co-editor of Chinese Characters (UC Press, 2012).

Dr. John Lawrence, MSF-USA Board of Directors President, was appointed president of the board of directors of MSF-USA in June 2016, having previously served as vice president of the board. Dr. Lawrence attended Dartmouth College and Dartmouth Medical School, then completed a family practice internship and worked as a general medical officer in Tuba City, Arizona, on the Navajo Reservation. He then returned to residency and completed training in general surgery at the University of Rochester, in Rochester, New York, and pediatric surgery at St. Christopher’s Hospital in Philadelphia. For the past 20 years, he has been a practicing pediatric surgeon, primarily in academic settings, and he is currently a staff pediatric surgeon at Maimonides Medical Center in Brooklyn, NY. Owing in part to a longstanding interest in global health, Lawrence has completed eight surgical missions with MSF since 2009 and recently began coursework for an MPH degree through the Bloomberg School of Public Health at Johns Hopkins University. Dr. Lawrence has served MSF as a surgeon in Liberia, the Central African Republic, Ivory Coast, Haiti, Syria, and the Democratic Republic of the Congo.

Liza Ramlow, MSF Midwife, grew up in La Crosse, WI, graduated from Oberlin College and Ohio State University. Liza received her degree in Maternal and Child Health and Nurse Midwifery from Columbia University in New York City. She then did her integration at the Gundersen Clinic in La Crosse and took her first job there as staff midwife. Most of her career was spent building “The Birthplace” at Franklin Medical Center in Greenfield, Massachusetts – a full-scope, collaborative midwifery-based OB/GYN practice. Liza “retired” in 2010 to fulfill a longtime desire to work as a midwife in international settings. Liza has completed 10 assignments with MSF in Bangladesh, Italy (where she worked on MSF’s search and rescue boat in the Mediterranean), South Sudan, Central African Republic, Burundi, Democratic Republic of Congo, Zambia, and Nigeria.

Ibrahim Hirsi is a first-year Ph.D. student at the University of Minnesota, where he studies modern U.S. history with an emphasis on immigration. Before graduate school, he worked as an immigration reporter for MinnPost and other local news organizations in Minnesota. Born in Somalia, Ibrahim moved to Kenya with his family after the civil war erupted in his homeland. He completed part of his high school education in Nairobi before relocating to Minneapolis 13 years ago. He is a graduate of the University of Minnesota, where he earned a bachelor’s degree in journalism and worked as a student reporter for the Minnesota Daily. In 2010, he returned to Kenya as an intern and assistant researcher for the Centers for Disease Control and Prevention, spending three months in the world’s largest refugee camp, Dadaab. In addition to his work in cholera outbreak prevention in the camp, Ibrahim also launched The Refugee, a newspaper he founded after introducing a group of refugees to news reporting and writing through a weeklong workshop. The newsletter has since grown into a bi-monthly magazine, giving thousands of refugees in Kenya’s Dadaab and Kakuma camps a platform to share their stories. The seventh of ten siblings, Ibrahim currently lives in Minneapolis with his wife, Munira Salad, a community health professional with International Institute of Minnesota.

Dr. Patricia Walker is a Professor of Medicine at the University of Minnesota, and Director for HealthPartners Travel and Tropical Medicine Center in St Paul, Minnesota. She has been involved in refugee health care as a clinician, teacher and researcher both internationally and in the US since she responded to the Cambodian refugee crisis as a medical student in 1979. She established the Global Medicine Pathway at the University of Minnesota, designed to help train the next generation of physicians in global health, and co-edited the first textbook in the field, Immigrant Medicine, She served for 23 years as the Medical Director for HealthPartners Center for International Health. The Center is widely acknowledged by the CDC and others as defining the best practices in care for refugees nationally. Her work in refugee health has been described in the book about the Center, My Heart it Is Delicious, as well as featured in an award winning documentary film, American Heart. She has received 28 awards for her work, including a Distinguished Alumnus in Medicine award from her alma mater, Gustavus Adolphus College, and Top 100 Influential Health Care Leaders in Minnesota. As the President of the American Society of Tropical Medicine and Hygiene (ASTMH) last year, she led advocacy efforts responding to the Trump administration’s travel ban and others policies which negatively impact globally mobile populations. She grew up in Thailand and Laos, and speaks both Thai and Cambodian.