Snakebite poisoning is one of the world’s most neglected tropical diseases although recently it has started to receive greater attention. More than 20,000 people die from snakebites each year in sub-Saharan Africa alone, where Doctors Without Borders/Médecins Sans Frontières (MSF) treats several thousand victims of snakebite every year and witnesses its devastating impact on victims, their families, and communities. Access to proper treatment is limited, with quality antivenoms often unavailable or unaffordable.

killed by snakebites every year

left with life-long disfigurement or disability each year

sought care at MSF clinics for snakebite in 2020

People bitten by snakes typically live in tropical or subtropical countries where venomous species are endemic. Those most at risk include farmers or rural communities that depend on agriculture or subsistence hunting and gathering. With its highly agrarian economy, India is the region most affected by snakebite, followed by sub-Saharan Africa. The risk of death or permanent disabilities is increased in remote communities where access to care is poor, as it is in many regions with highly venomous snakes. This limited access may reflect the lack of effective, affordable antivenoms available, of health workers trained in treating snakebite, or of nearby health facilities, or ambulances that can transport patients to health facilities, so they can receive care quickly after being bitten. For these reasons, many victims turn to traditional healers, or to ineffective traditional medicines or low-quality antidotes. Young children under five have a higher risk of death, due to their lower body mass.

The first sign of a snake bite is the bite itself, often on the victim’s arms or legs, and showing two distinct puncture wounds from the snake’s fangs. It is important that the correct type of snake is identified, since this helps in choosing the appropriate antivenom. At MSF’s clinics, patients can often do this using photos of local venomous snakes. Many patients are understandably stunned immediately following a snakebite, however, and often cannot recall its shape or markings.

If the patient and medical staff are unable to identify the snake based on recall or wound appearance, they may rely on the symptomology of the patient, since the symptoms, described above, vary from snake to snake. This approach has its own difficulties, however, since the composition of snake venom can vary within species and even within generations of the same species. This variation thus potentially produces different symptoms than may be expected.

A final diagnostic approach is through laboratory analyses, which many low-resource settings lack the capacity to carry out. A patient’s blood can be tested for various clotting patterns and abnormalities, which can give clues to both the type of snake and the severity of the envenoming.

Bites from venomous snakes can kill or maim people quickly. So saving lives and reducing disability requires that snakebite victims can quickly reach a health facility that has staff trained to diagnose and manage poisonous bites and has good-quality antivenoms on hand. Serious cases may also require intravenous fluids, breathing support (including provision of oxygen), control of bleeding, and wound care. Some patients, especially those that reach care late, may have such severe tissue damage, that they require surgery or even amputation of the affected limb.

Most snakebite victims with adequate treatment will heal within two to three weeks, but a quarter of patients can take up to nine months to completely recover. Some patients, especially those who were unable to reach timely healthcare or did not have access to adequate treatment, never fully recover. Patients who survive a snakebite but lose limb function—or lose their limb altogether—need extensive rehabilitation, but this is often not available where they live. Many go on to lead lives of poverty and exclusion from their community, while families may also suffer financial ruin due to the loss of their breadwinner’s ability to work.

Necrosis, or death, of skin tissue occasionally leads to painful tightening of the skin, muscle, tendons and ligaments which requires surgical intervention (something that is unavailable to many snakebite victims). Some snakebites can cause kidney damage that can progress to chronic renal failure, and others may prompt endocrine dysfunction. The trauma of a snakebite injury has been shown to sometimes lead to depression and post-traumatic stress disorder as well.

Antivenoms are rarely available in rural and low-resource settings, where most snakebites occur. When they are available, patients are often required to pay out-of-pocket, which proves to be cost-prohibitive for many. Early access to healthcare is vital for snakebite injuries, but in rural settings where the closest health clinic may be hours away, many patients are unable to reach adequate care before it is too late.

The vast majority of antivenoms are created in a highly costly and time-consuming process that has barely changed since the 19th century, and involves immunizing animals, mainly horses, with non-fatal doses of antisera. Antibodies are then purified from the horse’s blood, creating an antivenom that can be used to treat envenomed humans. Often, however, these antivenoms are not properly created or adequately tested before being introduced to the public, calling their clinical safety and effectiveness into question. Many products don’t disclose the species of snakes used to create the antivenom, causing frequent mismatch between the antivenom and the common, local poisonous snakes. Since the cost is often prohibitive, demand for antivenoms appears to decline, further hindering the monetary incentive for pharmaceutical companies to engage in research and development. The high cost of effective antivenoms often leads individuals to pay for cheaper, less safe alternatives that contribute to snakebite morbidity and mortality.

How MSF responds to snakebite

In many poor regions where venomous snakes are a significant threat to local populations, MSF is the only provider of free, quality medical care. This begins with caring for patients who arrive at our clinics, from diagnosing the type and severity of their envenoming to the extent possible, to treating their symptoms, giving antivenoms when appropriate, and providing follow-up care. We also provide surgical care for those who need it. Of the patients we treat for snakebite, the majority are in Central African Republic, Ethiopia, South Sudan, and Yemen.

Advocacy is another key pillar of our response to snakebite. Our advocacy focuses on overcoming the barriers to care, which range from low global investment in developing and testing antivenoms effective specifically against the bites of local snakes—which vary widely by geography—to the unaffordably high prices of those few products that may be locally available. We have also strongly supported the World Health Organization in adding snakebite to its list of priority Neglected Tropical Diseases and in its strategy, launched in May 2019, to tackle the crisis. Looking ahead, we will continue to press for full implementation and rapid expansion of access to care.

We also conduct research to help address these barriers, focusing on gathering clinical data about the safety and effectiveness of antivenoms in specific geographic regions. Recent findings from Agok, South Sudan, where the only antivenom with known effectiveness against local snakes is no longer produced, showed that two new antivenoms were both safe and highly effective against the bites of specific types of local snakes. In Ethiopia, we conducted a study into the effectiveness of three different antivenoms, finding significant variation in the likelihood of positive treatment outcomes and complications. This study also highlighted the need for sustained investment in antivenom innovation and production, as well as advocacy to improve health-seeking behaviors for snakebites.

Snakebite is a hidden health crisis 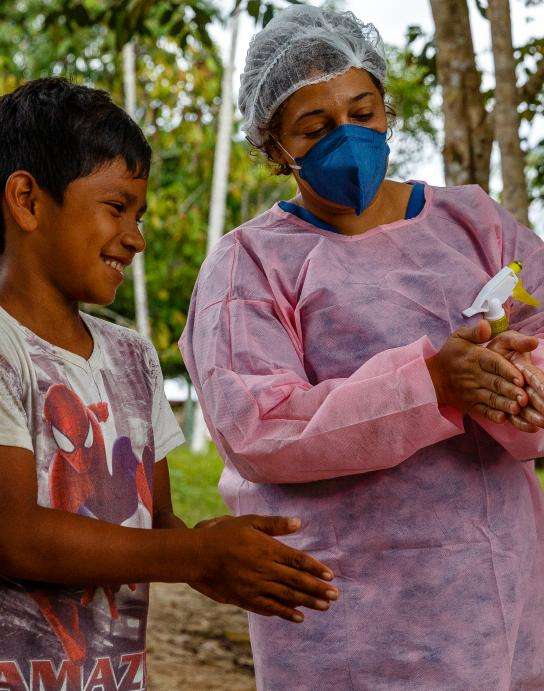 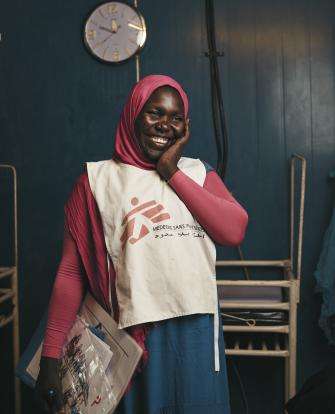 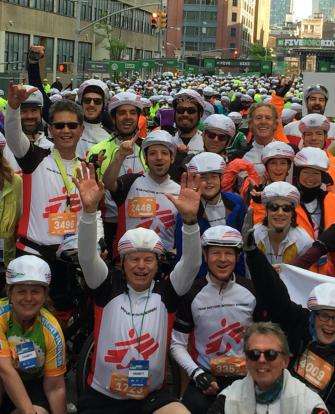